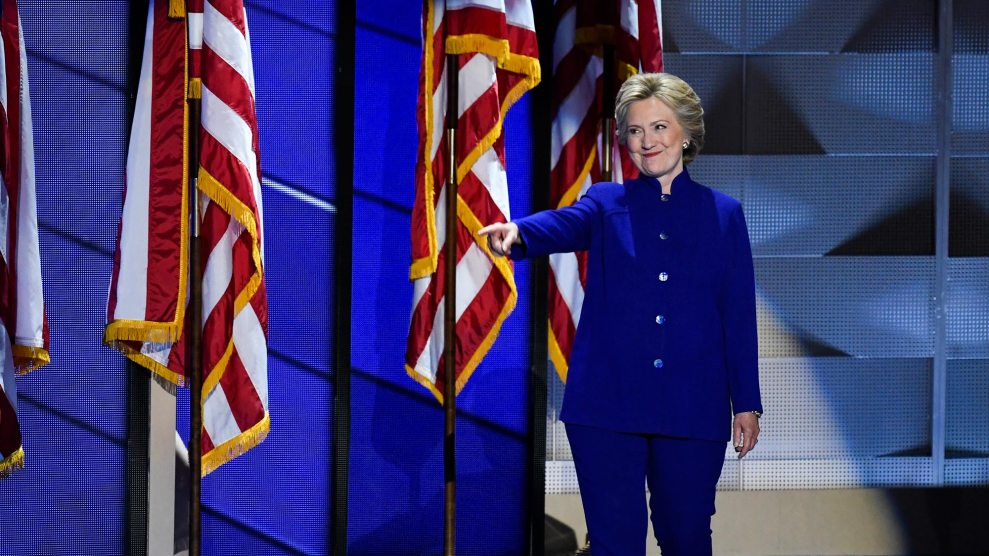 On the last night of the Democratic convention on Thursday that will culminate when Hillary Clinton accepts the nomination and addresses the audience, a representative from an unlikely group will be in the lineup of speakers preceding her: Jennifer Pierotti Lim, one of the leaders from Republican Women for Hillary, will address the audience.

The organization began last May when Lim, whose day job is as the director of health policy at the Chamber of Commerce, teamed up with a few other young Republican women who have rallied behind key conservative and Republican causes throughout their careers: One has volunteered for anti-abortion groups, another was an intern in the Bush White House, and another once campaigned for Mitt Romney and Trent Lott. They were all uncomfortable with the candidacy of Donald Trump and sought an alternative. The group began by setting up social media accounts on Facebook and Twitter, and it soon moved on to in-person meetings, sometimes over drinks, in Washington, DC.

On their Facebook page, Republican Women for Hillary lists a simple mission: “Vote to make sure women don’t get Trumped.” Lim acknowledges that there are many policy disagreements between this group’s members and the Democratic nominee. But their goal is part get-out-the-vote and part an attempt to protect the Republican Party from being further fractured by Trump’s candidacy.

Lim, along with Meghan Milloy, a member of the group’s steering committee, told CNN that the decision to start this group and align with the Democrats was difficult. “It has been tough for me to come to this point where I can vote for a candidate who has been very against what I’ve been working for for most of my professional career,” said Milloy, who currently works at the American Action Forum, a right-leaning think tank. “That being said, I can’t vote for someone like Donald Trump because he’s overtly racist and misogynist.”*

The group has encountered its fair share of skepticism and pushback from fellow conservatives. When Milloy went on Fox News last week, correspondent Leland Vittert asked her how she could continue to call herself a Republican, given that Clinton has run “pretty far hard to the left.” “None of the ideals that Donald Trump has been espousing are Republican ideals either,” Milloy replied.

In the months ahead, RWFH plans to hold events for other anti-Trump Republicans and sponsor voting efforts for Clinton. Lim told CNN she will even donate to the Democratic campaign, something she has never done before.

Correction: An earlier version of this article misidentified the name of Milloy’s employer.