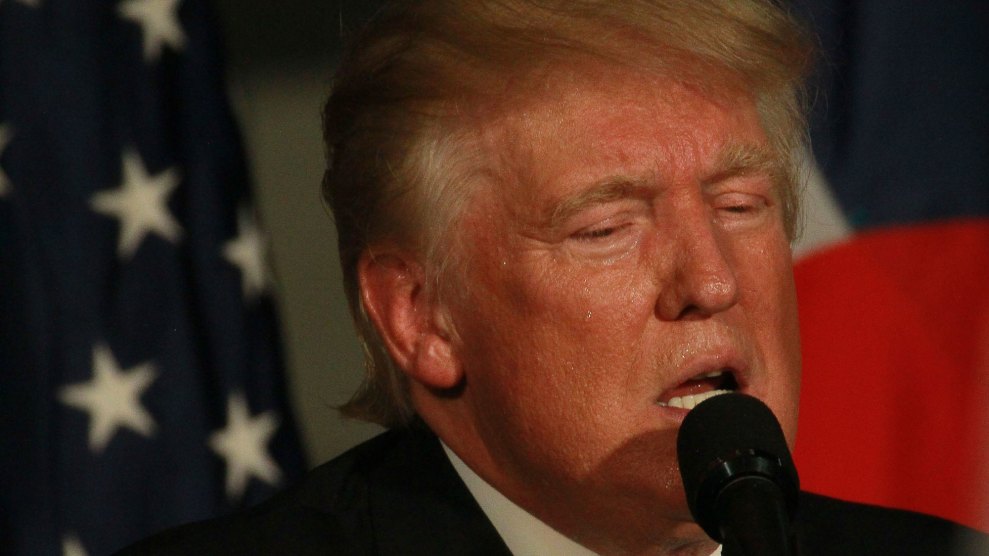 In one of the most poignant speeches of the Democratic National Convention, the father of a Muslim soldier who died in Iraq condemned Donald Trump, saying the GOP nominee had “sacrificed nothing and no one.” Trump responded on Saturday by arguing that he, too, has made sacrifices for the country by creating jobs. And he questioned why the soldier’s mother, who appeared on stage with her husband but did not speak, had remained silent, suggesting that perhaps this had to do with family’s Muslim faith.

On Thursday, Khizr and Ghazala Khan, the parents of Purple Heart recipient U.S. Army Capt. Humayun Khan, appeared at the convention in Philadelphia to highlight their son’s heroism and their family’s patriotism. At one point, referring to the Republican nominee’s proposal to halt Muslim immigration, Khizr Khan asked Trump, “have you even read the United States Constitution?” and he proceeded to pull out a copy from his coat pocket.

Trump did not immediately weigh in, but when he was asked by the New York Times’ Maureen Dowd for his response to Khan’s speech, he offered one sentence: “I’d like to hear his wife say something.”

In an interview with ABC News on Saturday, Trump elaborated on his comments to Dowd, saying that he believed Ghazala Khan had stayed quiet because “maybe she wasn’t allowed to” speak, because of the dictates of her Islamic faith. But Ghazala Khan has spoken, telling MSNBC that the grief for the loss of her son is still so strong that when she sees a photo of Humayun it’s all she can do to keep her composure:

In that interview, Ghazala Khan recalled what she had once told her son. “Don’t become hero for me,” she said. “Just be my son. Come back as a son.”

Trump also responded to Khizr Khan’s most memorable line—”you have sacrificed nothing and no one.” To the contrary, the real estate mogul told ABC, “I think I’ve made a lot of sacrifices.” He elaborated on those sacrifices, saying, “I’ve created thousands and thousands of jobs, tens of thousands of jobs, built great structures. I’ve had tremendous success.”

The aspiring commander in chief is not a veteran himself; he received a medical deferment from Vietnam because of bone spurs in his foot, but later told Howard Stern that avoiding STDs during his freewheeling bachelor days in the 1970s was “my personal Vietnam—I feel like a great and very brave soldier.”