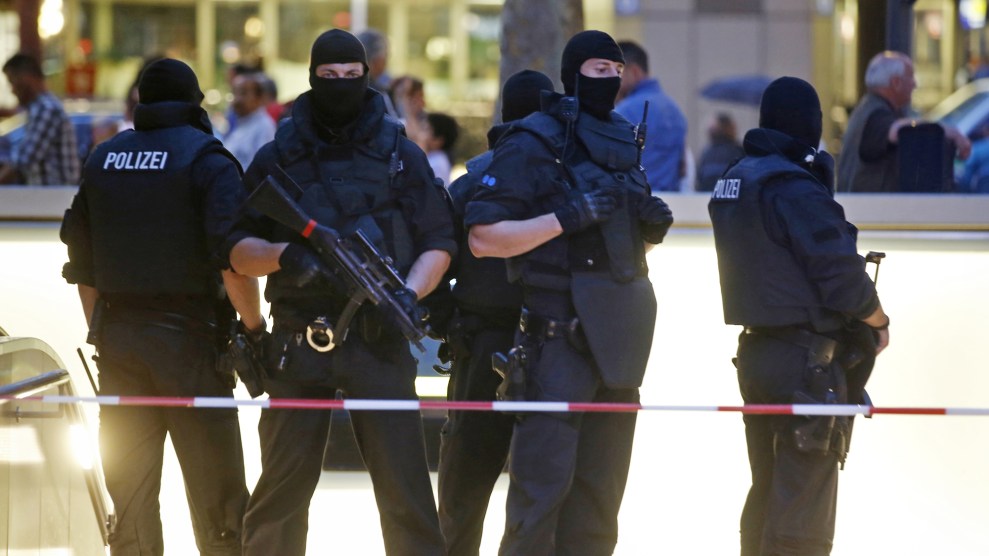 As a string of gun rampages continues in America and beyond, more evidence is emerging that copycat mass shooters are on the rise—a danger amplified and accelerated by social media. Two mass shootings this month build on disturbing patterns seen in other recent cases: an attack on police officers in Baton Rouge, Louisiana, and another on mallgoers in Munich, Germany, whose perpetrator displayed a host of behaviors underscoring this troubling phenomenon.

The attacker in Baton Rouge, a 29-year-old black Army veteran who killed three cops and wounded three others before a SWAT officer took him out, was prolific on social media before he struck. Among the many YouTube videos Gavin Long made of himself and shared via Twitter and Facebook are ones where he expressed his admiration for the mass killer who gunned down officers in Dallas just 10 days before Long’s own attack. “With a brother killing the police you get what I’m saying—it’s justice,” Long declared about the Dallas attacker—himself a young black Army veteran who had served in a war zone.

The gun rampage carried out in Munich last Friday by 18-year-old Ali Sonboly threw that city into chaos over fears of a multipronged terrorist attack. (Early reports of active shootings these days invariably are fraught with misinformation—a similar unfounded panic hit Dallas—though Munich had plenty of reason to overreact, with Germany increasingly targeted by ISIS.) But Sonboly, the lone perpetrator who killed nine people and injured numerous others before committing suicide as law enforcement closed in, appears to have had no connection to Islamist terrorism.

The Munich attacker was not the first who showed an interest in the book on school shooters: An 18-year-old who went on a rampage in Colorado in 2013 also had a copy.

Instead, investigators have uncovered a range of evidence suggesting Sonboly was a textbook copycat attacker. The many parallels with past cases are striking:

Obsession with prior mass shooters
One such piece of evidence was literally a textbook: In the apartment where Sonboly lived, investigators found a German-language edition of Why Kids Kill: Inside the Minds of School Shooters. The book’s author, American psychologist and school shootings expert Peter Langman, told me that his “heart sank” when he learned of that discovery. It was not the first time an attacker displayed an interest in Langman’s case studies. The 18-year-old who went on a rampage at Arapahoe High School in Colorado in December 2013 also had a copy of the book. Investigators in Munich also learned that Sonboly had collected news coverage and other information on past attacks, a behavior familiar from the Newtown killer and many other mass shooters.

Such content helps fulfill the need of aspiring killers to find people they can identify with, says Langman. “Having a role model or an ideology that supports their violent intentions may serve the purpose of transforming what is otherwise aberrant and abhorrent into something admirable,” he says. “It validates their urge toward violence.”

Targeting an anniversary
Sonboly went on his rampage precisely five years after one of Europe’s worst massacres in modern history, the attack carried out in July 2011 in Norway by a lone killer who took the lives of 77 people and injured hundreds of others. As with the Norway massacre, which took place primarily at a youth summer camp, most of Sonboly’s victims were teenagers. 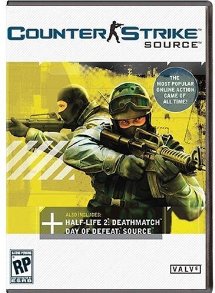 A game the Munich perpetrator reportedly was “obsessed” with

The desire to strike on the anniversary of a high-profile mass killing is not uncommon among would-be copycats, as I documented last year in my investigation of the “Columbine effect.” Since 1999, at least 14 perpetrators who emulated the Columbine killers have plotted to attack schools around the United States on that same date in April.

“Pseudocommando” ambitions
Forensic psychologists specializing in threat assessment have documented numerous mass shooters who cultivated a “pseudocommando” image—those who were obsessed with military weapons and paraphernalia and aspired to a “warrior mentality.” In Sonboly’s case, he may have nurtured such tendencies in part through first-person shooter games, including Counter-Strike: Source, a game that German investigators said he was obsessed with.

Weaponizing social media
Particularly chilling is how Sonboly apparently used Facebook to try to lure young victims to a McDonald’s restaurant across from Munich’s Olympia shopping mall, where he shot seven of his victims. (According to investigators, he may either have hacked a teenage girl’s account or created a phony Facebook page where he promised free food at the restaurant.)

Other recent rampage shooters have used social media as a tool in their attacks: In August 2015, an enraged ex-TV journalist gunned down two former colleagues in Virginia during a live broadcast and then posted his own footage of the killing on Facebook and Twitter, in what was dubbed the first “social-media murder.” And in June, the mass killer who struck inside an Orlando nightclub logged onto Facebook while he was in the process of killing, to see if news of his attack had gone viral. Threat assessment experts warn of more of this behavior to come.

A pre-attack pilgrimage
Another disturbing facet of Sonboly’s attack planning connects to a previous case: Investigators found evidence that he began preparing for the rampage about a year ago, after he visited the site of a 2009 school massacre in Winnenden, Germany. “We found a manifesto of his, in which he considers such attacks,” said Robert Heimberger, the chief of the Bavarian State Criminal Police. “From photos we found on a digital camera, we know that he visited the site and took pictures there.” Heimberger added that Sonboly was “obsessed” with the school shooting in Winnenden. 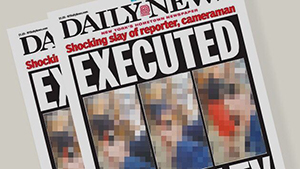 Other mass shooters have engaged in these types of pilgrimages, seeking inspiration, tactical information, or both. As my investigation last year also showed, there are three publicly known cases in which perpetrators traveled to Columbine High School from other states as they plotted lethal attacks, two of which were ultimately carried out. (One took place in Washington state and another in North Carolina; an attack planned for a school in Utah was thwarted.) And those are just the cases that have been reported in the media—there have been more. In the course of my research on mass shootings, several veteran law enforcement officials have told me about other cases—involving Columbine as well as other sites of high-profile attacks—that have drawn these kinds of visits. (The officials, from regional and federal law enforcement agencies, shared this information under the condition that the details remain private.)

The rise of ISIS-inspired attacks in Europe and the United States has only further complicated the question of what motivates individuals to carry out mass shootings. A complex set of factors plays into this, from mental health to the role of social media. In the aftermath of Orlando, popular wisdom quickly settled on “ISIS terrorist”—but as I reported then, some threat assessment experts suggest that explanation, favoring the ideological over the clinical, may have been too simple or possibly even wrong.

“It seems to me that this phenomenon is feeding on itself, growing with each new incident.”

Over the last few months, as I’ve spoken with threat assessment and security experts who work in a wide range of settings around the country, I’ve been struck by a similar theme from many of them: Threat caseloads have been growing, and their “op tempo” has been rising. A bitterly contentious political climate, the threat of terrorism, and global instability undoubtedly are factors. But with mass shootings heavily in the air these days—perhaps in part because of unwarranted hype from the media—some are concerned that we’ve entered “a new normal.”

During and immediately after the Baton Rouge attack earlier this month, I happened to be attending a conference with numerous law enforcement officials and security experts; unsurprisingly, the atmosphere among this typically stoic group of professionals included some palpable emotion and concern. One veteran school security leader from Colorado spoke of dealing with a record threat caseload over the past year. A leader of a SWAT unit from a Northeastern state described to me the added contingencies he was now tasked with putting in place for any public events drawing crowds—now there is the added layer of protecting the police as they protect the public.

There is a troubling sense of streams converging, of thresholds being crossed.

“I think that the more the taboo against mass murder is broken, the easier it becomes for the next perpetrator. Thus, it seems to me that this phenomenon is feeding on itself, growing with each new incident,” says Langman. “For those who feel like they are nobody, the path to becoming somebody is very simple—get a gun and shoot a lot of people.”