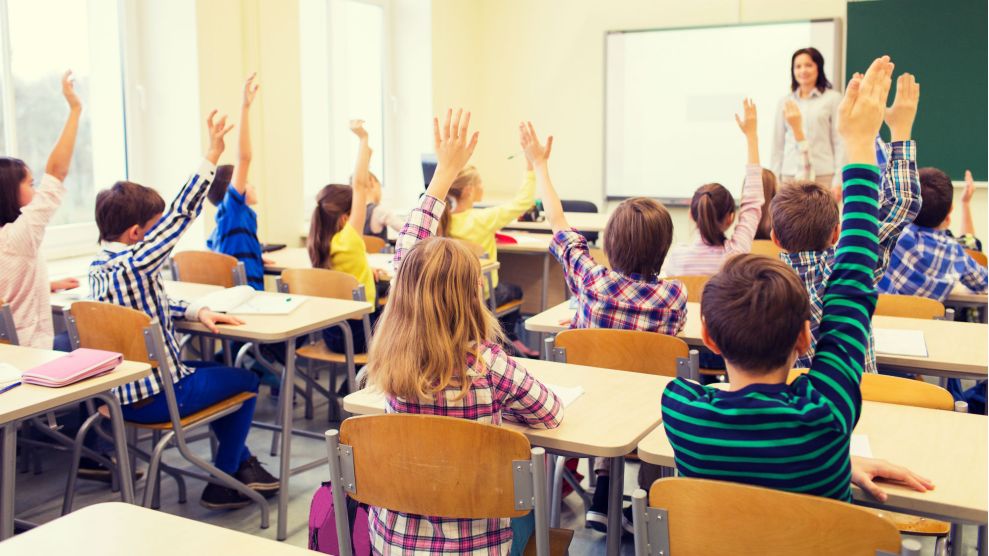 Last week, the California Board of Education unanimously voted to approve a new history-social science curriculum for students from elementary through high school. The curriculum includes new requirements on the study of various religions, financial literacy, voter education, genocide and people with disabilities, but also instruction on prominent gay leaders and historical milestones for gay rights.

According to the Associated Press, the proposed outline will address LGBT family structures for second graders, and California’s role in the gay rights movement for fourth grade students. Other LGBT topics will be featured in fifth and eighth grades and then throughout high school. Some California teachers have already featured LGBT figures and rights in their lessons, but in the past, those who did could have faced parental blow-back. With this measure, the requirements are clear and teachers are protected.

“This is a big win for our students,” said Tom Torlakson, state superintendent of public instruction, in a statement. “This document will improve the teaching and learning of history and social science. It will give our students access to the latest historical research and help them learn about the diversity of our state and the contributions of people and groups who may not have received the appropriate recognition in the past.”

The revamped curriculum aims to comply with a 2012 law that expanded language in the state’s education code to include the “study of the role and contributions of…lesbian, gay, bisexual and transgender Americans, persons with disabilities, and members of other ethnic and cultural groups, to the economic, political, and social development of California and the United States of America.” The code urged educators to do this “with particular emphasis on portraying the role of these groups in contemporary society,” while also banning “negative material on the any person or group based on race, gender, religion, disability or sexual orientation.” Efforts to overturn the law delayed its implementation, along with competing priorities in California schools and budget cuts. Conservative opponents of the legislation argued that discussions about sexual orientation are better left in the home, rather than discussed in schools by teachers.

“LGBT students are frequent targets of bullying and harassment, leading to lower graduation rates, depression and a suicide attempt rate up to four times higher than their non-LGBT peers,” said Rick Zbur, Executive Director of Equality California, a LGBT advocacy group, in a statement. “An LGBT-inclusive curriculum helps create an environment where all students can thrive. And by seeing themselves reflected in lessons and materials, students’ experiences are validated and their sense of self-worth reinforced, creating the opportunity for students to be able to achieve academically.”

During state Board of Education meetings about the proposal, there was no objection to the inclusion of LGBT rights in the new curriculum. Instead, members of the board spent their time grappling with the  framework of classroom discussion on Hindus, Muslims, Jews and Japan’s use of “comfort women” during World War II.