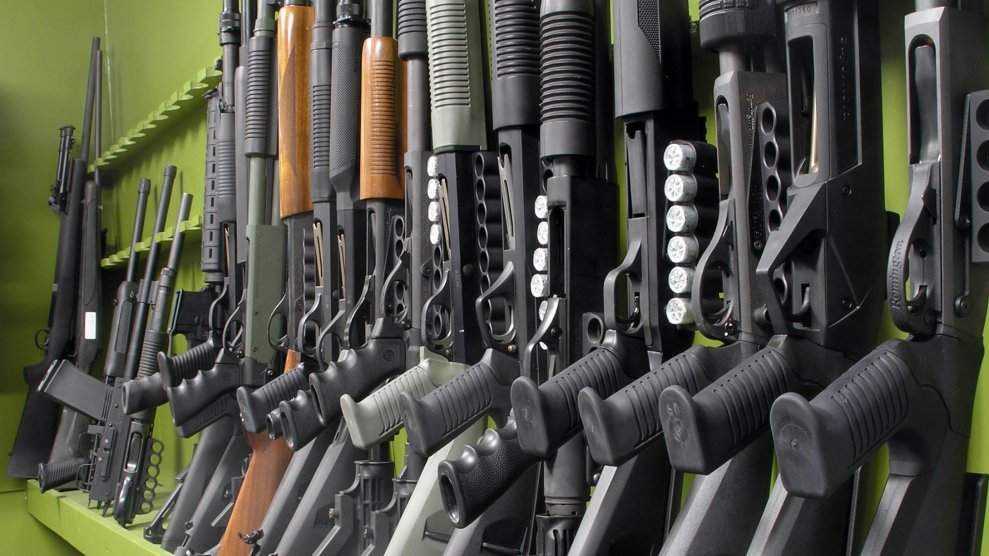 The video that made the rounds following the police shooting of Philando Castile, a black man shot during a traffic stop in a Minnesota suburb last week, sparked outrage on social media and international protests over the weekend. According to Castile’s fiancée, who shot and narrated the video, Castile was reaching for his ID when he was shot, after he had informed the officer he was armed and had a permit to carry. The shooting and other cases like it have sparked concern among black gun owners—and raised questions about whether the Second Amendment is being applied equally to them. “It terrifies me,” the founder of the Dallas-based Huey P. Newton Gun Club, which advocates black gun ownership, told the New York Times.

Black Americans have historically been the target of black codes and Jim Crow laws aimed at disarming them, notes Philip Smith, founder of the National African American Gun Association. He attributes the ownership increase to several factors. Many blacks, he says, are simply feeling the need to protect themselves against violent crime. (Black Americans are more likely than members of other ethnic groups to be the victim of a gun homicide.) Fear of terrorism also comes into play, he says—the reasons, he adds, vary by sub-demographic—single women, married fathers, rural versus urban, etc.

Smith launched his organization in Atlanta in February 2015. It now boasts more than 11,000 members, he says, and has chapters or groups interested in forming one in about a dozen states—65 percent of the members are women. Before, it was, “‘Don’t get a gun because you can kill yourself’ [or] ‘your kids can hurt themselves.’ But people are saying, ‘Hold on, if I’m in a home by myself at five o’clock in the morning and someone comes banging through my door to rob and kill my family, the police are not going to make it there in enough time. So I need to be able to deal with that threat.'”

Smith, who has a concealed-carry permit, says he has been pulled over more than once while carrying a gun. He told the officers that he was carrying, and there were no problems. But he’s certainly aware of encounters that did not go so smoothly. “I’ve seen situations on YouTube and stories on the internet and in newspapers where people had been in situations like mine where they say, ‘Get out of the car! Put your hands on the hood!’ They arrest you or put you in the back of the car, they take your gun, and they run your gun. It can go a thousand ways.”

Another encounter that went south took place in Florida one night last October, when Palm Beach Gardens police officer Nouman Raja approached 31-year-old Corey Jones, whose vehicle had broken down on a highway exit ramp late at night. Raja, who didn’t identify himself as a cop, was dressed in plain clothes and driving an unmarked police van. He opened fire after Jones, likely unaware that he was dealing with law enforcement, allegedly drew a gun on Raja, according to the Associated Press. Jones also had a concealed-carry permit. (The officer was charged with manslaughter and attempted murder, the AP reported.) Jones’ family published an open letter to Castile’s parents last week, reading, in part, “Your son’s life mattered. Our son’s life mattered.”

After watching the Castile shooting video, Smith told me, he will no longer tell an officer who pulls him over that he is armed. “I keep my gun on my hip. They don’t know I have it there anyway. Give me my ticket and I’m on my way,” he says. “I don’t want to add any layer of additional pressure to that situation when I interact with the cops.”

New data suggests that police are more likely to use force against black suspects than white suspects, although shooting rates are about the same.

A 2015 study by researchers at the University of Illinois found that people will shoot at images of armed black men more quickly than images of armed men of other races, and take more time to decide not to shoot when presented with an image of an unarmed black man. More recent data suggests black people are no more likely to be shot by an officer than white people, although cops are more likely to use other kinds of force against African Americans.

Robin Wright, who studies implicit bias at Ohio State University, told the New York Times that black gun owners face negative perceptions about their intent. “It’s really just getting at what we know to be a pervasive stereotype of blackness and criminality,” she said. “If you see a black person with a weapon, you don’t assume that it’s legal.”

Racial bias may also have played a role in the police shootings of 12-year-old Tamir Rice and 22-year-old John Crawford in separate Ohio incidents in 2014. Both were carrying toy guns and were shot, even though Ohio is an open carry state. (Another black man, Jermaine McBean, was shot in 2013 while walking through his Broward County, Florida, apartment complex carrying a toy rifle.)

In a CNN interview, Castile’s mother said that on the day before her son was shot, her daughter—who also has a concealed-carry permit—expressed concern about carrying a gun because the police might “shoot first and ask questions later.” Smith told the Times over the weekend that black gun owners need to be aware of the racial dynamics, but that that shouldn’t deter them from exercising their right to bear arms: “If I went around worrying about what everybody’s thinking as I’m carrying a gun on my hip,” he said, “I would go crazy.”