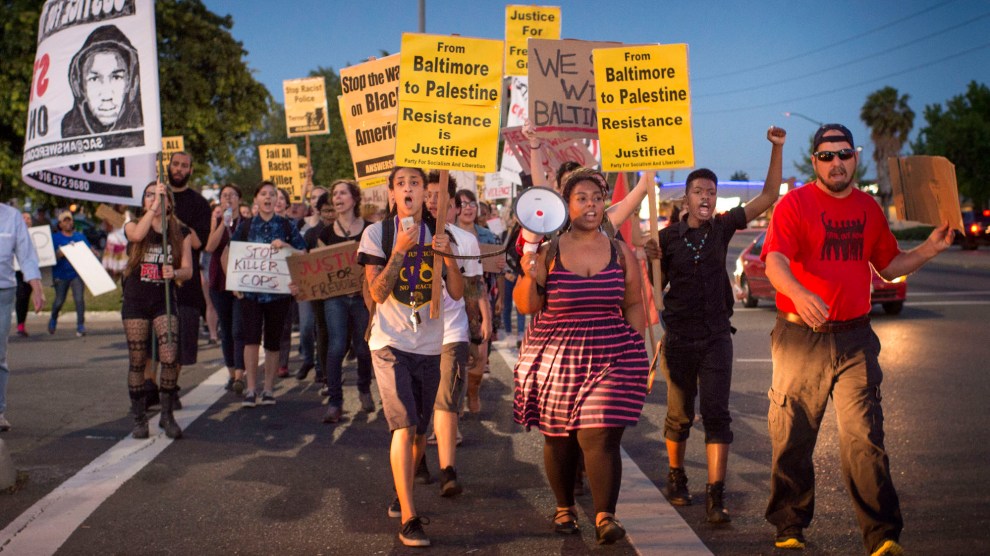 On Thursday, Black Lives Matter activist Jasmine Richards, 28, was convicted on charges of interfering with police in an incident last August in Pasadena, California. She faces a maximum sentence of four years for a crime that has been widely reported and discussed on social media as a felony “lynching.”

But the incident in which she was involved included no violence by a vigilante mob, and nobody was hanged—the misconstrued term is an artifact of California law that was in fact changed last year after outcry over a similar incident to which it was applied.

According to the Los Angeles Times, last August police arrested Richards after she allegedly encouraged a group of activists to “riot” and try to free another suspect who police had taken into custody for leaving a restaurant without paying for some food. Eight people were arrested, including an 11-year-old and three teenagers under the age of 17. Richards was the only one booked and charged with felony lynching, defined in the California criminal code as “the taking by means of riot of another person from the lawful custody of a peace officer.”

But California scrubbed the term “lynching” from its books last July, after 20-year-old Maile Hampton was arrested on that same charge after trying to pull a fellow protester away from police during a January rally in Sacramento. Hampton’s charges were later downgraded, but the outcry led one lawmaker to declare that the language of the statute was “obsolete, perverse or just wrong.” The state legislature passed the bill unanimously, and Gov. Jerry Brown signed it in July.

The original California lynching law dates back to 1933, according to the Guardian; historically it was used to protect African Americans from vigilantes. In recent years, however, critics have charged that police are using the law to punish activists, including members of the Occupy movement and Black Lives Matter.

“To take this law that was used allegedly to protect black people from being lynched, and to turn around and use this law against a black person who is actually speaking about the lynchings…that are going on at the hands of police, not just in Pasadena, but all over this country, is more than ironic, it’s disgusting,” Nana Gyamfi, Richards’ attorney, told Democracy Now on Thursday.

Sentencing for Richards is scheduled for June 7.