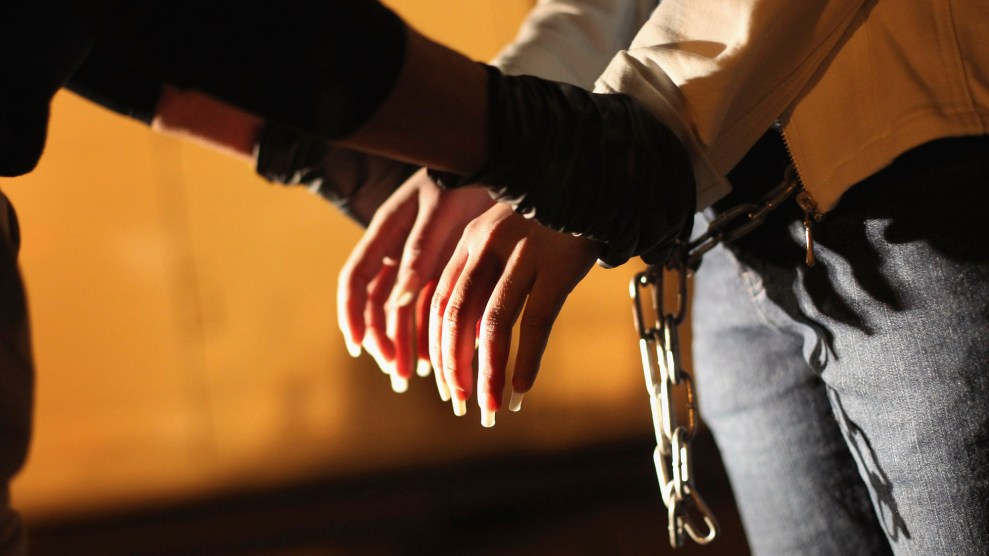 In late 2014, as part of his executive actions on immigration, President Barack Obama scrapped a controversial immigration enforcement program called Secure Communities. For years, advocates had argued the program, which required the police to share arrestees’ fingerprints with federal immigration officials, trampled immigrants’ civil liberties and instilled a deep fear of law enforcement in immigrant communities.

A year and a half later, civil liberties groups have turned their focus to a pilot program at a county jail in Fresno, California, that allows Immigration Customs and Enforcement (ICE) unprecedented access to inmates and their records at the time they’re locked up. If left unchecked, they say, the program could be almost as bad for immigrants as was Secure Communities.

The pilot program was launched in June 2015 by Fresno County Sheriff Margaret Mims as a way to keep undocumented immigrants who ended up in the Fresno County Jail from slipping through ICE’s fingers—especially those inmates who had committed serious crimes or were repeat offenders. Here’s how it works: When an inmate born outside the country is about to be released, ICE is notified ahead of time so it can review the booking records to see which ones have a criminal history that warrants deportation. On the day the inmate is released, ICE dispatches a transport vehicle and a team of personnel to pick up the inmates and transfer them to one of ICE’s detention centers.

However, in a press announcement last week, the ACLU of Northern California called the program secretive and loosely supervised by the jail. The group says that without proper supervision and transparency, ICE could detain even low-level offenders past their release date. It argues that those who haven’t yet been convicted of a crime could be coerced into signing away their rights during questioning—especially if the forms are in English and they have no time to find a lawyer before the interview.

Here’s more of what the ACLU found, based on a public records request and interviews with 11 inmates:

Since the program launched in Fresno a year ago, it has spread to three other counties in the state, and immigration experts have said it could provide a blueprint for future immigration enforcement nationwide. That has the ACLU and others concerned.

“ICE has a long track record of abusing its power and trampling people’s rights,” said Angélica Salceda, staff attorney with the ACLU of Northern California, in a press release. The Fresno County Jail program, she said, was “a recipe for disaster.”