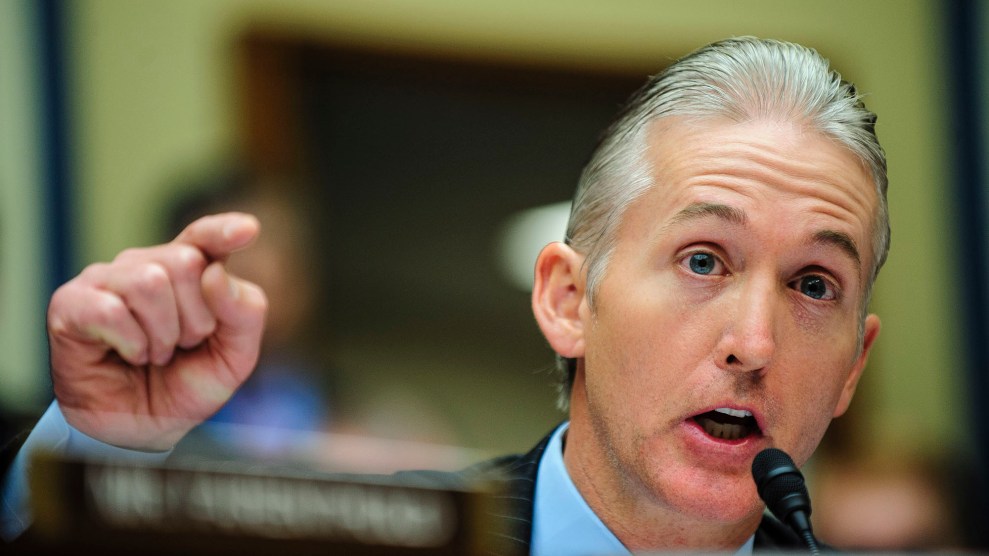 A day after Democrats on the House Select Committee on Benghazi released a 339-page report slamming their GOP colleagues for engaging in a partisan witch hunt instead of a serious inquiry into the 2012 attack on a US facility in that Libyan city, the Republican committee members released their final report.

Clocking in at more than 800 pages—and completed after one of the costliest and longest congressional investigations—it alleges that the Obama administration was more concerned with the political fallout of the attack than with immediately aiding Americans under assault, that it failed to deploy military assets to protect US personnel in Benghazi (a point examined by several previous investigations that essentially concluded that there had been no wrongdoing), and that it hindered the committee’s investigation by withholding evidence and blocking interviews with key officials. The committee claimed it had uncovered loads of new facts, but few, if any, bolstered the various charges and conspiracy theories Republicans and conservatives have hurled at the Obama administration and Hillary Clinton, who was secretary of state at the time of the attack.

“I simply ask the American people to read this report for themselves, look at the evidence we have collected, and reach their own conclusions,” Rep. Trey Gowdy (R-S.C.), the chairman of the committee, said in a statement. “You can read this report in less time than our fellow citizens were taking fire and fighting for their lives on the rooftops and in the streets of Benghazi.” Other Republican members of the committee insist the report shows Obama and Clinton lied to the public about the report and essentially sacrificed the four Americans killed in Benghazi for political purposes.

Democrats have long accused Gowdy and the committee of having a political aim: to damage Hillary Clinton’s run for president. They note that House majority leader Kevin McCarthy last year publicly boasted that the committee’s probe would bring down Clinton’s poll numbers. Democrats say the Republican-led committee—the eighth congressional panel to explore the tragedy—wasted $7 million in taxpayer money and squandered two years only to serve up little new information. And on Tuesday morning, the committee Democrats were circulating to reporters the New York Times article on the Republican report that pointed out that there was “no new evidence of wrongdoing by Hillary Clinton.”

Far from honoring the four brave Americans who died, the Benghazi Committee has been a partisan sham since its start https://t.co/BAkeHLMsYc

Committee Republicans say they spoke to 81 witnesses who weren’t interviewed in previous investigations and elicited “new revelations.” Among them:

None of this changes the fundamentals of what’s known about the Benghazi tragedy. (The committee Democrats quickly noted that the “news” about the Marine unit changing into civilian clothes—which was done at the request of the Libyan government—was revealed at a congressional hearing three years ago.)

At a Tuesday morning press conference, Gowdy  tried to distance himself from the most conservative Benghazi-related attacks on Clinton. He would not endorse the right-wing slogan “Hillary lied and Americans died.” And he did not assail Clinton by name. Many of his remarks were directed at the military’s failure to help those Americans attacked in Benghazi. But other Republicans on the committee have not been as restrained. Republican Reps. Jim Jordan (Ohio) and Mike Pompeo (Kans.) offered an “Additional Views” appendix that assailed the Obama administration’s handling of the Benghazi attack, alleging that “the administration misled the public about the events in Benghazi” and that “security in Benghazi was woefully inadequate and Secretary Clinton failed to lead.”