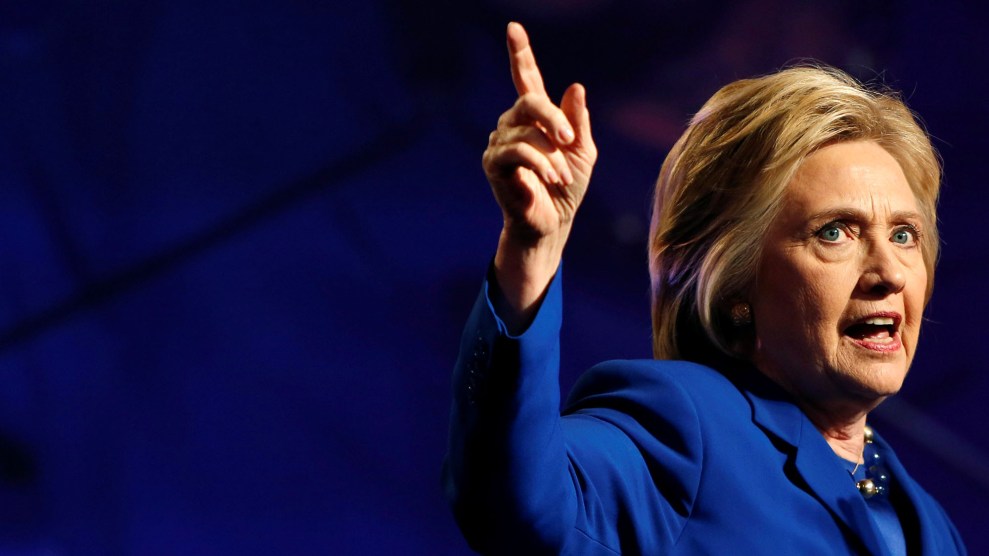 A hacker using the handle “Guccifer 2.0” has released a new trove of documents apparently pilfered from the Democratic National Committee. The files, all related to Hillary Clinton’s presidential bid, include opposition research documents and extensive talking points concerning various Clinton controversies, ranging from the 2012 Benghazi attack to the FBI’s investigation into her use of a private email server.

The DNC hack was first reported by the Washington Post on June 14, when the committee acknowledged that its computer systems were “so thoroughly compromised [that the hackers] were able to read all email and chat traffic.” The Post reported that the hack was the work of Russian groups on behalf of the Russian government. Yet Vice News’ Motherboard reported that Guccifer 2.0—a reference to the Romanian hacker who recently pleaded guilty to hacking the email and social media accounts of several American politicians—claims to be a lone “freedom fighter” aiming to “bring light to the people.”

Guccifer 2.0’s initial document dump included the DNC’s opposition research file on Donald Trump, an exhaustive compendium of unflattering news reports about the presumptive GOP nominee. That release also included sensitive fundraising spreadsheets that included the personal data of some DNC donors, including phone numbers and email addresses. When the party first acknowledged the hack to the Post, it claimed that no personal or financial information had been breached. The release fueled suspicions from some supporters of Sen. Bernie Sanders that the DNC had coalesced around Clinton from the start.

The 261 new documents were released Tuesday in a post on Guccifer 2.0’s web page titled “Dossier on Hillary Clinton From DNC.” Neither the DNC nor the the Clinton campaign responded to a request for comment.

Included are memos outlining Clinton’s positions on issues such as Israel, Benghazi, LGBTQ rights, and the military. There’s an opposition research clip file on Peter Schweizer, the author of Clinton Cash, a book that claimed to detail how the Hillary and Bill Clinton used the Clinton Foundation to net hundreds of millions of dollars from foreign governments in exchange for favorable treatment by the State Department under Hillary Clinton. The document notes that Schweizer “has a history of aligning himself with the Tea-Party” and that he’d once accused former Republican House Speaker John Boehner of extortion in connection with the ways Boehner used to control the flow of proposed legislation.

One spreadsheet appears to document Clinton’s use of private planes from March of 2001 to April of 2009.

Some of the documents in Tuesday’s dump were already public, including contracts for speeches Clinton gave at the University of Nevada and the University of Buffalo. Guccifer 2.0 claims to have taken “thousands of files and mails [sic]” and provided them to WikiLeaks, which “will publish them soon.”

Bloomberg news reported Tuesday that the Clinton Foundation, and perhaps the Clinton campaign, were also hacked by the same hacker(s) that breached the DNC.