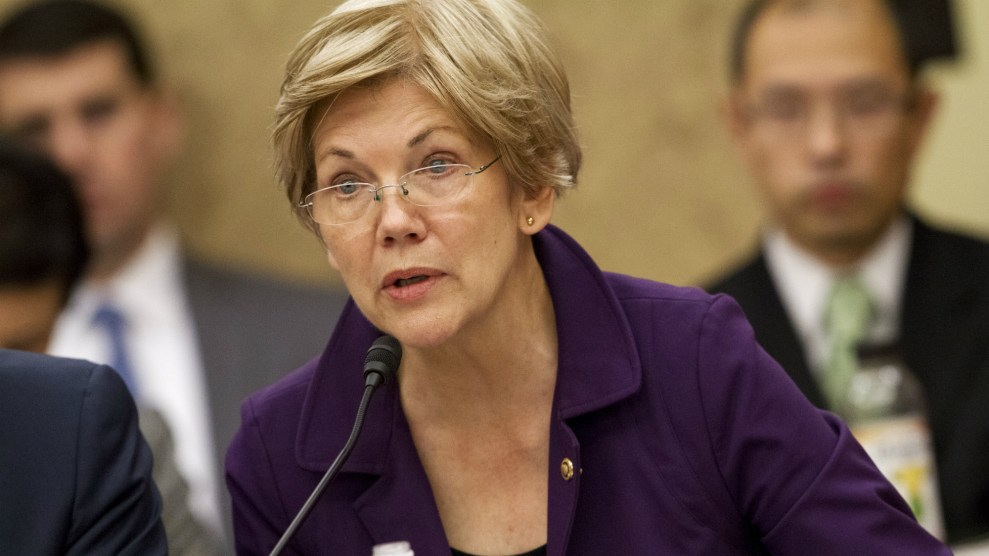 Earlier this week, Mother Jones reported that Donald Trump’s loans from the German-based Deutsche Bank—totaling at least $100 million and possibly much more—would pose a significant conflict of interest, should Trump, the GOP’s presumptive nominee, become president. After all, the bank was recently caught manipulating markets around the world (and had to pay $2.5 billion in fines), and it has tried to evade US laws aimed at curtailing risky financial shenanigans and has attempted to influence the US government via lobbying.

Richard Painter, an attorney who teaches at the University of Minnesota and who was the chief ethics lawyer for President George W. Bush from 2005 to 2007, noted that Trump’s relationship with the overseas financial giant was disturbing: “Having a president who owes a lot of money to banks, particularly when it’s on negotiable terms—it puts them at the mercy of the banks and the banks are at the mercy of regulators.” He added, “That is a potentially very troublesome business model for someone in public office.”

In response to the article, Sen. Elizabeth Warren (D-Mass.) says Trump’s dealings with Deutsche Bank—and his connections with other major financial institutions—could indeed pose trouble, were he to win the White House. In a statement to Mother Jones, the senator slammed Trump’s relationship with the bank:

The job of the President is to enforce the law fairly. If a serial lawbreaker like Deutsche Bank is caught manipulating markets again, how would Trump hold it accountable knowing that the bank had the power to pull the plug on his own businesses? That’s a question that should worry every American. These financial entanglements—along with many of his other ongoing business concerns and arrangements—present huge conflicts of interest.

In recent months, Warren has repeatedly challenged Trump. In a string of tweets in March, she listed all the ways Trump has been a “loser” (Trump University, bankruptcies, attacks on women, narcissism, bullying). On Stephen Colbert’s show, she declared, “The truth is that [Trump] inherited a fortune from his father, he kept it going by cheating and defrauding people, and then he takes his creditors through Chapter 11.” In a speech two weeks ago, she denounced the mogul for having said he was delighted to have made money off the 2008 economic crash: “Let’s face it: Donald Trump cares about exactly one thing—Donald Trump. It’s time for some accountability because these statements disqualify Donald Trump from ever becoming president. The free ride is over.” Trump has retorted by calling Warren “Pocahontas” and deriding her as “a woman that’s been very ineffective other than she’s got a big mouth.”

The Trump campaign did not respond to a request for comment regarding Warren’s remarks about his Deutsche Bank loans—or what Trump would do about his financial relationships if elected president.