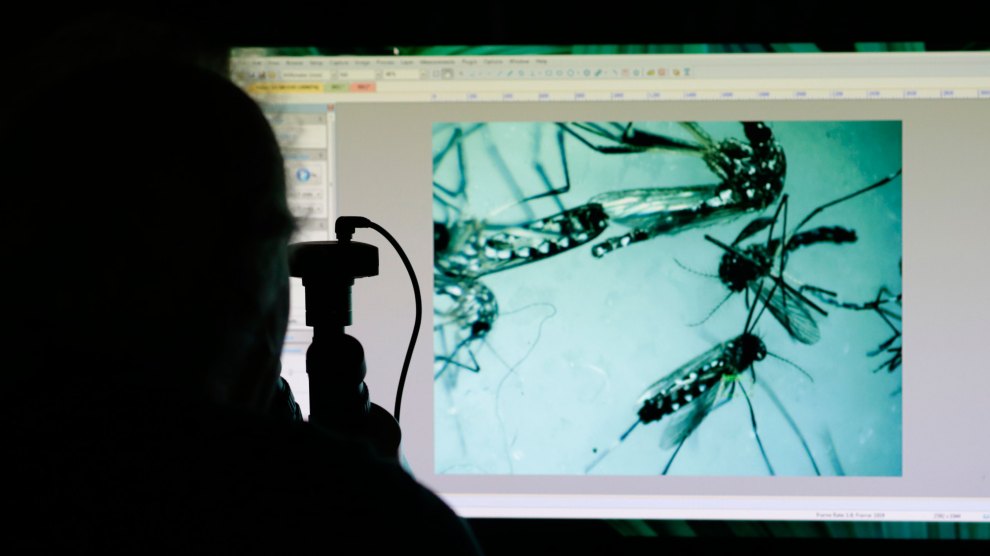 The fight against the Zika virus stalled in Congress on Tuesday when Senate Democrats blocked a Republican bill they said was stuffed with unpalatable measures, including a provision that barred Planned Parenthood from the emergency funding. With the $1.1 billion funding bill now dead in the water, lawmakers could fail to reach a compromise before they leave for a seven-week recess next month.

It has already been more than four months since President Barack Obama first submitted a request for $1.9 billion in emergency funds to combat the mosquito-borne virus, which has been linked to devastating birth defects.

Congress’ failure to respond to the crisis drew criticism Tuesday from the American Public Health Association. “We know Zika could cause hundreds of US infants to be born with preventable birth defects—if we don’t intervene,” the organization’s executive director, Georges Benjamin, said in a press release. He added that the latest bill was “both late and inadequate.” Obama criticized Congress for its lack of progress last month, saying, “They should not be going off on recess before this is done.”

The GOP bill passed the House last Thursday under unusual circumstances: The vote took place over the shouts of Democrats holding an all-night sit-in in an attempt to force a vote on gun control. Democrats sharply criticized the Zika bill for preventing emergency funding from going to the women’s health organization Planned Parenthood, a favorite target of conservatives, even though the Zika crisis affects pregnant women. They also objected to a provision weakening regulations on pesticides.

Senate Minority Leader Harry Reid (D-Nev.) on Monday described the bill as “nothing more than a goodie bag for the fringes of the Republican Party.” Republicans, meanwhile, blamed Democrats for the holdup. “It’s really puzzling to hear Democrats claim to be advocates for women’s health measures when they are the ones trying to block the Zika legislation,” said Senate Majority Leader Mitch McConnell (R-Ky.). Tuesday’s vote was 52 to 48, short of the 60 votes needed to break a filibuster.

As the partisan squabble stretches on, the Zika crisis is only growing. The disease has spread quickly in Puerto Rico, where the director of the Centers for Disease Control and Prevention warned this month it could result in “dozens to hundreds of infants born with microcephaly in the coming year.” Nearly 2,000 cases have been reported in US territories, the vast majority of them contracted locally, according to the CDC. A total of 820 cases have been reported in US states. One of those was contracted in a lab; all the rest resulted from travel.