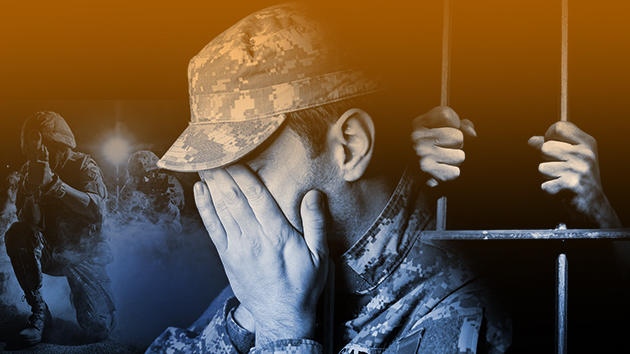 The dispatcher in College Station, Texas, asked what had happened. “I got mad at my girlfriend and I shot her,” he said. “She has sucking chest wounds…”

He’d not only shot Rachel Joiner, 21, but also her older brother Travis. Thuesen had broken into the house after midnight, not sure what he’d do but wanting to see his estranged girlfriend. She was out with her ex-boyfriend, but when she returned later that morning, things “got out of hand.” Thuesen, a 25-year-old former Marine reservist, called 911 and almost immediately expressed remorse. When he was arrested, he repeatedly asked the police about the victims and tried to explain why he’d kept shooting Rachel and her brother: “I felt like I was in like a mode…like training or a game or something.”

The prosecution in the case gave its opening statement on May 10, 2010. With DNA evidence and no other suspects, it only took prosecutors three days to make their case. Over the next week, the defense team touched on the facts that Thuesen suffered from depression and post-traumatic stress disorder (PTSD) from his service in Iraq, but pleaded for leniency in his sentence. None of that swayed the jury: On May 28, 2010, he was sentenced to death.

While on death row, Thuesen was given new lawyers, death penalty experts from the state’s Office of Capital and Forensic Writs. In Texas, there are often two trials, one to determine guilt or innocence and the second to determine sentencing. Lawyers argued in their 2012 petition to have both the death penalty and the conviction vacated, and for a new sentencing trial, arguing that if his lawyers had served him adequately, “John Thuesen would not be on death row today, awaiting an execution date.” In July 2015, Judge Travis Bryan III—the same judge who had presided over the criminal trial—agreed, and ruled that Thuesen’s lawyers hadn’t adequately explained the significance of his PTSD to jurors, and how it had factored into his actions on the day of the murders. Bryan also ruled that Thuesen’s PTSD wasn’t properly treated by the Veterans Health Administration. He recommended that Thuesen be granted a new punishment-phase trial. The Texas Court of Criminal Appeals could rule on Bryan’s recommendation at any time. 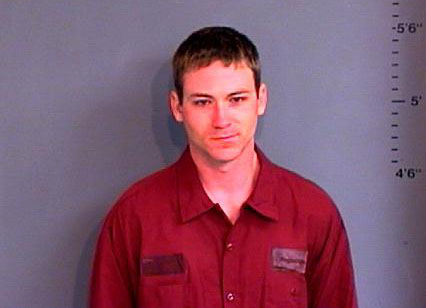 The ruling on his case has implications for a question that has concerned the military, veterans’ groups, and death penalty experts: Should service-related PTSD exclude veterans from the death penalty? An answer to this question could affect some of the estimated 300 veterans who now sit on death rows across the country, according to the Death Penalty Information Center. But it’s unclear how many of them suffer from PTSD or traumatic brain injuries, given how uneven the screening for these disorders has been.

Experts are divided about whether veterans with PTSD who commit capital crimes deserve what is known as a “categorical exemption” or “exclusion.” Juveniles receive such treatment, as do those with mental disabilities. In 2009, Anthony Giardino, a lawyer and Iraq War veteran, argued in favor of this in the Fordham Law Review, writing that courts “should consider the more fundamental question of whether the government should be in the business of putting to death the volunteers they have trained, sent to war, and broken in the process” who likely would not be in that position “but for their military service.” In a 2015 Veterans Day USA Today op-ed, three retired military officials argued that in criminal cases, defense attorneys, prosecutors, and judges often don’t consider veterans’ PTSD with proper due diligence. “Veterans with PTSD…deserve a complete investigation and presentation of their mental state by the best experts in the field,” they wrote.

Courts “should consider the more fundamental question of whether the government should be in the business of putting to death the volunteers they have trained, sent to war, and broken in the process.”

That idea is utterly unacceptable to Kent Scheidegger of the Criminal Justice Legal Foundation, a California-based victims-of-crime advocacy group, who contends a process already exists for veterans’ defense attorneys to present mitigating evidence. To him, a categorical exclusion would be an “extreme step” that would mean “one factor—always, in every case—necessarily outweighs the aggravating factors of the case, no matter how cold, premeditated, sadistic, or just plain evil the defendant’s actions may have been.”

But presenting a case for service-related PTSD often doesn’t happen. Richard Dieter, the former director of the Death Penalty Information Center and author of its report “Battle Scars: Military Veterans and the Death Penalty,” says PTSD defenses can backfire for defense lawyers. “What I hear from lawyers is, ‘Look, we’re a little hesitant about bringing this issue up before a jury because it can cut both ways,'” Dieter says. “It sounds like you’ve got a very dangerous person on your hands with this PTSD. And this person is not getting better, and they’re a threat to society.”

Furthermore, the relatively small amount of relevant case law isn’t consistent. The US Supreme Court overturned a Korean War veteran’s death sentence in 2009 after finding that his original lawyers didn’t provide the convicting jury enough background of his military service and the resulting physical and psychological wounds. But Andrew Brannan, a Vietnam veteran with bipolar disorder who was rated as 100 percent disabled on account of his PTSD, was executed by lethal injection in January 2015 for murdering a Georgia deputy sheriff. Brannan had hoped his case would bring attention to the issue: “I am proud to have been able to walk point for my comrades,” he said, according to one of his lawyers, “and pray that the same thing does not happen to any of them.”

Dr. Stephen Xenakis, a retired general and an Army psychiatrist for 28 years, has served as an expert witness in a number of veterans’ trials and says most of the men who’ve committed these crimes have had multiple problems—everything from traumatic brain injuries and depression to concussive symptoms and substance abuse—that can “lead to a situation and a state of mind where they commit these horrendous offenses.” Soldiers who served in Iraq and Afghanistan have had a high rate of head and neck injuries; bullets are causing proportionately less damage than explosions from roadside bombs and IEDs, and highly trained medics are able to address the wounds more effectively than in the past. By 2012, an Institute of Medicine study estimated that between 13 and 20 percent of the 2.6 million Americans who’d served in Iraq and Afghanistan showed at least some of the symptoms of PTSD.

Add to that the training these soldiers receive. “The current efficacy of military training means we are sending to war the most proficient and lethal killers in our nation’s history,” Joshua London, a veterans’ defense lawyer and advocate for reformed judicial treatment of veterans, wrote in a 2014 law journal article, “Why Are We Killing Veterans?” “Likewise, the warriors that return home to our communities are conditioned in a manner that makes them more dangerous, volatile, and amenable to violence than any previous generation of veterans.” If a soldier seems troubled, some psychiatrists have noted, often the preferred treatment option is to provide psychotropic drugs without additional follow-up. For some, especially when combined with other drugs or alcohol, this can result in difficulty with self-control. In April 2014, journalist Ann Jones documented dozens of killings by veterans since 2002.

During his trial, the jury was presented two stark versions of Thuesen. The first was of a cold-blooded murderer. The night before the murders, Thuesen went to see Rachel, but she told him to leave her alone. He broke into her house and lay in her bed, and after she got home he shot her, then Travis, three times each. But Thuesen was also presented as a deeply traumatized soldier who, one of his fellow Marines testified, was forced to fire a heavy machine gun into a car carrying several people and at least one child. Several experts agreed that Thuesen suffered from PTSD and had tried to seek treatment over the course of at least two years. Six months before the murders, Thuesen was suicidal and taken by the police to the VA Medical Center in Houston. He stayed just a few days while he detoxed from alcohol abuse, and he was given anti-depressants and referred to counseling sessions at his local VA clinic.

Tim Rojas, the Marine who’d served with Thuesen and testified about the time he shot up the car, finds himself somewhere in the middle. “People are going to say, ‘Well then, post-traumatic stress does not give you the license to shoot or kill,” he says. “I agree with that. Of course not. But in this case, does John deserve to be on death row? No. Absolutely not. Does he need to be accountable for his actions? Yes. But there’s no way, no way, he needs to lose his life. No way.”