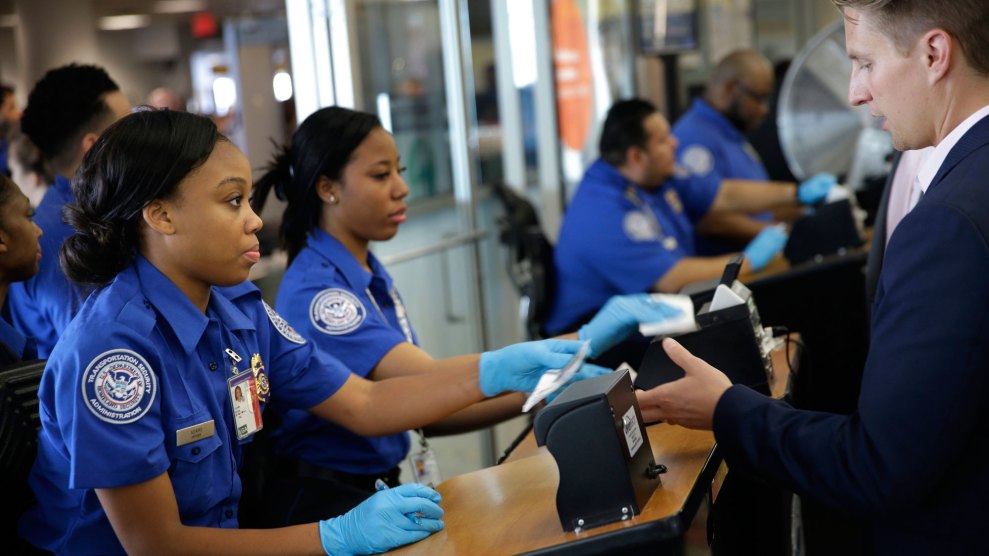 On an uncharacteristically chilly Saturday earlier this month, travelers found themselves standing in line for more than two hours to get through security Chicago’s O’Hare airport. A staggering 450 American Airlines travelers missed their flights. Dozens spent the night in the airport, and the incident brought national attention to increasingly long wait times.

So what is going on with TSA? Well, a lot.

For starters: Perhaps you’ve heard that TSA is short staffed in part due to security coverage at presidential campaign events. Actually, TSA has been staffing presidential campaigns since 2004. The agency insists that the additional work does not impact the staffing at airports, because the officers working these events would have been off-duty otherwise. And it doesn’t effect the TSA budget, because the United States Secret Service pays for the screeners’ time at campaign events. (The airport nearest to a campaign event provides this support.)

The staffing provided for Donald Trump’s events, though, have far exceeded that of any other candidate. As of March, 770 TSA officers had been provided to Trump events, 544 went to Sanders events, and 207 worked Clinton events. When asked how the agency determines the appropriate number of officials needed for any event, a TSA spokesman said, “We provide the number we feel is appropriate.”

So what about the agencies budget woes?

According to a TSA spokesman, money plays a big factor in the TSA’s struggle to shorten wait times and increase efficiency. From fiscal year 2012 to 2013, the agency’s budget fell from $7.8 billion to $7.2 billion.

But, from 2013 to late 2014, now-former TSA head of security Kelly Hoggan received under-the-radar bonuses that came to more than $90,000. This week, Hoggan was relieved of his duties in part, the agency said, because of these bonuses.

In an interview with The Washington Post, TSA Administrator Peter V. Neffenger called the bonuses that supplemented Hoggan’s $181,500 salary “completely unjustifiable.” (Hoggan also recently faced accusations of retribution toward employees who spoke out about mismanagement.)

Additionally, a TSA spokesman says the agency’s staffing budget has declined annually from 2012 to 2015, and the agency is at its lowest staffing level in five years.

TSA attributes the long wait lines partly to budget cuts and tightened security procedures that have led to a shortage of screeners. Jeh Johnson, Department of Homeland Security secretary, told NPR that despite the challenges, Congress recently held off on cutting another 1,600 positions, and TSA is expediting the addition of 800 new positions. They’re expected to be in place next month. Johnson said TSA is converting more part-time workers to full time and bringing in more drug-sniffing dogs.

Johnson also added that carry-on luggage is a major contributor to wait times, and he encouraged passengers to check their bags—and to arrive at the airport with plenty of time to spare.

Democratic Senators Edward J. Markey of Massachusetts and Richard Blumenthal of Connecticut wrote a letter to a dozen major airlines calling on them to aid in reducing wait times by waiving checked baggage fees.

“Without charges for checking their bags, passengers will be far less likely to carry them on, which snarls screening checkpoints and slows the inspection process,” they wrote.

Markey and Blumenthal echoed Johnson’s call for more passengers to sign up for TSA’s pre-check program, which has an average wait time of five minutes or less.

Despite the pressure to reduce wait times, Johnson insisted that TSA will not “shortcut [passengers’] safety.” (His caution is understandable, given that in April, TSA agents discovered a record number of guns and other weapons in passengers’ carry-on luggage.)