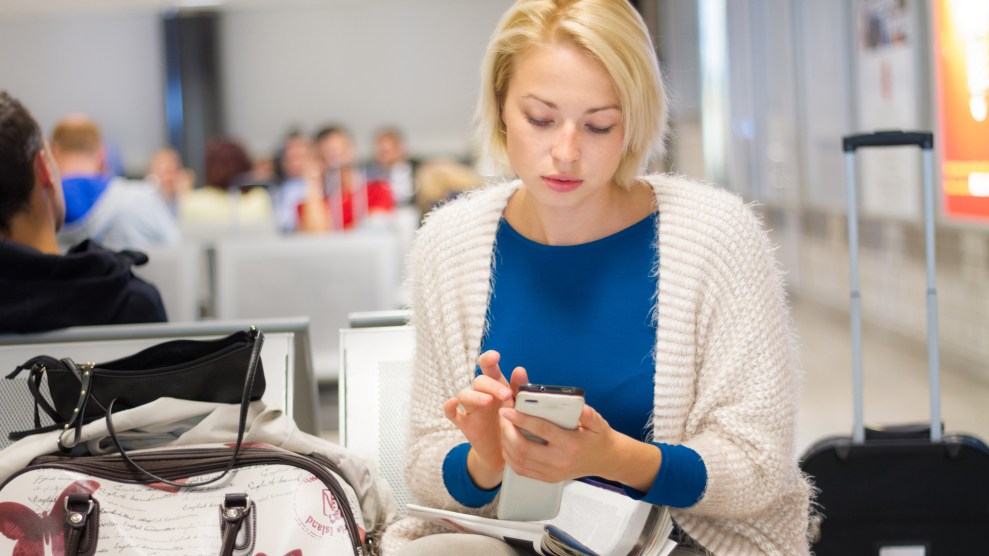 A new investigation by Rewire, a reproductive health news service, shows that anti-abortion groups are moving beyond their time-honored approaches of picketing clinics and shouting at women: Now they’re going digital, thanks to a technology known as mobile geofencing that can be used to target women through smartphones.

The technology is typically used by advertisers who want to hone in on a target audience in a specific location. Have you ever gotten an ad for Lyft or Uber right after landing at an airport in a new city? That’s an example of mobile geofencing in action.

A Boston advertising executive named John Flynn realized the technology could be used to target women seeking an abortion, and to send information on crisis pregnancy centers and adoption agencies straight to their smartphones. Rewire reports that Flynn began marketing his presentations on the technology to anti-abortion groups such as RealOptions, a Northern California crisis pregnancy center network, and Bethany Christian Services, an evangelical adoption agency, and they quickly saw the potential.

“We can reach every Planned Parenthood in the U.S.,” he wrote in a PowerPoint display sent to potential clients in February. The PowerPoint included a slide titled “Targets for Pro-Life,” in which Flynn said he could also reach abortion clinics, hospitals, doctors’ offices, colleges, and high schools in the United States and Canada, and then “[d]rill down to age and sex.”

“We can gather a tremendous amount of information from the [smartphone] ID,” he wrote. “Some of the break outs include: Gender, age, race, pet owners, Honda owners, online purchases and much more.”

And it’s all perfectly legal. That’s because digital advertising technologies have grown so quickly that privacy law hasn’t been able to keep up. Chris Hoofnagle, a professor at UC-Berkeley’s School of Law and School of Information, told Rewire that most of the relevant federal law either would allow Flynn’s activities or wouldn’t apply to them.

“Privacy law in the U.S. is technology- and context-dependent,” Hoofnagle said. “As an example, the medical information you relay to your physician is very highly protected, but if you go to a medical website and search for ‘HIV’ or ‘abortion,’ that information is not protected at all.”