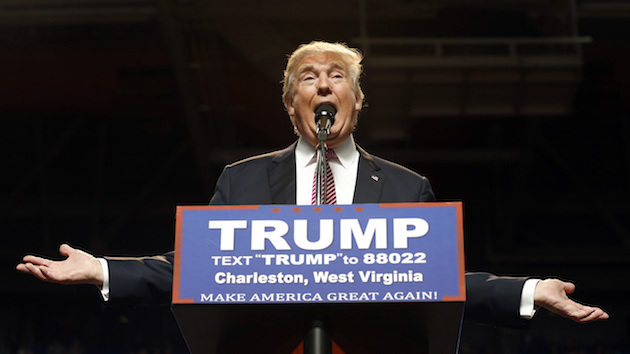 The veteran CIA official who once provided intelligence briefings to presidential candidates—including Gov. George W. Bush in 2000 and Sen. John Kerry in 2004—says briefing Donald Trump, the presumptive GOP nominee, could be rather difficult.

“It’s an extraordinary year and Trump doesn’t fit any mold at all,” John McLaughlin, the former deputy CIA director who served as acting head of the agency in 2004, tells Mother Jones. “I think he’d be a hard brief.”

To McLaughlin, Trump looks like an inflexible candidate who might not take well to information that contradicts or undercuts his own positions. “As an intelligence briefer, you’d probably be telling him a fair number of things that are at odds with his stated views,” he notes. “And then you would find out how well he absorbs discordant information…Trump’s public statements don’t suggest that he’s someone who easily deals with things that strongly disagree with his view.”

Other intelligence officials have expressed similar concerns since Trump became the all-but-certain GOP standard-bearer this week. “Given that [Trump’s] public persona seems to reflect a lack of understanding or care about global issues, how do you arrange these presentations to learn what are the true depths of his understanding?” former CIA and National Security Agency director Michael Hayden told the Washington Post. There’s also the possibility that Trump will blurt out classified information on the campaign trail. McLaughlin says candidates—and any aides they may want to bring into intelligence briefings—aren’t required to obtain security clearance to participate in the briefings. Lengthy and detailed background checks are the norm for government officials granted access to classified material.

The White House referred questions on the intelligence briefing process to the Office of the Director of National Intelligence, which carries out the briefings. That office has said it won’t provide further details until after the nominating conventions in July. Candidates do not receive intelligence briefings until they are officially nominated.

The White House has ultimate say over what information goes into the briefings, and McLaughlin says President Barack Obama could even decline to offer briefings to the candidates. But he believes that would be unlikely. His hunch is that in the case of Trump, the White House would take extra steps to stress to Trump and his aides the sensitive nature of the information and the need to protect it. “But who knows?” McLaughlin adds. “We don’t know who [Trump] is.”