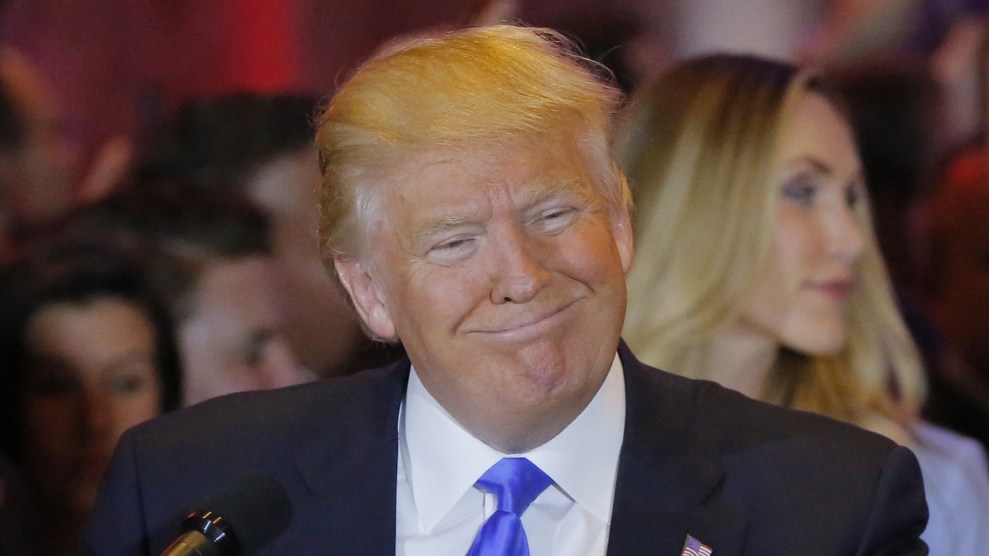 When leaders from European labor unions descended on Washington earlier this week, they had one simple message for their American counterparts: Dear lord, please find a way to stop Donald Trump.

The AFL-CIO convened a conference this week titled “Labor, Politics, and the Threat from the Right: A Trans-Atlantic Discussion.” Predictably, one element of that threat was the unexpected rise of Trump as the presumptive Republican nominee.

“Guys, you’ve got to beat this guy, you’ve got to beat this guy,” Antonia Bance, head of campaigns and communications at the United Kingdom’s Trades Union Congress, pleaded. Bance noted that Trump was already feuding with London’s newly elected mayor, Sadiq Khan, who is Muslim, and worried that an American president who has vowed to block Muslim immigrants would hurt relations between the countries. “Turned on the TV [this morning], CNN, and there’s Mr. Trump, and Mr. Trump is talking about how he’s going to make an exception for Mr. Khan,” Bance said. “Mr. Khan is the Muslim who is allowed to come into the US if he’s won the presidential election!”

Some of the European visitors were not as shocked as Bance. “We in Europe are really used to the right,” said Luca Visentini, general secretary of the European Trade Union Confederation, during one panel. “It’s not something new for us.”

I asked Visentini after the panel how closely his compatriots in Europe had been tracking the election. “Sometimes in Europe we are quite cynical. We see a lot of Mr. Trumps around in different countries, so we’re not astonished nor neither shocked,” he said. “But we are really very worried.”

Throughout Tuesday’s panels, the labor leaders discussed various tactics to combat right-wing politicians, like Trump, who stoke the passions of the working class with populist language. The general consensus was that unions both in the United States and around the world need to present clear liberal solutions to their members in order to limit the power of right-wing politicians. “Politically,” said Damon Silver, the AFL-CIO’s director of policy, “the neoliberal consensus opened the door to a monster that many had thought had been driven permanently into the outer darkness of democratic politics: the racist, authoritarian right.”