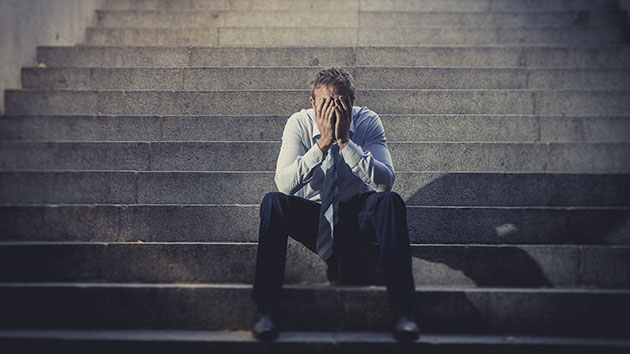 These are truly dark days for coal. The year started off badly for the industry when Arch Coal, the second-biggest coal producer in the United States, filed for bankruptcy. That announcement was swiftly followed by more: China said it plans to close 1,000 coal mines, US coal production dipped to its lowest level in three decades, and the Obama administration laid out plans to raise the cost coal mining on federal land.

On Wednesday, the slow and steady die-off of coal claimed its biggest victim. Peabody Energy, the world’s largest coal company, filed for Chapter 11 bankruptcy protection in the US. The company won’t close, but will have to reorganize and borrow new funds to pay off its existing debts. According to Reuters, the bankruptcy is the end result of crushing debt brought on by Peabody’s multi-billion dollar acquisition in 2011 of a major Australian coal producer. That move was meant to offer Peabody greater access to Asian markets but, because of plummeting prices and demand, turned out to be a devastating financial burden.

Conditions at home in the US certainly didn’t help. In addition to new climate change regulations from Obama that are designed to severely curtail the nation’s coal consumption, coal has been getting hammered by competition from natural gas made cheap by the fracking boom. The Peabody announcement means that companies accounting for nearly half of the country’s coal production have filed for bankruptcy in the current downturn, Reuters reported.

Of course, the coal industry isn’t going away anytime soon:

While coal use has also stalled globally, largely because of China’s economic slowdown and its efforts to protect domestic miners and rein in rampant pollution, most analysts expect consumption of the fuel to remain stable or rise in the future.

Some 500 coal-fired power stations are currently under construction, 80 percent of which are in the Asia-Pacific region, where emerging markets as well as developed economies such as Japan and South Korea are still seeing consumption grow.

In any case, the Peabody bankruptcy was quickly celebrated by environmentalists as a big win for the climate. Peabody came under fire late last year, when an investigation by the New York State Attorney General found the company had misled its shareholders about the risks climate change could pose to its bottom line.

“Perhaps if [Peabody] had spent more time and money diversifying their business rather than on lobbying against climate action and sowing the seeds of doubt about the science, they might not have joined the long (and ever growing) list of bankrupt global coal companies,” 350.org co-founder Bill McKibben said in a statement.