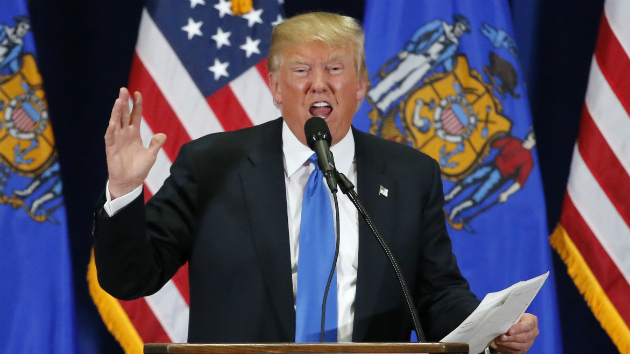 Throughout his presidential campaign, Republican front-runner Donald Trump has played the angry populist, railing against fat-cat donors, influence peddlers, and Washington establishment insiders who rig the system to the detriment of the American people. “These people have hundreds of millions of dollars that they’ve given to these politicians, and these politicians are puppets for them,” he exclaimed recently. “With me, I’m going to do what’s right for the country.”

Yet when Trump needed a political operative to oversee his campaign’s crucial delegate strategy—which could determine whether he wins the nomination at the Republican convention in July—he hired one of the most prominent Washington insiders: Paul Manafort, a veteran Republican lobbyist and consultant who has made millions of dollars working the system on behalf of corporations seeking government favors as well as Third World strongmen and kleptocrats.

Manafort has been honing his skills as a delegate wrangler for four decades, starting with Gerald Ford’s 1976 campaign, when the sitting but unelected president faced a stiff challenge in the Republican primary from Ronald Reagan. Manafort subsequently handled this function for other GOP presidential candidates, from Reagan in 1980 to John McCain in 2008. The Chamber of Commerce’s Scott Reed, who worked with Manafort during Bob Dole’s 1996 presidential campaign, described him as “a proven vote counter [who] knows how to strategically move a campaign.” Manafort, who was the Dole campaign’s convention manager, led the effort to minimize the role at the convention of Patrick Buchanan, the right-wing commentator who placed second in the GOP nominating contest, so that Dole would not be burdened in the general election with Buchanan’s controversial conservative positions.

Hunting delegates was a side job for Manafort, who focused on lucrative work as a lobbyist for under-fire corporations and reviled political figures. In 1985, for example, Manafort and an aide flew to Angola, which was then in the middle of a bloody civil war, to woo Jonas Savimbi, a onetime Maoist and brutal warlord who allegedly relied on blood diamonds to fuel his army. According to the Washington Post, Manafort’s pitch to Savimbi was almost derailed by a furious outbreak in fighting, but he managed to land a $600,000-a-year contract to represent Savimbi and his UNITA party in Washington, DC, and to try to help Savimbi win US funding. Spy magazine noted that Manafort’s firm at the time—Black, Manafort, Stone and Kelly—did well by Savimbi:

For $600,000 a year since 1985, the firm has represented Angola’s thuggish Jonas Savimbi, an alleged witch burner, and his guerilla group UNITA, helping promulgate his “freedom fighter” image and persuading Congress to approve more than $230 million in covert aid to Savimbi’s rebel forces.

Savimbi was merely one of a rogue’s gallery of strongmen and despots Manafort’s firm represented. The company also worked for Ferdinand Marcos, the Filipino dictator who looted billions of dollars from his country, and Somali dictator Said Barre, whose violent autocratic rule left the African nation in ruins. The firm helped both leaders collect hundreds of millions of dollars in US funding.

Though Trump has talked tough about confronting Russian leader Vladimir Putin, Manafort has links to the darkest corners of Putin’s foreign policy world. In the mid-2000s, Manafort went to work for former Ukrainian President Victor Yanukovych, a Putin ally who was deposed in 2014 following mass protests over his administration’s corruption and vote-rigging. A 2011 lawsuit against Manafort and other Yanukovych aides, filed in New York by former Ukranian Prime Minister Yulia Tymoshenko, accused the lobbyist of assisting in a complicated scheme to launder money for a Yanukovych ally, a Ukrainian oligarch named Dmitry Firtash who was accused of having ties to organized crime. Manafort fought the claims, and the lawsuit was later dismissed when the New York judge hearing the case ruled that his court didn’t have jurisdiction and that Tymoshenko couldn’t prove “that Manafort’s business dealings with Firtash constituted a conscious effort to abet intimidation and harassment against his political critics in Ukraine.” Emails revealed in the case showed Manafort trying to help arrange investments in the United States for Firtash. The US government is currently seeking Firtash’s extradition on bribery charges.

In another chapter of Manafort’s long career, he pulled off a feat that epitomizes the kind of inside-the-Beltway cronyism that Trump rails against. In 1986, Manafort was paid more than $326,000 by a developer to lobby a Reagan administration official to approve a $43 million taxpayer-funded grant for a housing project in New Jersey that local officials didn’t even want. His role in the deal became the subject of a congressional hearing, where Manfort told members of Congress that he shouldn’t be faulted for knowing how to game Washington. In one telling exchange, Rep. Christopher Shays (R-Conn.) challenged Manafort’s involvement, calling it a “very smelly, sleazy business…I feel it wasn’t a meritorious project. People who knew how the system worked were able to get their project approved, even if it wasn’t meritorious.”

Manafort shrugged the complaint off. “We worked the system as it existed,” he said. “I don’t think we did anything illegal or improper.”

When asked about his purported $1,000-an-hour fee to pull strings inside Washington, Manafort dismissed the question, responding, “By Washington standards, that is not very high.”

How serious is Trump about his crusade to rid Washington of high-paid, system-rigging influence peddlers? By putting Manafort on his campaign payroll, the tycoon has demonstrated he certainly isn’t against using these insiders if it benefits his own special interest.