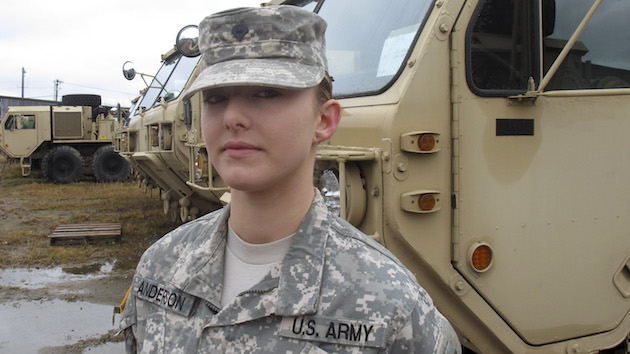 Last year, the Pentagon announced that women would be allowed to join men in front-line combat positions in the military for the first time. This year, women may also have to join men in registering for the draft.

The House Armed Services Committee narrowly passed an amendment to the 2017 defense spending bill on Wednesday that would require women to register with the Selective Service System, the federal agency that administers military drafts. A draft hasn’t been held since the Vietnam war, but all American men between the ages of 18 and 25 are still required to register. Some members of Congress now want women to share the burden.

“If we want equality in this country, if we want women to be treated precisely like men are treated and that they should not be discriminated against, then we should support a universal conscription,” said Rep. Jackie Speier (D-Calif.), according to The Hill. The Army and Marine Corps’ top generals have already endorsed making women register. Most countries that draft soldiers only do so for men, but a handful, including Norway and Israel, also conscript women.

The amendment, introduced by former Marine officer Rep. Duncan Hunter (R-Calif.), essentially backfired for him. In fact, Hunter does not support drafting women or allowing them to serve in jobs like the infantry, but has said that Congress should debate the issue of women in combat instead of allowing the Obama administration to simply change the military’s regulations. This amendment was his attempt to push the issue to the limits and thereby dissuade others from supporting putting women on the front lines. “The draft is there to get more people to rip the enemy’s throats out,” Hunter said. “I don’t want to see my daughters put in a place where they have to get drafted.”

Other members want to do away with draft registration altogether, saying a volunteer military is more effective. “The bar would have to be dramatically lowered if we were to return to conscription again,” said Rep. Mike Coffman (R-Colo.), according to the Washington Post. Coffman co-sponsored a bill introduced in February that would end Selective Service altogether. Rep. Peter DeFazio (D-Ore.), who also sponsored the bill to end selective service, argues the draft also needlessly punishes those who don’t register by cutting them off from federal aid and jobs. “It’s mean-spirited, stupid, unnecessary, and a huge waste of taxpayer money,” DeFazio told Mother Jones.