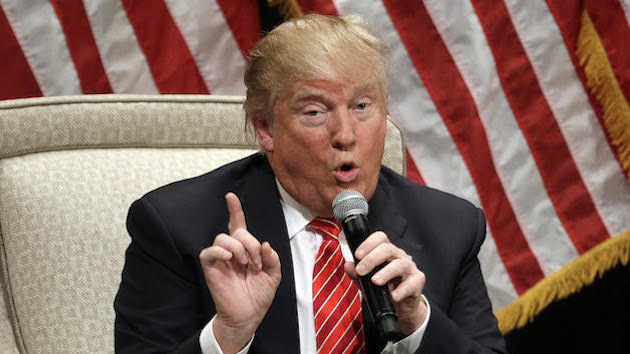 Donald Trump doesn’t have a lot of surrogates in the media. There are few officials or notables who go on television or talk to reporters on behalf of the wall-loving, Muslim-banning tycoon now leading the Republican presidential race. But one of his most prominent advocates—especially on cable television—is Omarosa Manigault-Stallworth. Known widely by her first name alone, Omarosa was a participant on the initial season of Trump’s show, The Apprentice, which aired in 2004, and the television-watching public quickly developed a hate-affair with her, as she became perceived as a no-good, lying backstabber. A headline from the time: “Omarosa: Can a Pathological Liar Find Success on TV?” In subsequent years, she was routinely described as one of the top reality-show villains of all time.

These days, Omarosa is playing a role in Trump’s latest reality show. She often appears on television to defend and praise the mogul. Last November, when Trump met with black pastors, she was in the room and afterward went on television to say, “It was actually a very good meeting. I thought it was really brave of him to just sit there and take the tough questions.” After Fox News host Megyn Kelly, while moderating a presidential debate, asked Trump a pointed question about derogatory comments he made regarding women, Omarosa rushed to his rescue on CNN and slammed Kelly for engaging in the “lowest form of journalism.” While appearing on a Fox Business Network segment about Trump, she lashed out at a Trump critic, whom she said had “big boobs.” On MSNBC last week—after a black protester was sucker-punched at a Trump event—Omarosa said demonstrators at Trump rallies “get what’s coming to [them].”

In December, Omarosa explained her Trump support to talk show host Steve Harvey: “I know him as a friend, as a mentor, as a father. You all are getting to know him as a candidate. That’s the way you know him. I know him differently. And I will continue to be a friend to Donald Trump throughout this entire journey for him, and hopefully he gets exactly what he wants.”

The respect may not be mutual—or, at least, it wasn’t 12 years ago. In a 2004 interview with Playboy, Trump offered a harsh assessment of Omarosa, saying that she had indeed lied on The Apprentice and that he would be reluctant to give her a job reference for a business position. Here’s the exchange:

Omarosa became one of the great villains in the history of reality TV. She lied, she backstabbed, she even “misplaced” Jessica Simpson. How much of that was scripted?

Honestly, none of it. We chose her over 215,000 applicants, but I didn’t know until midway through the show that she would be such a villain. I got along with her very well, but she was difficult for people to handle. I realized we had something when people like my dear friend Regis Philbin started asking me if she was too good to be true, if we’d concocted her in some way. It was all 100 percent Omarosa. I couldn’t believe she was lying on camera like she was. She’s got a problem or something.

Would you serve as a job reference if she asked?
It would depend on what kind of job it is.

The chief executive of a small company?
No, I really don’t think so. But I might serve as a reference for her to be on a soap opera, because I think she’d be terrific at it. She’s wonderful on TV, and she gets ratings. I just wouldn’t necessarily want her running my church.

Omarosa has regularly identified herself as a “surrogate” for the Trump campaign. Yet Hope Hicks, Trump’s spokeswoman, says Omaraosa “doesn’t represent the campaign in an official capacity.” Omarosa did not respond to a request for comment.

Whatever the relationship with the Trump campaign, perhaps from now on, when Omarosa does show support for Trump, it should be noted that Trump himself once said she couldn’t be trusted.