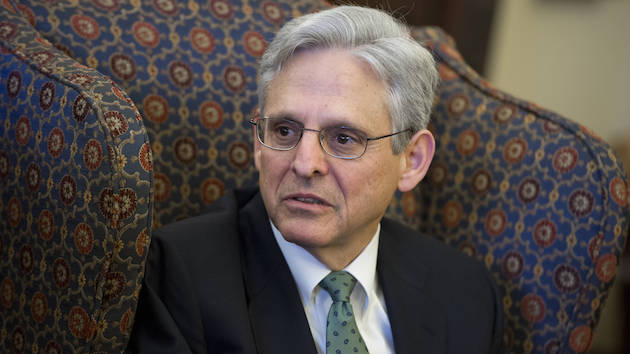 President Barack Obama’s Supreme Court nominee, DC Circuit Court of Appeals Chief Judge Merrick Garland, is widely respected by members of both parties. His judicial background is largely devoid of controversy over hot-button issues such as abortion or gay marriage. But two years ago, he angered civil rights groups, death penalty lawyers, and other legal observers who accused him and his colleagues on the DC Circuit of protecting a fellow judge accused of serious ethical lapses.

The episode dates back to 2014, when Garland was in charge of ruling on an ethics complaint against Texas Judge Edith Jones of the 5th Circuit Court of Appeals.

A Reagan appointee, Jones is an archconservative darling of the right-wing Federalist Society and a favorite of presidential candidate Ted Cruz, who has pointed to her as the kind of Supreme Court justice he’d nominate. In 2006, the Texas Observer dubbed her one of the “worst judges in Texas,” in part because of her decision to uphold the death sentence for a man whose lawyer slept through the entire trial. She has been especially hostile to sexual harassment claims, once dismissing such lawsuits in a Federalist Society speech as “petty interoffice disputes.” In one case, a woman provided graphic testimony about the severe sexual harassment and abuse she’d suffered at work, saying that a male co-worker had pinched her butt with a pair of pliers and another had pinched her breast. Jones replied to the latter charge, “Well, he apologized.”

The complaint Garland handled stemmed from a 2013 speech Jones gave on the death penalty at a Federalist Society-sponsored event at the University of Pennsylvania Law School. According to people who attended the lecture and the complaint they later filed, Jones made a number of inflammatory comments, including suggesting that blacks and Hispanics are “predisposed to crime” and “prone” to violence. She allegedly said it was a “disservice to the ‘mentally retarded’ to exempt them from the death penalty,” and that the evidence of their planning and involvement in crimes prove that such individuals are not in fact disabled.

Invoking the Bible, Jones also reportedly said, “A killer is only likely to make peace with God and the victim’s family in that moment when the killer faces imminent execution, recognizing that he or she is about to face God’s judgment.”

Based on the accounts of several of the attendees, including some assistant federal defenders, the Texas Civil Rights Project, the National Bar Association, the League of United Latin American Citizens (LULAC), and other groups filed an ethics complaint against Jones for her comments, including those that referred to pending cases in her court.

To ensure impartiality, the 5th Circuit chief judge referred the case to Supreme Court Chief Justice John Roberts Jr., who then kicked it over to Garland, who appointed a special committee of three DC Circuit judges to handle the complaints against Jones: Garland and two other judges. The committee, in turn, recruited Jeffrey Bellin, a professor at William and Mary Law School, to conduct the factual investigation.

That the complaint got this far was unusual. Most complaints against federal judges are dismissed outright. In 2015, there were 1,214 complaints filed against federal judges. Only four were referred to a special investigative committee, and not a single one of them resulted in remedial action against the judge. But the Jones complaint attracted considerable media attention, in part because some liberal judicial watchdog groups publicly pushed Garland to conduct a serious inquiry.

People for the American Way, the civil liberties group founded by Norman Lear, launched a petition asking signers to “Urge Judge Garland to make the investigation swift and thorough and to hold Edith Jones accountable for any comments that show her unable to be a fair and impartial judge.” Alliance for Justice, another liberal nonprofit, sent Garland a five-page letter supporting the complaint. Both groups are now backing Garland’s nomination to the Supreme Court; Alliance for Justice praised him as “an extraordinarily accomplished and highly qualified jurist who will bring thoughtfulness, intellect, and a passionate respect for the law to the nation’s highest court.”

During the Jones investigation, only two people were allowed to testify before Garland’s committee: Jones herself and Marc Bookman, a Philadelphia death penalty lawyer who attended her speech and helped file the complaint. (Disclosure: Bookman has written several essays for Mother Jones.) Maurie Levin, one of the lawyers for the complainants, says the investigation was “blanketed in secrecy and bias.” She notes that although Bookman was cross-examined by Jones’ attorney, Jones testified in secret, without any of the complainants in the room.

According to the investigative report issued by Garland’s panel, Jones denied the worst of the charges but admitted making a few of the controversial comments, including that she had been skeptical of claims of intellectual disability among death penalty defendants. But the panel refused to disclose a transcript of Jones’ testimony or the documents she filed in her defense, Levin says.

Garland and the other judges on the special committee ultimately found that Jones hadn’t violated the judicial code of ethics, in large part because her speech hadn’t been recorded and the record wasn’t sufficient. They recommended that the DC Circuit’s judicial council, which had final say in the matter and also included three liberal judges on Obama’s Supreme Court short list this year—Sri Srinivasan, Nina Pillard, and Patricia Millett—dismiss the complaint, which it did.

“The judicial panel that investigated the complaint—presided over by Judge Garland—twisted itself into a pretzel to find that Judge Jones would face no consequences, and dismissed the complaint,” says Levin. “It is difficult to imagine that action instilled confidence in Judge Jones’ impartiality in the African American and Hispanic communities.” She says the process raises the question of whether Garland and his fellow judges were “more interested in protecting [their] brethren than rooting out bias in the administration of justice.”

Civil rights groups appealed the decision, writing, “At its core, the decision of the [judges] serves to undermine any faith the public may have in the fairness and impartiality of the judiciary, the federal judicial discipline system or a system free of race bias.” Luis Roberto Vera Jr., LULAC’s national general counsel, said in a press release, “Just as concerning as these instances of bias, the one-sidedness and secrecy surrounding the ethics complaint process and the untoward deference to the judge’s denials makes it unlikely that any claims of judicial misbehavior can be handled in a way that gives the public confidence that justice is being served.”

A year later, a different panel of federal judges upheld the Garland panel’s decision and dismissed the complaint against Jones for good. Andrew Cohen, a CBS commentator and lawyer who’s written extensively about the death penalty, tweeted at the time: “Farce of the Day: How federal judges herded together to protect 5th Circuit Judge Edith Jones, a national disgrace.”

Levin wouldn’t comment on how this episode might affect Garland’s prospects for the Supreme Court, or if it hinted at the sort of justice he might make. She would only say that Garland was “an integral part of that process” and the decision to dismiss the complaint against Jones.

The liberal advocacy groups that had urged Garland to act on the allegations against Jones never expressed much outrage about the decision to dismiss them. AFJ noted the dismissal of the charges in a press release but devoted most of its message to criticizing Jones rather than Garland. A People for the American Way spokeswoman says her outfit had pushed for a full investigation into the allegations, “which did occur.” She pointed out that another liberal federal court judge who wasn’t involved in the case, Richard Kopf of the US District Court in Nebraska, had examined the charges in a blog post and came down on Garland’s side. (Kopf is best known for having written a 474-page decision striking down Nebraska’s partial-birth abortion ban in 2004.)

Kopf wrote that while Jones “is far too right-wing for my tastes” and her “speaking styles can be blunt,” he nonetheless felt that the allegations against her were thin and threatened to chill the speech of federal judges who are encouraged to speak publicly about the law. He believed Garland’s panel had appropriately considered whether a controversial speech was a violation of the judicial code of ethics, and he said the report “makes me proud to be a federal judge.” Garland’s committee, he wrote, deserved “high praise for teaching us a lot about federal judicial ethics in the real world.”