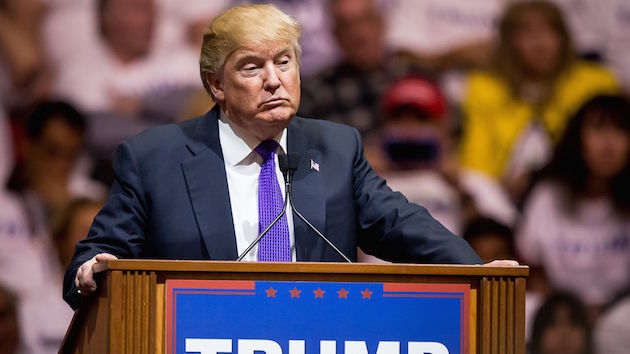 A group of 75 Republican foreign policy experts blasted Donald Trump and his foreign policy positions in an open letter released on Wednesday night, calling the GOP front-runner “fundamentally dishonest” and “utterly unfitted” for the presidency.

“Mr. Trump’s own statements lead us to conclude that as president, he would use the authority of his office to act in ways that make America less safe, and which would diminish our standing in the world,” the group wrote in the letter posted at War on the Rocks, a prominent national security blog. “Furthermore, his expansive view of how presidential power should be wielded against his detractors poses a distinct threat to civil liberty in the United States.”

The group is a who’s who of influential writers, policymakers, and commentators in national security and foreign policy. From the neoconservative brain trust, signatories include Eliot Cohen, who served as a State Department lawyer in the Bush administration, and historians Robert Kagan, Niall Ferguson, and Max Boot. A host of former government officials also signed the document: Bush administration Homeland Security Secretary Michael Chertoff; Philip Zelikow, who served as a national security official under three Republican presidents; and retired US Army Colonel Pete Mansoor joined the other prominent GOP foreign policy figures.

Many of them, particularly the neoconservatives, had already expressed their loathing for Trump in the media, but this open letter unites them in a single platform with figures from other parts of the more traditional GOP foreign policy establishment. “We have disagreed with one another on many issues, including the Iraq War and intervention in Syria,” they write, “but we are united in our opposition to a Donald Trump presidency.”

Their list of criticisms includes Trump’s “inexcusable” fondness for torture, his “admiration for foreign dictators such as Vladimir Putin,” his hate-mongering against Muslims, his threats to start trade wars with China and other countries, and other inflammatory positions. “His foreign policy platform is uniquely awful,” wrote Tufts professor and signatory Dan Drezner in the Washington Post.

But, as the letter suggests, Trump doesn’t have anything resembling a “foreign policy platform,” much less a coherent foreign policy. Instead, the signatories write, “His vision of American influence and power in the world is wildly inconsistent and unmoored in principle.” One of them, former Department of Justice lawyer Carrie Cordero, tweeted on Thursday morning that Trump still hasn’t followed through on his long-standing promise to announce his foreign policy team: “It’s not weeks, but 6+ months since Trump said he’d name his foreign policy advisors.”

Some of those who signed the letter, including Boot and Kagan, have already pledged to support Hillary Clinton if Trump becomes the GOP nominee. But former Mitt Romney adviser Bryan McGrath, who helped assemble the group, denied that all its members would follow suit. “The only implication here is that we’re not going to support Donald Trump,” he told the Washington Post. “I want to be on record saying that this man is not presidential material, and this was the best way I could do it and bring some friends along.”