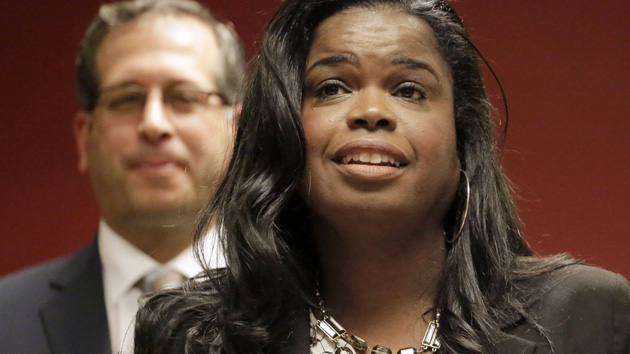 Score one for the Black Lives Matter movement.

Chicago-area voters have given the boot to Anita Alvarez, Cook County’s top prosecutor, who has been under fire for her handling of a police shooting case. Kim Foxx, who ran on a pledge to hold the police accountable, will be the Democratic nominee for state’s attorney in the November general election. With nearly all precincts counted Wednesday morning, Foxx won 58 percent of the vote, while Alvarez trailed at 28 percent and Dona More, the third candidate, pulled just 13 percent. Foxx will face Republican candidate Christopher Pfannkuche in November. 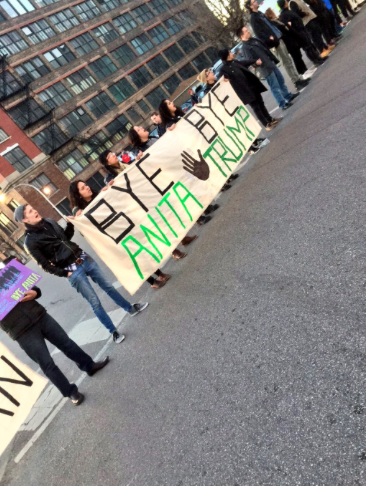 Protesters at the Chicago Trump rally.

Alvarez, who was seeking a third term as state’s attorney, waited more than 400 days to file charges against the Chicago police officer who fatally shot 17-year-old Laquan McDonald in November 2014, and then did so only after the city released incriminating video footage of the incident. During the campaign, Foxx accused Alvarez of delaying in order to avoid a Ferguson-like media spotlight. A Chicago Tribune op-ed suggested that Alvarez actually collaborated on the delay with Chicago mayor Rahm Emanuel, who at the time was locked in a runoff election. (You can read more about the McDonald saga here.)

The city, meanwhile, has seen months of anti-Alvarez protests—”16 shots and a cover up,” a reference to the number of times McDonald was shot, has become a rallying cry for demonstrators. Protesters of all colors have interrupted Alvarez at campaign fundraising events. Some even showed up to last week’s ill-fated Donald Trump rally—subsequently canceled—bearing anti-Alvarez signs (see photo). Alvarez has also faced criticism over her botched prosecution of a Chicago officer in the 2012 Rekiya Boyd shooting case.

Foxx, a former assistant state’s attorney, has promised to change the office’s focus, putting less emphasis on low-level offenses and more on prosecuting violent crime, all while restoring the public’s trust in law enforcement. “You’re not going to be able to actively combat violence and the problems that have neighborhoods under siege if you are not doing it in partnership with the neighborhoods,” she told Mother Jones. “You need the public as much as you need the police. It’s the public who we need to testify in court.” Foxx supports appointing a special prosecutor in police shooting cases; Alvarez and Dona More, the third candidate, did not. Foxx grew up in a notorious Chicago project before going on to college and then law school. 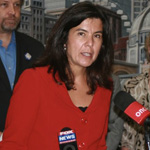 Local activist groups worked vigorously to get Foxx voters to the polls. Tanya Watkins, an organizer with the People’s Lobby, said the group made 200,000 phone calls and door-knocks to likely voters in Chicago and the city’s southern suburbs. Breanna Champion, who works with Black Youth Project 100, an organizing group affiliated with the Black Lives Matter movement, said the group spoke to 2,500 voters who said they were likely voting for Foxx. The group targeted young black voters on college campuses and also made phone calls and canvassed neighborhoods. (BYP100 also organized many of the anti-Alvarez protests.)

Watkins said the win shows that voters demand changes to the way criminal justice is carried out in their county. “I think that people have come to realize that our criminal justice system is absolutely broken,” she told me. “There is absolutely structural racism that exists. Black and brown people and poor people are targeted…And people are ready for that to change.”

Champion said the win is a testament to the political effectiveness of the Black Lives Matter movement. “It shows that when young black people are actually engaged around issues that we care about…[we are] highly effective,” she said.

Democratic voters in Cuyahoga County, Ohio, also dumped Tim McGinty, the prosecutor who botched his prosecution of a Cleveland officer in the 2014 shooting death of 12-year-old Tamir Rice, nominating challenger Michael O’Malley for district attorney general in his place. O’Malley led by 15,000 votes as of around 1 a.m. ET Wednesday, with nearly 90 percent of precincts reporting—and McGinty conceded. Although O’Malley ran on a platform that included changing how cases in which police use deadly force are handled by the attorney general, he was not as hard-line in his stance on criminal justice reform as Foxx; on the campaign trail, he repeatedly refused to answer questions about how he would have handled the Rice case differently than McGinty. O’Malley is expected to run unopposed in November.

This article has been updated to reflect changes to the Mother Jones style guide.