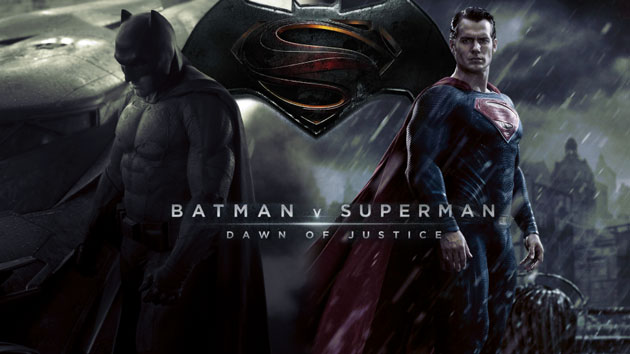 This is a bad film.

Very bad. Profoundly bad. This movie is exhaustingly, catastrophically bad. It is a failure on every single level. The story is bad. The direction is bad. The music somehow manages to be bad. The acting is at best serviceable and at worst, in one egregious case, unwatchable. The sensation of watching this film is pain. The amount of pain may vary depending on your particular tastes, but some measure of pain is the promise of Batman v Superman: Dawn of Justice.

In the end of Man of Steel, Superman and Michael Shannon’s Zod have a big battle that leaves most of downtown Metropolis in ruin. One of those ruins is a building owned by Bruce Wayne. Bruce Wayne is very mad that his building was destroyed, and Batman v Superman begins with Ben Affleck’s aged Wayne being very upset at Superman. Superman, too, is no fan of Batman because Batman likes to brand his collars with a bat iron so that they get killed in prison (this is a real plot point) and Superman thinks this is unbecoming of a gentleman. Or a gentlesuperhero.  Or something. Also Superman knows Batman’s identity. Also no one calls him Batman. They call him the Bat of Gotham (nonetheless, the movie is called Batman v Superman, not the Bat of Gotham v Superman), which suggests the movie title takes place in a universe that is separate from the movie itself.

Also, Metropolis and Gotham are literally across the river from each other. You can see one from the other. On numerous occasions people in one city look across the river and say, “let’s go to Metropolis/Gotham,” but the effect is not that these are distinct domains, but that in a comic book census, they’d both be in the same metropolitan area. In this film, Gotham and Metropolis are comparable to Minneapolis and St. Paul. Earth’s greatest heroes live in Minneapolis and St. Paul and spend all their time going back and forth between the two.

Affleck’s Batman is less a remarkable physical specimen who can do karate and kill 1,000 ninjas with his bare hands (a la Christian Bale) as he is a well-armed sociopath. His main superpower in this film is owning a number of firearms. Imagine a more serious and elaborately costumed version of Nicolas Cage’s character in Kick-Ass. Along for the ride is Jeremy Irons as Alfred, making tea and saying things like, “Hey kid, why don’t you go out and get a girlfriend and stop stewing about your parents’ death 40 years ago?”

Meanwhile, across the river, Lex Luthor, played by Jesse Eisenberg, is very mad at Superman because…well, it’s not clear except he has always hated the Man of Steel. Eisenberg gives roughly 1,000 speeches in which he describes his motives, but nothing he says makes any sense or hints to any actual motive. He’s really mad at God—he talks about God a lot—but it’s not clear if he’s being critical of actual religion or if he’s just using it as a metaphor, God being the ultimate Superman. After about two hours he mutters some throwaway line about how his father beat him, so maybe that’s why? Parents just don’t understand! Lex Luthor also knows that Batman is Bruce Wayne and he decides he wants Batman and Superman to fight. So there is an hour and a half of utterly incomprehensible nonsense in which Luthor Iagos them into battling.

Let’s talk about Jesse Eisenberg’s Lex Luther for a second. Eisenberg is a fine actor but his performance in this movie is grating. And it’s not just a bad performance. It’s a bad performance clearly egged on by misguided direction, combined with thoroughly inane lines. Eisenberg’s Luthor is one of those rare characters in the history of cinema you just don’t want to see on screen. Whenever he comes on you’re gritting your teeth and hoping the frenetic editing will cut to another scene.

Then there is the existential question: “How could Batman possibly defeat Superman?” What’s that? You know how he could defeat Superman because it is the only way anyone can defeat Superman? With kryptonite, of course. Right? Yes, you are correct. Batman steals some kryptonite from Lex Luthor who bribed a US senator with Jolly Ranchers (this actually happens) into giving him Michael Shannon’s kryptonite ship from the last movie. But Lex Luthor sort of wanted Batman to steal it so it wasn’t really stealing stealing. Or something. Are you still with me?

Batman makes some kryptonite grenades and a kryptnoite spear and blah blah blah 90 minutes into this assault on the senses they finally fight and it is really great and makes up for the rest of the—hahahahah just kidding.

I don’t want to spoil this awful train wreck for you so I won’t go into details but the end of the Batman/Superman fight is the most ridiculous thing in the entire world. It makes not a lick of sense and is impossible to sit through without giggling. Importantly, these are laughs of discomfort not delight.

Oh! Wonder Woman is also in this movie. If you’re wondering why my mentioning her seems like an afterthought, it’s because that’s how she’s treated in the movie. I don’t know what else to tell you. She seems nice? Nothing is explained about her at all.

The best thing about this film is the ending. And not the substance of the ending, which makes no sense; it’s the existence of the ending because it means I am no longer stuck in that theater watching this awful movie. And yet even this is a letdown! The ending carries the explicit threat that this saga will never be over. Warner Brothers has gone all in on this version of the DC characters for their own comic universe. Next will be Suicide Squad and then Wonder Woman and then Justice League. These movies will apparently all be terrible, but we’ll see them anyway because that’s life.

The most infuriating part of this for me was that it didn’t have to be this way. With the exception of Eisenberg, the actors are all fine in their roles. None of them have much to do, but they do it serviceably—and Affleck, for his thankless part, is actually pretty good! Easily the best thing about the movie. I would love to see a thoughtful film about Ben Affleck’s winsome old Batman, but I can’t summon the optimism to believe the people who made this movie will ever make that movie.

I wish they would take the series away from Zack Snyder et al. Give it to someone else. Give it to the third grip from the Marvel movies. Hell, give it back to Bryan Singer! Batman v Superman: Dawn of Justice heralds justice not for Clark Kent or Bruce Wayne, but for the underappreciated Superman Returns, which is worth a second look. It may have been not ideal but it wasn’t painful to watch. Batman v Superman is a movie that can only be endured, never enjoyed.