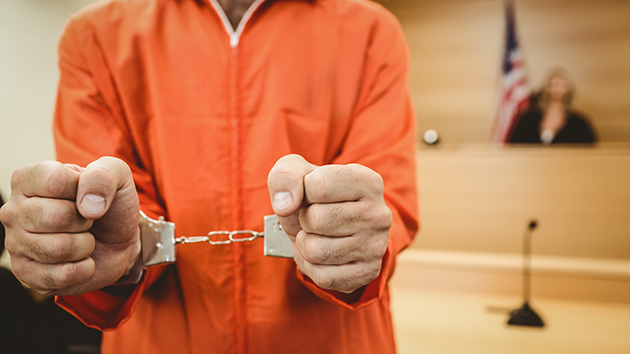 In a dramatic vote to override the governor’s veto, the Maryland state Senate on Tuesday voted to restore voting rights to felons on probation or parole, giving approximately 40,000 felons the right to vote.

The right of former felons to vote has become an increasingly partisan issue in recent years. Democrats have pushed to roll back restrictions on ex-felon voting rights, while Republicans in states such as Florida, Iowa, and Kentucky have recently made it harder for ex-felons to regain their voting rights. Felons are disproportionately likely to be minorities and Democratic voters. But not every Republican is opposed to rights restoration. Sen. Rand Paul (R-Ky.), for instance, has pushed for restoring rights after incarceration. In some states, such as the swing state of Florida, nearly 20 percent of voting-age African Americans cannot cast a ballot due to the state’s permanent ban on felon and ex-felon voting.

But in Maryland, the Democratic-controlled General Assembly was able to narrowly override the veto of Republican Gov. Larry Hogan in order to expand voting rights.

At issue in Maryland’s bill was whether to restore voting rights to felons who have completed their prison sentence but are still on parole or probation. The bill passed the legislature last year, but Hogan vetoed it. Last month, the state House voted to override the veto, leaving a squeaker of a vote in the state Senate.

Unlike in many states, ex-offenders in Maryland already had the right to vote after all terms of their sentences were met. (Felons still in prison remain unable to vote.) The new law makes Maryland the 14th state to allow felons to vote once out of prison. But as the Baltimore Sun reports, it was tough to muster enough support for the override, which ultimately broke down along party lines.

The vote, twice delayed in order to muster enough support, followed an expansive debate that touched on resolving racial disparities in the criminal justice system and protecting victims of violent crime. Proponents argued voting would help felons rejoin society. The current system requires felons to complete probation and parole before registering to vote. Supporters of the law said that process was confusing and demoralizing to people trying to rebuild their lives…

In a largely party-line vote, Republicans in the Senate argued that felons should be allowed to vote but not before they have completed all the terms of their sentences.

Tuesday’s Senate vote was not without drama. Once Democrats had enough support for the override, a state senator was unexpectedly missing from the floor—causing the vote to fail. The rule books came out and for several minutes it was unclear if the veto would stand. Ultimately, the vote was taken up a second time when the senator returned to the floor, and the override was successful.

Senator who missed veto override said he was up visiting the governor about an award for governor’s wife. Asks if he can please vote.

And now the Senate actually overrode the veto. pic.twitter.com/OwIZd0dBVy