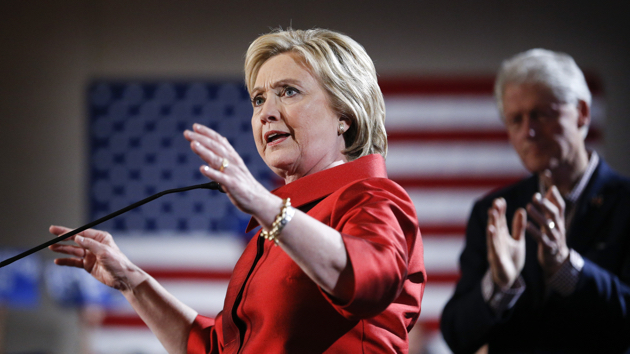 It might have been closer than most people would have guessed a month ago, but Hillary Clinton’s long-term investment in Nevada paid off. The former secretary of state edged out Sen. Bernie Sanders by about five percentage points in the Nevada caucuses. It wasn’t quite the 20-point edge that Clinton had in polls from late last year, but it was a decisive win that backs up the Clinton campaign’s contention that Sanders won’t be able to maintain the same level of support he enjoyed in Iowa and New Hampshire as the contest moves to more diverse states.

Nevada was always a big priority for Clinton, a first test to see if she could bring together the multicultural coalition that has formed the Democratic base across the country. Her campaign manager, Robby Mook, got his start on the Clinton team running her 2008 campaign in the state. The campaign had a bevy of staffers in the state, including Mook disciple Emmy Ruiz, as soon as the national campaign launched in March. They replicated the sort of grassroots community organizing that Mook learned on Howard Dean’s 2004 campaign.

Sanders, meanwhile, didn’t get going until half a year later. His state campaign manager, Joan Kato, didn’t arrive until November. While the Clinton campaign spent the final weeks of the race running a get-out-the-vote effort to make sure Clinton backers actually showed up to caucus, the Sanders campaign was still trying to identify its supporters at a phone banking event Wednesday focused on reaching Latino voters.

“I think one of the reasons that we got here a little bit later, that the average person in Nevada understands, is that we were raising our money through small donor donations,” Kato told me later that day. “[With a] $27 average donation, [it] might take you a little bit more time to get off the ground.” But the Sanders campaign quickly ramped up, spending more on TV ads in the state and eventually opening more field offices (12) than the Clinton campaign (7).

But those numbers were misleading. The Clinton campaign had begun to shift operations to volunteers’ homes, a tactic used by the Obama campaign and the sort of peer-to-peer organizing favored by Mook. When David Plouffe, Obama’s former campaign manager, swung by a Clinton field office earlier this week, the volunteers continued calling Clinton supporters, undistracted by the political celebrity sighting.

“I think March is going to be a very good month for Hillary Clinton,” Plouffe said after talking with the volunteers. “February is going to be more challenging, and Robby and his team knew that months ago, before Sanders even began to pick up noticeable steam. Early states by definition tighten.”

Saturday’s results show what the Clinton campaign has long contended: States with diverse electorates aren’t going to back Sanders. Early entrance polls (with a small sample size) initially indicated that Sanders had won Latino voters, but the results from precincts with large populations of Latino voters suggest otherwise. That’s good news for Clinton, who will rely on strong minority support in South Carolina a week from today. “One of the reasons the caucus is here in Nevada,” Clinton said at a rally Thursday night in Las Vegas, “is because you’re a Western state, number one, and number two are a diverse state. You are the future of our country, and we’ve got to make sure it’s a good future.”