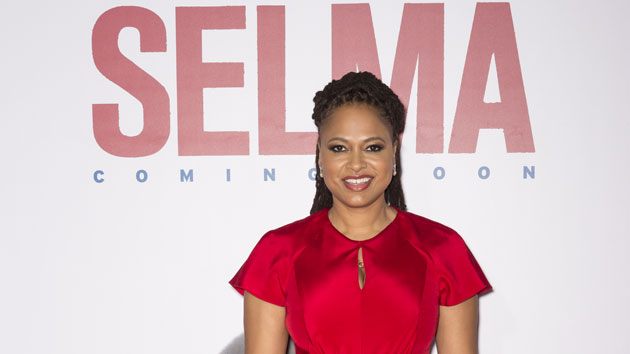 Not really feeling the Oscars this year? Well, there’s another star-studded event you can tune into Sunday night—this one is in Flint, Michigan. Blackout for Human Rights, an activist coalition co-founded by directors Ryan Coogler (Creed, Fruitvale Station) and Ava DuVernay (Selma) is hosting #JusticeforFlint, a live benefit to raise funds for residents of the lead-stricken city. The shindig, hosted by comedian Hannibal Burress, will feature the awesome singer Janelle Monae—who led several Black Lives Matter protests last summer during stops on her nationwide music tour—Empire‘s Jussie Smollett, Jesse Williams of Grey’s Anatomy, and other prominent black actors and performers. It’s free to the public, but attendees can donate to a Flint fund at the event. The event coincides with Oscars day, but that’s just a coincidence, according to Coogler, who was snubbed for the Best Director category for Creed. (DuVernay was snubbed for Selma last year.) The date was chosen because it was the last weekend of Black History Month.

“We will give a voice to the members of the community who were the victims of the choices of people in power who are paid to protect them, as well as provide them with a night of entertainment, unity, and emotional healing,” Coogler said in a statement to BuzzFeed. “Through the live stream we will also give a chance for people around the world to participate, and to donate funds to programs for Flint’s youth.” #JusiceforFlint will be live-streamed exclusively on revolt.tv, the online counterpart to the RevoltTV network founded by hip-hop mogul Sean “Puffy” Combs. The event airs at 5:30 p.m. EST, 90 minutes before the Oscars’ Red Carpet coverage commences. So if you’re interested, you can probably catch most of both.

Flint has been in the national news since last October, when news broke that the city’s water had been contaminated with lead for well over a year, despite pleas to local and state officials. Check out this article about the Flint mom who helped bring the scandal to the nation’s attention. It’ll make your blood boil.