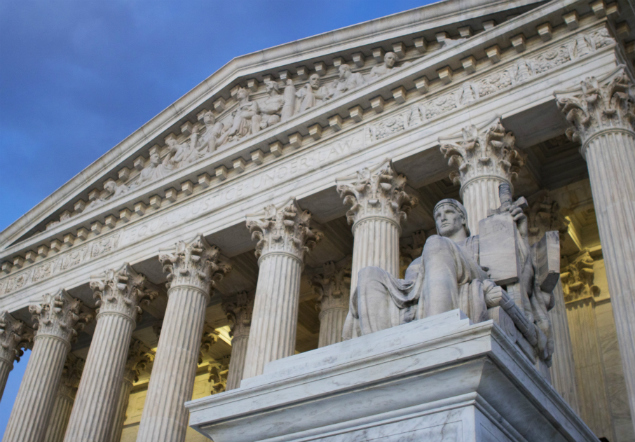 The last time a sitting Supreme Court justice expired on the job was in 2005, when Chief Justice William Rehnquist died of cancer. But Rehnquist’s death was somewhat expected, and he died in September, before the start of the October term, and before the court was in full swing with oral arguments and case decisions. Justice Antonin Scalia, unfortunately, has died smack in the middle of a blockbuster court term, with a host of hot-button cases argued, or about to be argued, and all to be decided by the end of June.

Because of the polarized nature of the court, Scalia’s death makes it all but certain that in most of those cases, the votes will result in a 4-4 tie, which means that the decision of the lower courts will likely stand unless one of the justices goes off the reservation and votes with the opposite side. That means we can probably predict the outcome of several key cases without having to wait until June.

The results are a mixed bag. The Obama administration is likely to lose an important fight over immigration. Unions win. Reproductive rights for women could suffer. And challenges to redistricting are likely to founder.

Here’s a rundown of how six of those cases are likely to unfold:

Friedrichs v. California Teachers Association: Perhaps the biggest beneficiaries of Scalia’s death are public sector unions. This case, which produced one of the more contentious oral arguments of the term, was headed towards a 5-4 decision in favor of Rebecca Friedrichs and the other plaintiffs who were challenging the California’s teachers’ union’s right to charge public school employees fees to cover the costs of the collective bargaining it did on their behalf, even though they aren’t members of the union. The case was teed up by conservative Justice Samuel Alito, and labor supporters feared a ruling against the union could devastate what’s left of labor’s power. The lawyers for Friedrichs asked the lower court to rule against them to hasten the case’s arrival at the Supreme Court. The Ninth Circuit Court of Appeals complied, and now that decision is likely to stand if the liberal-conservative split on the court delivers a 4-4 vote. Labor wins.

US v Texas: Texas and nearly two dozen other states filed suit to block the implementation of President Barack Obama’s orders to the Department of Homeland Security to defer the deportation of about 5.5 million immigrants, especially children brought to the US illegally by their parents. In November, the ultra-conservative Fifth Circuit Court of Appeals, upholding a lower court decision, ruled that Obama had exceeded his authority to make such sweeping changes to the immigration system without an act of Congress. Obama’s move was in trouble even with Scalia on the court, but now it seems likely that a tie vote will result in the Fifth Circuit’s ruling holding fast. Immigrants lose.

Evenwel v Abbott and Harris v Arizona Independent Redistricting: These cases both involve attacks on the drawing of legislative districts and involve the sorts of political issues that the court has historically avoided, preferring to leave politics and redistricting fights to the politicians. Rulings in favor of the plaintiffs–mostly tea party activists–would likely result in political districts more tilted to favor rural, white Republican voters. Both cases came to the court on appeal from unusual three-judge courts that are specifically delegated to hear certain sorts of election law and voting rights cases. Those trial courts are different in that appeals of their decisions go straight to the US Supreme Court, bypassing the traditional federal appellate courts. Conservatives in recent years have used these courts as a way of fast-tracking their cases to the now-very conservative Supreme Court. The landmark Citizens United case came to the court this way. Now, though, that fast track is going to grind to a halt, as the plaintiffs in both cases lost in the three-judge courts, whose decisions are likely to now stand. Tea partiers lose.

Women’s Whole Health v Hellerstedt and Zubik v Burwell: The court is poised to hear several major challenges involving women’s reproductive health rights. In Women’s Whole Health, the court will decide whether Texas’s restrictive abortion law, which has already resulted in the closure of many clinics and, if fully enforced, would close even more clinics and force women in Texas to travel long distances or leave the state in search of a legal abortion, is constitutional. The conservative Fifth Circuit upheld most of the law, but the Supreme Court blocked parts of it from taking effect until the case could be heard. If there’s a tie at the Supreme Court, the abortion clinics are all but doomed.

In Zubik, a host of religious organizations, including the Little Sisters of the Poor, have asked the court to block a requirement by the Obama administration that they sign a form asking for a religious exemption for providing mandatory contraception coverage in their insurance plans for employees that’s required by the Affordable Care Act. Virtually all of the lower courts have ruled against the nuns and the other organizations, declaring that signing a piece of paper isn’t much of a burden on religious liberty. So a tied Supreme Court vote is likely to result in a victory for the Obama administration. Nuns lose.