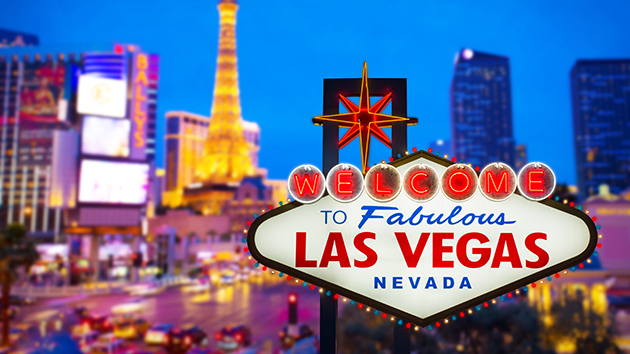 Marco Rubio is the betting markets’ top-pick to win the Republican presidential nomination, and he’s polling the best among the candidates most closely aligned with the party’s establishment. But with the first votes less than a month away in the primary contest, his campaign is in search of an early victory with which to stake his claim to that front-runner status.

“Rubio’s biggest concern is: Where do I get an early win?” says GOP strategist Ford O’Connell. “That is what is keeping them up at night.”

The answer is looking increasingly like Nevada. The problem is that Rubio’s currently trailing badly in the polls there, and his best shot at early momentum is an uphill climb.

Rubio was always unlikely to win in Iowa, where the Republican caucus-goers prefer outspoken social conservatives like Mike Huckabee (the 2008 winner) and Rick Santorum (the 2012 winner). Instead, his launching pad was generally considered to be New Hampshire, where establishment candidates like John McCain (2008) and Mitt Romney (2012) have cemented their front-runner status. But this year, despite Rubio’s strong standing among the party establishment, a New Hampshire win seems unlikely, thanks largely to the Donald Trump phenomenon.

Next comes South Carolina, where the latest poll has Rubio at 12 percent, behind Ted Cruz at 23 percent and Trump at 38 percent. That leaves the February 23 caucuses in Nevada, the final state where Rubio can lay claim to an early victory and position himself as a top contender going into Super Tuesday on March 1.

Nevada is an attractive state for Rubio for many reasons. He lived there for several years as a child, at a time when he practiced Mormonism, giving him a connection to the state’s large Mormon population as well as its sizable number of Hispanic voters. And unlike New Hampshire and South Carolina, Nevada is a caucus state—where conventional wisdom says a robust ground game can put the hardest-working candidate over the top. Rubio has built up a serious campaign operation in the Silver State, led by Mike Slanker, who ran Republican Brian Sandoval’s two winning gubernatorial campaigns and Dean Heller’s US Senate victory in 2012. Rubio’s campaign chairman is the state’s lieutenant governor, Mark Hutchison, a prominent Mormon who is helping Rubio win over that crucial group. In Nevada, Mormons represent just 4 percent of the population but are expected to make up nearly a quarter of the Republican caucus-goers next month. “We’re doing the same thing with Rubio as we’ve done to win statewide,” Hutchison told National Review Online recently. “We know what to do. We know how to win.”

Of course, other campaigns are getting the same idea. Trump and Cruz, whose campaign is ramping up its efforts in Nevada, both lead Rubio in the latest poll in the state. Polling in Nevada has been sparse, and it’s notoriously difficult to predict the outcome of caucuses with statewide polls. But the numbers in the latest survey show Rubio 22 points behind Trump and 9 points behind Cruz—hardly a front-runner position.

Cruz, who is currently the favorite to win Iowa, is banking on the heavily Southern Super Tuesday states to win the nomination—a strategy all the more likely if he wins Nevada. “Cruz wants to have two wins underneath his belt” ahead of Super Tuesday, says O’Connell. “If he can sway evangelicals away from the Trump phenomenon going into the South, he’s in much better shape.”

For months, Cruz has been talking about the federal government’s massive land holdings in the West, an issue that, as O’Connell points out, is a big deal in Nevada. And, like Rubio, he has enlisted prominent Mormons to help him win over that demographic.

Then there’s Jeb Bush, who’s looking for his chance at a comeback. Initially, his path to the nomination was supposed to begin in New Hampshire, but with the former Florida governor trailing badly there, Nevada could become Bush’s last stand if he lasts until late February. Bush’s campaign claims it has the best organization in Nevada, and that in a caucus state, organization is what matters most.

“We’ve made close to a quarter of a million contacts” with voters, says Republican strategist Ryan Erwin, a senior adviser to the Bush campaign. “In an election where turnout has never reached 50,000 for a Republican caucus, the campaign that turns out the extra four or five thousand people beyond its goal probably wins.”

And who would suffer most if Bush manages a decent showing in Nevada? The other candidate banking on the support of establishment voters: Rubio.