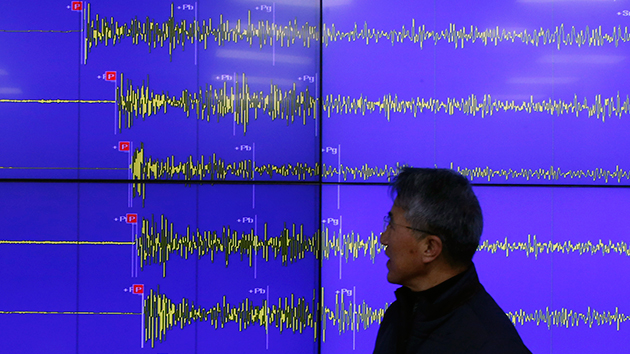 There’s still plenty of doubt about whether North Korea did in fact detonate a sophisticated hydrogen bomb on Wednesday local time, or if the explosion that triggered a 5.1-magnitude earthquake was a nuclear test more akin to previous ones in 2006, 2009, and 2013. Even as the UN Security Council held an emergency session on Wednesday, the White House said initial US findings were “not consistent with North Korean claims of a successful hydrogen bomb test”—something that would have represented a major ramp-up in North Korea’s nuclear capabilities.

But this test was not business as usual for North Korea in one important way, believes Charles K. Armstrong, a leading expert in Korean history and politics at Columbia University: “It’s not clear that they are really interested in using this as a negotiating tactic.”

That diverges somewhat from previous nuclear brinkmanship from North Korea’s leaders. In the past, the international community has managed to cool some of the persistent tensions set off by North Korea’s nuclear tests and missile launches by offering energy and food. That, in turn, was aimed at getting the country’s leaders back to the negotiating table, on a long and fraught road to potential nuclear disarmament. Now, Armstrong explains, Kim Jong Un appears less interested in building leverage for negotiations than in bolstering his internal political clout—and after North Korea’s continued broken promises on nuclear testing, it’s not clear that the United States and its allies could even offer him more enticements.

“There’s not much we can do anymore to increase the economic pressure on North Korea,” Armstrong said in a phone interview Wednesday.

“There’s not much we can do anymore to increase the economic pressure on North Korea.”

In any case, this time the nuclear test appears to be more geared toward amassing power for the young leader than engineering a way to get much-needed relief. “Number one: They’ve conducted this nuclear test for themselves,” Armstrong said. “Not so much, this time, for the outside world, but to demonstrate the strength of the Kim Jong Un leadership, and the position that they are a force to be reckoned with.”

“I think they are very serious about a nuclear program,” he added. “They do want to engage with the US, in my view, and break out of their isolation and improve their economy, but in a kind of perverse way, they feel this is the best way to do it. They want to negotiate from a position of strength.”

Other North Korea experts have expressed similar sentiments. “North Korea’s armament program is on its own timetable, and it’s not unlikely that every potential new stage is tested out as quickly as possible, regardless of what is going on elsewhere in the world,” B.R. Myers, the author of several books on North Korea and a North Korea analyst at Dongseo University in South Korea, told Slate. “I think the West needs to get away from the habit of regarding the regime’s nuclear tests and ballistic launches as isolated provocations timed to generate maximum attention.”

Nuclear ambitions are key to the regime’s identity, Armstrong says, and shouldn’t be discounted. “The pillar of North Korea’s sense of identity and power under Kim Jong Un is having nuclear weapons,” he explained.

“The pillar of North Korea’s sense of identity and power under Kim Jong Un is having nuclear weapons.”

One dominant theory is that North Korea provokes the international community with nuclear and missile tests to try to exact aid as an inducement to calm down. After North Korea’s first nuclear test in October 2006, the six-party talks between the regime and the United States, South Korea, Japan, China, and Russia fell apart, only to come together the following year when North Korea was promised shipments of 50,000 tons of fuel oil in return for a “freeze” of the country’s Yongbyon nuclear facility. But North Korea’s second nuclear test in May 2009 effectively ended discussion of US energy assistance to North Korea.

This time, another key world event might be driving Kim’s decision-making: 2016 will be the first time in 36 years that the entire ruling Workers Party has met for a congress, hosted in the capital in May. “This is a very big deal,” Armstrong told me. “The nuclear test is part of the preparation in a way. It’s demonstrating Kim Jong Un’s strong leadership, and that North Korea is a strong and powerful state in the run-up to his major meeting.”

In this high-stakes game of nuclear chess, Armstrong stresses that it’s important not to lose sight of the North Korean people.

“What I hope does not happen, however, is cutting off of humanitarian aid, because this is really gravely needed by many millions of people in North Korea,” he said. “I would hope there can be a way found to move forward without making the people of North Korea suffer more than they already have.”