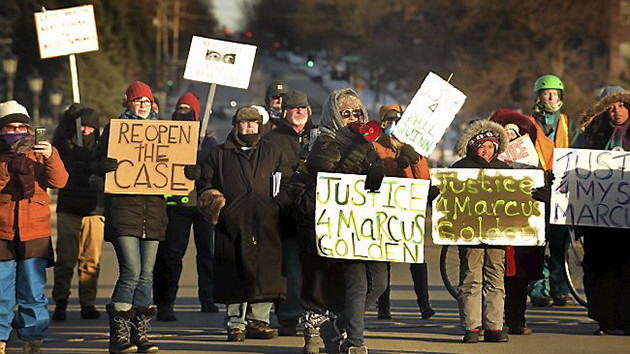 A St. Paul, Minnesota police officer has been placed on administrative leave after allegedly telling drivers to run over Black Lives Matter protesters who planned to block traffic as part of a march on Martin Luther King Jr. Day.

Around 1 a.m. on Saturday, a Facebook user named “JM Roth” posted a comment on a Pioneer Press article about the scheduled protest that said: “Run them over. Keep traffic flowing and don’t slow down for any of these idiots who try and block the street.” The comment then suggested how drivers could legally justify hitting protesters with their cars:

Andrew Henderson, a local activist who maintains the Minnesota Cop Block Facebook page, first noted and reported the comment, which has since been deleted, to the St. Paul Police Department. In phone conversations he recorded and uploaded to YouTube, Henderson told Saint Paul Police Department officials that the “JM Roth” account belonged to Sergeant Jeffrey M. Rothecker. Henderson said Rothecker had admitted in previous comments that he was “JM Roth.”

St. Paul Mayor Chris Coleman and Police Chief Thomas Smith have denounced the comment and announced that an investigation into the matter is underway. Senior Commander Shari Gray, the head of the department’s internal affairs unit, also met with Henderson on Sunday, according to the Pioneer Press.

“There is no room in the Saint Paul Police Department for employees who threaten members of the public,” Coleman said in a statement released on Monday. “If the allegation is true, we will take the strongest possible action allowed under law.”

The St. Paul Police Federation, the union for officers, is representing Rothecker, according to the Star Tribune.

The news comes one year after motorist Jeffrey P. Rice struck a teenage girl who was protesting outside a Minneapolis police station. The girl was part of a November 2014 demonstration that took place after a Ferguson, Missouri grand jury declined to indict the officer who shot and killed Michael Brown. The girl suffered a minor leg injury. Last October, Rice, who is from St. Paul, pleaded guilty to a charge for failing to yield to a pedestrian. He was fined $575 and ordered to attend a driver’s education course.