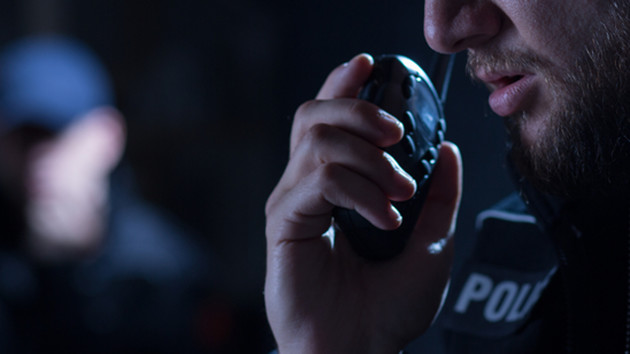 The fatal police shooting of Quintonio LeGrier and Bettie Jones on December 26, 2015, has spurred calls to reassess how Chicago cops are trained to approach people who may be having a mental health crisis. Yet for years, the city’s crisis intervention training program—which is designed to prevent such tragedies—was considered one of the nation’s best.

LeGrier, 19, was fatally shot at the front door of his father’s home after police responded to a 911 call about a man carrying a baseball bat. Jones, 55, was a neighbor who lived in the same building and shared the same entrance as LeGrier’s father. She was accidentally struck by the gunfire, police officials said.

LeGrier’s father, who had initially called 911, later told the Chicago Tribune that his son had “some emotional problems” after spending time in foster care and had previously been admitted to a hospital for those issues. It remains unclear if LeGrier gave any indication of his son’s mental health history during his 911 call. Chicago police officials have declined requests to release any call recordings, citing the ongoing investigation.

In response to LeGrier’s and Jones’s fatal police encounter, Chicago Mayor Rahm Emanuel has called for an immediate review of the way cops are trained to handle calls requiring mental health assistance. Meanwhile, advocates have pointed out how a shortage of resources has compromised what used to be seen as a promising crisis intervention program.

Here’s some key background on an aspect of police training that’s been increasingly drawing national attention:

What exactly is crisis intervention training, and why does it matter? Crisis intervention is a type of police training that prepares officers for encounters with people who may be suffering from mental illnesses. A group of law enforcement officials, mental health experts, and community advocates started the first of these programs in Tennessee in 1988, after a Memphis police officer shot and killed a man with a history of mental illness. Such training can help reduce unnecessary arrests and use of force, research shows. Approximately 7 percent of all police encounters with the public have involved people with mental illnesses, according to one 1999 study. And the Washington Post‘s ongoing count of fatal police shootings in America suggests that number is on the rise. About a quarter of those killed by the police in 2015 were experiencing a mental illness or an emotional crisis, the Post estimates. Today, there are an estimated 2,700 crisis intervention programs across the country.

How did Chicago’s program start? Chicago began offering crisis intervention training to its officers in 2005, after a spate of incidents in which mentally unstable individuals died during encounters with the police. Today, roughly 1,900 of the force’s active-duty officers (about 15 percent) have undergone the 40-hour course, according to the Chicago Police Department. Chicago’s crisis intervention training is voluntary, as is typically the case with police departments. The Chicago police academy also offers nine hours of training on mental health issues.

The program showed a lot of promise at the outset, with strong support from then-Police Superintendent Philip Cline, says Amy Watson, an associate professor at the University of Illinois at Chicago. In a 2010 study, Watson and her colleagues found that officers who received crisis intervention training were more likely to direct people to mental health services and less likely to use force. Similar studies have found that specialized training can reduce arrests and help officers avoid getting injured during encounters with people who may be mentally ill.* Chicago’s crisis intervention program was “the most widely recognized and adopted best practice model of specialized response in the nation,” the city’s then-deputy police superintendent, Alfonza Wysinger, testified to a Senate Judiciary Subcommittee in 2014. But recently the program has suffered from a lack of support and funding, according to Watson and mental health advocates.

What changed? The city’s support for the crisis intervention program started to wane after Cline retired in 2007, according to Watson. The number of staff managing the program declined from 10 to 4 people, even as the number of 911 calls requesting crisis intervention help has gradually increased. Funding for crisis intervention trainings, which is usually provided by the state-funded Illinois standards and training board, has also been inconsistent. Last year, when Illinois lawmakers and Gov. Bruce Rauner deadlocked over the state budget, the state training board had to cancel hundreds of police trainings, including crisis intervention, due to lack of funding. About 200 Chicago police officers missed out on the course as a result, according to local mental health advocacy groups.

What about other services for the mentally ill? Between 2010 and 2014, according to the National Alliance on Mental Illness, Illinois cut spending on mental health services by 32 percent. Fifty percent of Chicago community mental health centers shut down, along with 30 percent of state facilities. For people dealing with mental illness, it’s now “a choice between calling 911 or waiting two months for your appointment,” says Watson, the professor from the University of Illinois at Chicago.

The Chicago Police Department was likely underreporting the number of calls involving people with mental illnesses, which already vastly outnumbered trained officers on duty, according to the former deputy superintendent, Wysinger. The shortage of resources means there’s more risk that officers and the people whom they encounter will get hurt.

What more do we know about the LeGrier and Jones cases? In theory, 911 dispatchers in Chicago should be trained to find out if a caller requires assistance from a crisis-intervention-trained officer, Watson says. But the Chicago Police Department’s crisis intervention team, which has been understaffed and stretched thin, has not trained the city’s 911 dispatchers since 2011, she says. It’s unclear if LeGrier’s father informed the 911 dispatcher of his son’s mental health history, and if the dispatcher who took the 911 call from LeGrier’s father asked any questions to determine if specialized help was needed. The Chicago PD has declined requests—including from Mother Jones—to release a recording of the call. Dispatcher’s notes obtained by the Chicago Tribune described a male caller who said someone was threatening his life but refused to answer questions. In a second 911 call placed 30 seconds later, the caller said his 19-year-old son was “banging on his bedroom door with a bat,” according to the notes. The dispatcher who relayed the call to officers described it as a “well-being check” and a domestic disturbance, the Tribune reported.

In addition, there isn’t a clear and consistent system for 911 dispatchers to identify which officers in the field are trained in crisis intervention. Generally speaking, police department supervisors are supposed to send to dispatchers—who are employed by the city’s Office of Emergency Management and Communication—a list of trained officers, their shifts, and assigned dispatcher zones. “That list doesn’t always get sent,” Watson says.

It’s unclear if any of the officers who were at the scene that day had received the voluntary 40-hour crisis intervention training. Even if a trained officer had been present, Watson says, it’s hard to say if the shooting could have been prevented. “It really depends on what they saw when the door opened,” she says.

What’s next? The Chicago Police Department plans to hold 26 crisis intervention training sessions in 2016, making the course available to an additional 910 officers, a Chicago police spokesperson told the Associated Press. That still falls short of Watson’s recommendation to train about 35 percent of Chicago officers—which would ensure there is one crisis-intervention-trained officer assigned to each shift and police district at all times. But training more officers alone will make little difference, in Watson’s view. The Chicago PD will also need to fix the staffing shortages on its crisis intervention training team and address the gaps in working with outside agencies, including the 911 call center and local clinics.

More broadly, Watson says, the state will need to restore funding for mental health that has been slashed over the years, resulting in clinics closing across Illinois. Last year, roughly 10,000 Chicago patients lost care after five community clinics shut down. “Things have gotten worse pretty quickly,” Watson says. “There’s just been less and less.” That’s added to the burden on police officers to assist people in need of treatment.

*The story has been updated to clarify the sources of these findings.