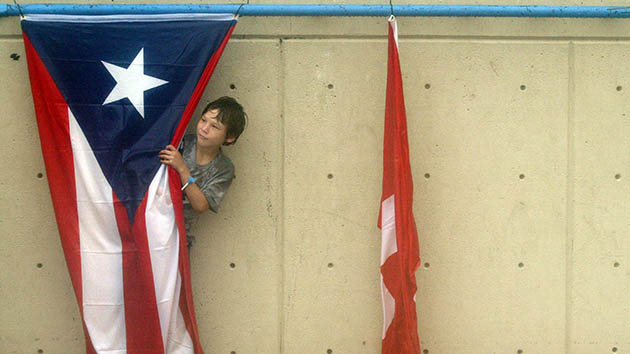 After months of pleading by the governor of Puerto Rico and the island’s representative to Congress, lawmakers have introduced legislation in both the House and Senate that would offer tangible help for the island’s debt crisis. On Wednesday, the Republican chairs of three Senate committees proposed $3 billion in cash relief, a 50 percent payroll tax cut for Puerto Rico residents for the next five years, and the creation of an independent “assistance authority” that would help the government of Puerto Rico with its short-term and long-term budgeting process.

A separate House bill introduced Wednesday by Rep. Sean Duffy (R-Wis.) would permit the island’s cities to restructure mounting debts through bankruptcy reorganization, an option available to cities in the United States but not in Puerto Rico. The legislation comes as the US territory grapples with ballooning debt payments on roughly $72 billion in borrowing that the island’s governor, Alejandro García Padilla, has said the island cannot pay. According to Bloomberg, Puerto Rico is in danger of defaulting on $957 million in interest payments that are due on January 1.

Hatch and the other Republicans said in a statement that the bill aims to put Puerto Rico on a path to financial stability, but that it was drafted without all the information on the island’s financial situation or the details of how federal policies affect the island’s spending.

“Puerto Rico’s financial and economic challenges, fueled by a sagging economy and dysfunctional bureaucracy, have been years in the making,” Hatch said in a statement released Wednesday. “And despite repeated attempts by Congress to clarify how the interplay between federal tax, healthcare and pension policies affect the territory’s economy, we have been unable to receive audited financial statements from Puerto Rico or federal health officials. Federal taxpayers and the Puerto Rican people deserve better.”

The Republicans’ proposal specifically does not include provisions to allow the island’s cities and publicly financed institutions to restructure debt under federal bankruptcy laws. Duffy introduced a bill Wednesday that would give Puerto Rico this option, which is supported by both Senate Democrats and the Obama administration. Previous bankruptcy bills proposed by Democrats and Puerto Rico’s non-voting representative to Congress have all stalled.

Rep. Pedro Pierluisi, the island’s non-voting representative to Congress, said in a statement that he supported Hatch’s proposals for $3 billion in federal funding and the payroll tax cut for Puerto Rican workers, but stressed the importance of including bankruptcy provisions.

“Overall, I am grateful to Chairman Hatch for his attention to this issue, and I know he is approaching this matter in good faith,” Pierluisi said, adding that Congress should act on the bill before the holiday recess. “If Congress declines to take action by then, it does so at its own peril.”

The bill’s chances for success are unclear, but the fact that it was proposed by members of the Republican majority makes it more likely to pass than the previous plans offered by Democratic lawmakers.

Earlier in the day, Pierluisi spoke on the House floor about Puerto Rico’s debt crisis. While acknowledging that the island’s government has mismanaged spending and borrowing for years, he noted that a “second, equally significant source” of the problem was the colonial relationship between the United States and Puerto Rico, which he said was akin to that of a “master and his servant,” and “a national disgrace.”

“It denies my constituents, countless numbers of whom have served this country in uniform, the fundamental right to vote for their national leaders,” he said. “Remember this the next time you hear our country lecture another country about the importance of democracy…Puerto Rico must have equality in this union or independence outside of it. No longer should we be reduced to begging Congress for crumbs, and hoping you throw some our way. We must get off our knees, stand up straight, look you in the eyes, and say, ‘No more.'”

See his full statement below: