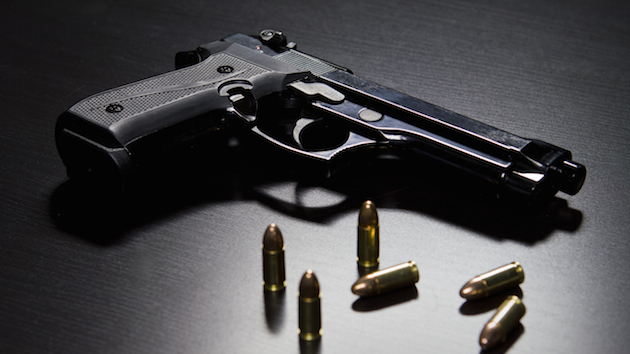 Even before today’s tragic shooting in San Bernardino, pressure was building in Washington to overturn an amendment, backed by the National Rifle Association, that has barred federal research on gun violence for nearly 20 years. More than 2,000 physicians, dozens of Democratic lawmakers, and even the author of the amendment have all called on Congress to once again allow gun violence to be investigated as a public health issue.

On Wednesday, nine medical associations publicly urged Congress to overturn the so-called Dickey Amendment, which in 1996 effectively halted research by the Centers for Disease Control and Prevention (CDC) and the National Institutes of Health (NIH) into the causes of gun violence.

“Gun violence is a public health problem that kills 90 Americans a day,” Dr. Alice Chen, the executive director of Doctors for America, said in a statement. “Physicians believe it’s time to lift this effective ban and fund the research needed to save lives.”

Tacked onto a 1996 appropriations bill, the Dickey Amendment was pushed through Congress by Republican legislators under substantial pressure from the NRA, as the amendment’s author, former Rep. Jay Dickey (R-Ark.), admitted in a 2012 op-ed in the Washington Post that he co-authored. Dickey wrote that the lack of research by the NIH and the CDC had resulted in a troubling information gap: “US scientists cannot answer the most basic question: What works to prevent firearm injuries? We don’t know whether having more citizens carry guns would decrease or increase firearm deaths; or whether firearm registration and licensing would make inner-city residents safer or expose them to greater harm.”

The doctors are not alone in calling for the amendment to be overturned: Late last month, dozens of House Democrats made a similar plea to renew federal research on gun violence. “We dedicate $240 million a year on traffic safety research, more than $233 million a year on food safety, and $331 million a year on the effects of tobacco, but almost nothing on firearms that kill 33,000 Americans annually,” they wrote in a letter to senior representatives in charge of appropriations. A few weeks before that, Rep. Mike Honda (D-Calif.) submitted a bill called the Gun Violence Research Act with the express purpose of “helping identify and treat those prone to committing mass shootings.”

Dickey himself has repeatedly urged Congress to overturn the provision that bears his name. In a letter published Wednesday by Rep. Mike Thompson (D-Calif.), chairman of the House Gun Violence Prevention Task Force, Dickey wrote, “Doing nothing is no longer an acceptable solution.”

“I commend Jay Dickey for taking this stand,” Thompson wrote in response. “As gun owners, we want to protect the Second Amendment. But at the same time, we recognize the fact that we can safeguard those rights while also allowing our expert scientists to conduct research on how to best prevent gun violence.”

A Mother Jones investigation published this summer found that gun violence costs the United States a staggering $229 billion every year.