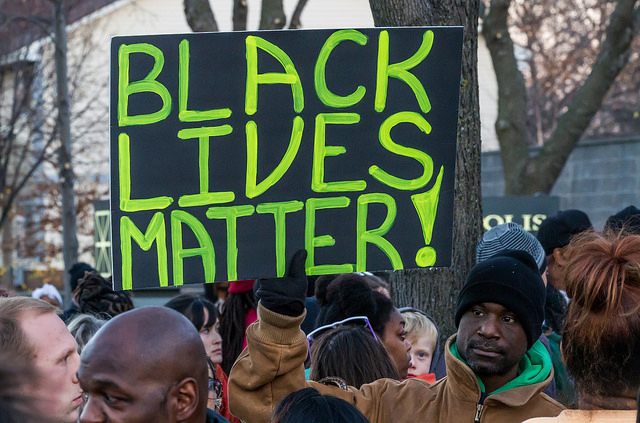 State’s Attorney Marilyn Mosby shocked the nation in April when she announced that charges would be brought against all six of the officers allegedly involved in the death of 25-year-old Freddie Gray, whose demise in Baltimore police custody sparked weeks of protests this past spring. The first of those officers, William Porter, headed to trial on Tuesday. Here’s what you need to know about the case.

The cause of Gray’s injuries remains in dispute, but there’s a dark police tradition of deliberately giving some suspects a “rough ride.

The incident: Gray died from a spinal injury after officers left him shackled in the back of a police van without a seatbelt. Although the exact cause of his injuries remains in dispute, there’s a dark police tradition of deliberately giving some suspects a “rough ride.”

The public response: Gray, who is black, became a rallying cry for the Black Lives Matter movement, joining a growing list of police-shooting victims—Michael Brown in Ferguson, Eric Garner in New York City, Tamir Rice in Ohio, Laquan McDonald in Chicago—that have led to protests across the nation. Baltimore Mayor Stephanie Rawlins-Blake brought in the Maryland National Guard and imposed a weeklong curfew to curb rioting that broke out there on the day of Gray’s funeral.

The charges: Officer William Porter, who is 26 and also black, has pleaded not guilty to charges of involuntary manslaughter, assault, reckless endangerment, and misconduct. In Tuesday’s opening statements, prosecutors argued that Porter “criminally neglected” his duty to ensure Gray’s safety by failing to fasten his seatbelt or call for medical help when it was clear that Gray was seriously hurt.

The prosecution strategy: Porter was first to stand trial because prosecutors consider him a material witness in two other cases. If convicted, they could try to force his testimony in the later trials. The remaining officers face charges including misconduct, vehicular manslaughter, involuntary manslaughter, assault, and second-degree murder.

The defense: Porter’s lawyers countered that most Baltimore police officers were unaware that it was department policy to buckle in a passenger, and that that was only a small part of Officer Porter’s training. They also said Porter knew Gray because the officer regularly patrolled the area where Gray was arrested, and that he knew Gray would fake injuries to avoid going to jail. In court documents, they indicate that Officer Porter will testify in his own defense, as will another arrestee who rode in the van with Gray.

The jury: Porter’s lawyers wanted to move the trial outside Baltimore city, arguing that Porter could not get a fair trial within city limits given the rioting and a curfew that affected all residents; the judge denied their motion. The jury consists of eight women and four men—eight black, four white—selected from a pool of nearly 150 potential jurors, all of whom said they were familiar with the case and with a $6.4 million settlement the city reached with Gray’s family. Nearly half of the 75 potential jurors questioned on Monday said they had at some point been the victim of a crime, investigated by law enforcement, convicted, incarcerated, or were currently facing criminal charges.

The schedule: Testimony will commence in the coming days. Baltimore City Circuit Court Judge Barry Williams has said he expects the trial to conclude by December 17.