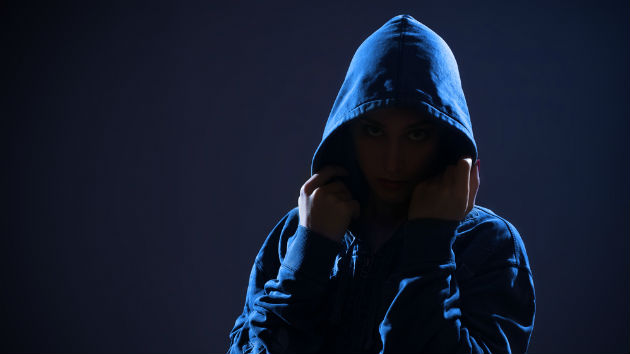 Robert Lewis Dear’s assault on a Planned Parenthood clinic in Colorado Springs the Friday after Thanksgiving highlighted a fact of life that abortion providers and clinic staff have known for decades: Sophisticated and extensive security are necessary to protect both providers and patients.

When Dear allegedly opened fire in the clinic, killing three people and wounding nine others, staff and patients crept toward the back of the clinic, locking themselves into windowless rooms designed in part for their safety. And as law enforcement worked to apprehend Dear, who has been charged with murder, they used footage from security cameras placed throughout the building to track his movements and location. Eventually they boarded an armored truck and rammed through the clinic’s walls. Later, the security cameras helped locate those huddled in rooms who had been held hostage for five hours.

“Unfortunately, facilities that provide abortion care have had to employ security measures that aren’t common for other medical practices,” says Vicki Saporta, president and CEO of the National Abortion Federation, which advises member clinics (including the Colorado Springs Planned Parenthood) on how to beef up security. “These measures can range from bulletproof glass to special entry systems, metal detectors to security guards. And most staff at clinics go through drills and training on how to respond to different types of threats.”

Incidents as violent as the one in Colorado are rare. Significantly more common is the targeted harassment of those who work at abortion clinics, most notably abortion doctors, but also their staff. For example, when Jen Boulanger ran an abortion clinic in Allentown, Pennsylvania, she was constantly worried about being followed home. “I felt like I needed to watch my back,” says Boulanger, who was eventually followed in her car by an anti-abortion extremist despite her efforts.

According to data from the Feminist Majority Foundation, in 2014 more than half of clinics in the United States had doctors or staff members experiencing targeted intimidation and threats from anti-abortion protesters, compared with about 20 percent that reported staff members experiencing severe violence, which includes things like arson, bombings, chemical attacks, and gunfire. That means a total of 71 percent of clinics said their workers experienced either severe violence or targeted harassment. Doctors and clinic staff reported having their personal information, including information about their spouses and children, posted on the internet, having their homes picketed and staked out by extremists, and being stalked by abortion opponents.

This level of harassment, which clinic workers fear could escalate to something more violent (and which occasionally has), has forced both clinics and individual providers to undertake personal security measures unseen in any other medical or professional field.

“Abortion providers live with an extra level of vigilance,” says David S. Cohen, a law professor and co-author of the book Living in the Crosshairs, which details anti-abortion extremism through interviews with providers, identified by Cohen using pseudonyms. “Clinic staff dealing with intimidation know that anti-abortion extremists can get to them everywhere.”

Here are some of the ways abortion providers protect themselves from extremist violence:

Take different routes home from work: “There was a protester at the clinic that believed in the use of force to stop abortion, and he was targeting me with harassment and threats,” Jen Boulanger, who is now the director of communications at the Women’s Centers, a consortium of five clinics across the East Coast and southern United States, told Mother Jones. Though she says she works more “behind the scenes” now and doesn’t worry so much about being followed home, Boulanger previously took different routes home after work each day to conceal her address. But one day she was off her game, and a particularly aggressive anti-abortion activist followed her from the clinic back to her house, leaving fliers on all her neighbors’ homes and asking them to demand that she quit her job. She eventually moved.

Never drive to work in your own car: Some abortion clinic staff avoid driving to work altogether. Instead, they drive to some nondescript public location and get picked up by a co-worker who isn’t a target of harassment and can drive them safely to work. In one case, as described in Living in the Crosshairs, Kristina Romero, an employee of a clinic in the southern United States, drove the clinic doctor to work every day after picking him up from an undisclosed location. They’d vary the pick-up locations to increase security, and sometimes even used a decoy doctor to confuse protesters. But the harassment escalated. “One day I left to pick up the doctor, and I got to the corner of my house and there’s a big picture of the doctor with a bull’s-eye on him, and every corner that I turned [there] was another picture, so obviously they’d followed me,” Romero said. “The pictures were all up the main street I travel on, all the way back to my house.” She said she knew at that point that protesters were watching and trying to scare both her and the doctor. “That was probably one of the creepiest days,” she added.

Vary your routine: Rodney Smith has been an abortion provider for decades, and a target of extremist harassment for just as long. His property has been set on fire, he’s been attacked in court, and his daughter has received calls in the middle of the night announcing that her parents have been murdered. Smith drastically altered his life in many ways as a result of the harassment. He avoids spending too much time in public places, and when he eats out, he gives a fake name and tries “to be in and out within 30 minutes,” to decrease the chances of a confrontation. He has a special arrangement with airlines so that when he flies, he buys a decoy ticket for a different destination, to throw protesters off his tail.

Wear disguises: Dr. Susan Wicklund was at one point the sole abortion provider in many parts of the Midwest. In the early 90s, she’d become a target of anti-abortion protesters, who would create human blockades to prevent her from getting to work, in addition to following her home and to her hotel. One day she was attacked by two men waiting for her at the back entrance of her clinic. She decided to assemble a wardrobe she would never normally wear. Disguised with wigs, makeup, and clothes that hid her identify from protesters, she moved safely from her home to the office. “I continued to use whatever means I had to get into the clinics. Disguises, riding in the trunk of a car, sometimes arriving at five in the morning and sleeping in the clinic until the rest of the staff arrived,” Wicklund wrote in her memoir, This Common Secret. “It was exhausting and frustrating.”

Fly hundreds of miles from your destination: For more than 15 years, Marshall Cook has provided abortions at clinics in four states across the Midwest and the East Coast. At one point in his career, Cook was flying 1,000 miles from his home to provide services at a clinic. Protesters were able to find out which airport he was flying into, met him there, and followed him to his hotel, where they began picketing. To get them off his trail, Cook started flying into an airport 100 miles away from where he needed to be.

Buy a bulletproof vest: “If anybody told me when I was in medical school that I would go to work armed and with a bulletproof vest, I would have thought they were nuts,” Kevin Bohannon, a physician in the South Atlantic who has provided abortion care for decades, said in Living in the Crosshairs. “But I do have a bulletproof vest, and I do go to clinics armed these days.” Protesters are often stationed outside Bohannon’s home and down his street, as well as outside his clinic. These days, he has an armed “security team” escort him in and out of the clinic.

Despite living with the constant threat of anti-abortion violence, fewer than 2 percent of abortion providers quit because of extremist harassment, according to Cohen. In fact, intimidation and attacks often strengthen providers’ resolve and commitment to their patients.