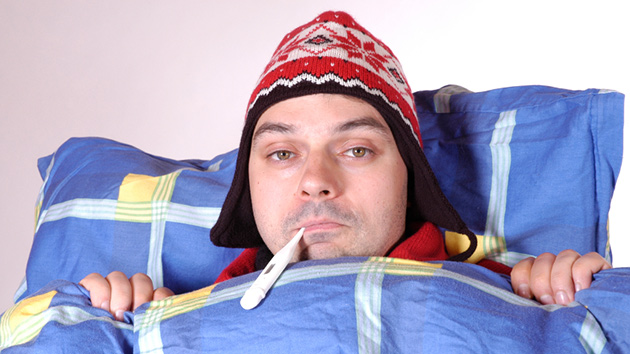 I had the pleasure, a while back, of lunching with Peter Doherty, who shared the 1996 Nobel Prize in Physiology or Medicine for research showing how the immune system recognizes virus-infected cells. He’s a fascinating, charming guy who knows a heck of a lot about birds and pandemics, having written books about both. You can read the extended chat here, but with influenza season upon us, you’ll be especially interested in these 10 highlights.

1. Drought is influenza’s BFF: “It brings birds together on a limited water source, so there’s much more of a chance of transmission. Interestingly, with West Nile [virus], 2012 was a very bad year, and that was a drought year—all the birds were coming very close together, and the insects were there, and were breeding down in the sewers in cities. It’s paradoxical: In a wild situation where you get a lot of rain and a lot mosquitos you’d expect a lot of transmission. But in an urban environment, a drought situation can give you the ideal means of transmission.”

2. These chickens have our back: “Sentinel chickens are the domestic chickens that public health people park around the countryside in small flocks. These are there to detect viruses and the spread of viruses that are transmitted by mosquitoes. West Nile is one of them. The chicken recovers and makes antibodies, and so, by regularly bleeding these chickens, you can say that that virus is spreading in that region. It’s a long-used technique.”

3. That sick first-class passenger probably won’t spread it to coach: “You’re at risk if you’re two or three rows from someone who’s coughing and spluttering flu, but it doesn’t go through the plane’s air-handling system, so it’s not dangerous in that sense. But it gets around the world very, very fast. The terrible 1918-1919 pandemic that killed 50 million to 100 million people was killing people in the trenches in 1918 but didn’t get to Australia till 1919 because everyone’s traveling by ship. But the 2009 swine flu was probably in Australia before it was even detected in the United States—and that’s air travel.”

4. A semi-deadly flu is scarier than a superdeadly one: “The more severe it is, in a way the less dangerous it is, because the public health people will drop on it in a big way. The really dangerous flu virus is the one that, like the 1918 virus, kills maybe 2 percent. Because it’ll slip by much more readily.”

5. Your cat can get the flu, but not to worry: “The H5N1 bird flu was causing a lot of disease in big cats like leopards that were fed infected chicken carcasses. It killed [zoo leopards and tigers in Taiwan(*)], for instance, before they realized what was happening,” but “there’s no known case that I know of where a cat has transmitted a flu virus to a human.”

6. Pigs, on the other hand… “Pigs are our main worry. The flu virus genetic material is organized in eight quite separate bits. So if the one cell in, say, a pig lung, gets infected with two different flu viruses, they can just repackage so you get bits of the different packages in new viruses…That’s what happed with the 2009 swine flu. There was an American swine flu virus and there was a Eurasian swine flu. Somehow they got together, and that repackaged virus was extremely infectious for humans. The 1968 Hong Kong flu came about when a virus circulating in humans called H2N2 reassorted with an H3N8 virus that was in ducks. And that we think probably happened in a pig…There’s a picture of a kid kissing a pig that all the flu guys show. Don’t kiss your pig! Keep your distance.”

7. A flu pandemic will cost us a friggin’ fortune: “People would stop flying, for a start. That means the hotel industry and the airline industry would go down the tube…Anything where people gather together. That’s what happened with SARS—I think the loss is calculated at around $50 billion, and that only affected a few East Asian areas and Toronto. The calculated loss of a severe flu pandemic is $300 billion, something like that.”

8. If you cook a bird-flu-infected chicken, you actually can eat it (not that you would): “It doesn’t take much to kill flu. It’s pretty labile. But it survives well in water. I don’t know any case where anyone caught flu by water, though. As far as we all know, flu only spreads by respiratory routes, by hand and nose. My Pandemics book argues that one of the best things you can do in any situation is to wash your hands and not touch your hand to your face. We all touch our hands to our face an enormous amount and we don’t realize it.” (Author’s note: This is totally true. Watch your co-workers at the next work meeting.)

9. Recurrence of a 1918-style pandemic is pretty unlikely: “We’re incredibly better at monitoring it and reacting quickly. There’s a great global network of influenza centers, and the technology is infinitely better. A lot of people in 1918 probably died from secondary bacterial infections. We’ve got antibiotics to deal with bacteria, and so we’d do better there.”

10. Our primitive method of producing flu vaccine is on the outs: “They’ve got some of it working now in recombinant DNA technology, which means we can grow the proteins in bacteria—which means you can use every fermenter on the planet. At the moment we’re growing them in hens’ eggs. That’s really limiting because there’s a limited number of facilities. Our armamentarium is improving very fast. There’s always a chance of some weird virus that comes in from nowhere, like the one in Contagion. But so far, no.”

Correction: In an earlier version of this story, Dr. Dougherty was quoted saying flu had killed leopards in a zoo in Singapore. It was actually Taiwan.