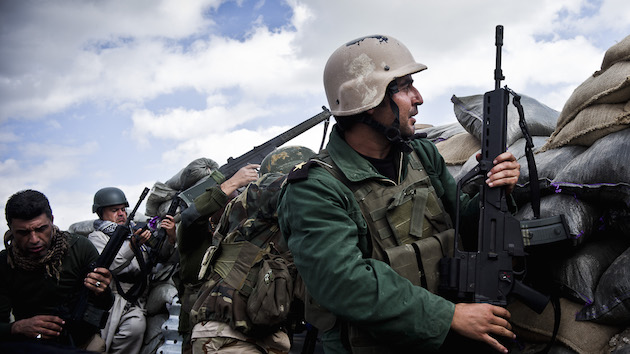 The Obama administration announced last week that it would send a small group of special operations soldiers to northern Syria, marking the first time the administration has openly sent ground troops to aid the Syrian opposition. But while that opposition is billed as a broad, multi-ethnic coalition, it is in fact largely a Kurdish force.

That may not sound like a bad thing at first. Iraqi Kurdish military forces are renowned for their fighting skill. The Kurdistan Regional Government in northern Iraq is often seen as more functional and tolerant than its nominal bosses in Baghdad. US lawmakers from both parties have frequently attempted to get the Obama administration to throw more support behind the Kurds. But while they’re a favored ally of politicians, backing the Kurds directly means the United States is supporting forces that have been accused of serious human rights violations.

Amnesty International released a report last month accusing the YPG, the militia of Syria’s Kurdish population, of a range of human rights abuses. “These abuses include forced displacement, demolition of homes, and the seizure and destruction of property,” the group wrote. “In some cases, entire villages have been demolished, apparently in retaliation for the perceived support of their Arab or Turkmen residents for the group that calls itself the Islamic State (IS) or other non-state armed groups.” The group has also documented the use of child soldiers, according to Lama Fakih, a senior crisis advisor for Amnesty International.

The YPG also makes up the overwhelmingly majority of the so-called Syrian Democratic Forces, the latest attempt to cobble together a moderate opposition coalition acceptable to the United States. Recent media reports say the US government both urged the group’s creation and is supplying it with weapons. Fakih said that support comes with an obligation to make sure partners of the US and other Western countries aren’t using that help to commit more abuses. “The message that is coming from these states needs to be that this assistance is not no-strings-attached assistance,” she told Mother Jones.

There have already been signs that US assistance has helped grease the skids for human rights violations. The Amnesty report described cases in which the YPG forcibly removed people from their homes in areas where the group suspected there was support for ISIS. “Some residents told us that YPG officers, when they were telling them to leave their homes, were saying ‘If you don’t leave, we’re going to tell the US that ISIS is here and then you’re going to be bombed,'” Fakih says. “So we can see clearly how this kind of support can be misused.”

A White House official told Mother Jones that commanders on the ground go through an “extensive vetting process” to ensure US allies don’t participate in such human rights violations. “We are not specifying who we’re working with as partners on the ground due to operational security concerns, but the leadership of these groups are vetted as individuals for human rights abuses and ties to terrorism,” the official says.

But Sarah Margon, the Washington director of Human Rights Watch, is skeptical of the thoroughness of any vetting process. “How effective it is, I don’t know,” she says. I don’t have great confidence in it.” She also believes that vetting would likely be skewed heavily toward investigating ties to terrorism rather than humanitarian violations. “I don’t think it’s very robust human rights vetting,” she says.

Both Margon and Fakih credit the YPG for paying at least some attention to allegations of abuse. “They are more responsive, shall we say, than some of the other actors,” says Margon. “But that said, there are still some pretty serious problems that shouldn’t go unnoticed.”

Human rights aside, there’s also the possibility that backing the YPG will complicate the war effort. The US government’s stated goal is to push toward Raqqa, the Syrian city that ISIS has claimed as its de facto capital since 2013. But Kurdish forces are focused on reconquering and protecting Kurdish territory; places outside of that, including Raqqa, aren’t of much interest to them.

That means the Syrian Democratic Forces could serve more as a basis for the US government to claim a broad coalition than as a means to defeat ISIS. “A project like this can attract enough Arab fighters to say this is a joint Arab-Kurd force,” says Noah Bonsey, a senior analyst at International Crisis Group, a conflict monitoring organization. “It’s not going to be able to attract any of the bigger, more powerful rebel groups elsewhere in northern Syria that you would ultimately need to achieve territorial gains against ISIS.”