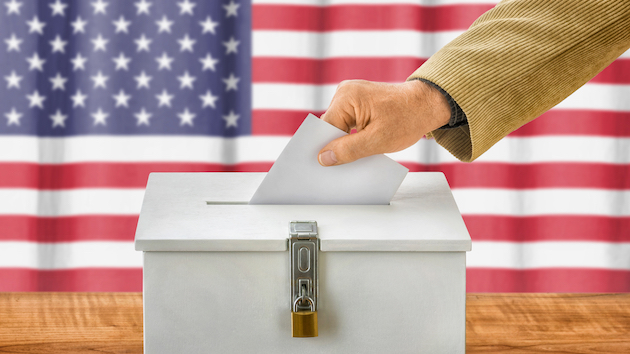 As John Oliver reminded viewers this week, the much-hyped presidential election may still be 12 months away but important state and local elections are on Tuesday. From the battle over health care in Kentucky to the return of Michigan’s tea party lovebirds, here are six states to watch in Tuesday’s elections.

1. Medicaid in Kentucky: Kentucky’s gubernatorial race has also turned into a battle over Obama’s Affordable Care Act. The race pits the state’s current attorney general, Democrat Jack Conway, against millionaire Republican businessman Matt Bevin. Bevin has sworn to roll back current Gov. Steve Beshear’s expansion of the state’s Medicaid program, saying that Kentucky taxpayers can’t afford it, even though this expansion allowed an additional 400,000 residents to receive health care coverage. It also made Kentucky one of the only Southern states to expand Medicaid under Obamacare. If Bevin wins, it would become the first state to reverse that expansion, according to the Associated Press. Bevin, who has never before held political office, was trailing Conway by 5 points in a recent poll.

2. Gun control in Virginia: The state Senate race in Virginia has attracted millions of dollars in outside funding from groups eager to make headway in the national fight over gun control.Everytown for Gun Safety, the gun control advocacy group backed by billionaire former New York Mayor Michael Bloomberg, has put $2.2 million into television ads supporting two Democratic candidates for the Senate, Reuters reported. A win by either of these candidates would give Democrats the majority in the 40-seat state Senate, which could allow Gov. Terry McAuliffe to push through gun control measures that were blocked by a state Senate committee in January. The National Rifle Association, which is based in Virginia, has contributed to the Republican campaigns.

3. Campaign finance reform in Maine and Seattle: Both Maine and Seattle residents will vote Tuesday on initiatives to limit the power of money in politics. Seattle’s city ballot includes a novel initiative to create a system of “democracy vouchers,” which would give voters four $25 vouchers to contribute to the campaign of their choosing. It would also limit contributions in city races to $500 or less. Meanwhile, Maine—historically a leader in campaign finance regulation—will vote on a package of reforms that would require additional disclosures in political advertising and gubernatorial races, raise penalties for breaking campaign finance rules, and add $1 million to the state’s fund for public campaign financing.

4. Restrictions on Airbnb in San Francisco: San Francisco residents will vote Tuesday on Proposition F, a measure to limit short-term rentals in the city—which would strike a potentially precedent-setting blow to locally based hospitality startup Airbnb<. for its part airbnb has href="http://www.reuters.com/article/2015/11/01/us-airbnb-election-sanfrancisco-idUSKCN0SQ2CJ20151101">poured more than $8 million into lobbying against the initiative. The company tried to win favor before the vote with a tongue-in-cheek ad campaign last month that backfired, prompting an apology from the company’s management.

5. Education funding in Mississippi: While no surprises are expected in Mississippi’s gubernatorial election, in which an unknown truck driver is running as the Democratic nominee against Republican incumbent Phil Bryant, a racially tinged battle over an amendment to the state’s constitution is one to watch. Initiative 42, which gathered 200,000 signatures to get on the ballot, would force the state to meet levels of education funding that lawmakers set in 1997 but have repeatedly failed to meet. If the measure passes, and lawmakers again fail to appropriate sufficient funds, a state court could step in and rule on the issue. Republicans have opposed the measure, arguing that it would give the courts control over the state’s budget. But the issue has also taken on distinctly racial overtones, with one state lawmaker, Bubba Carpenter, caught on camera last month telling constituents they should be afraid of what a “black judge” might do with their tax dollars. “If 42 passes in its form, a judge in Hinds County, Mississippi, predominantly black—it’s going to be a black judge—they’re going to tell us where the state education money goes,” Carpenter said. Carpenter later apologized for his statement.

6. Tea party tryst in Michigan: And last but not least, two tea party politicians in Michigan who left office after their extramarital affair and peculiar attempts to cover it up were revealed are running for the same positions they just vacated. Todd Courser, who resigned after the scandal broke, and Cindy Gamrat, who was kicked out of the Legislature in September, are running less than two months after the left their respective offices. Courser in May famously sent a fake email to journalists and politicians claiming he had been caught having sex with a male prostitute—a ruse he believed at the time would make news of the affair appear less credible. He was wrong.