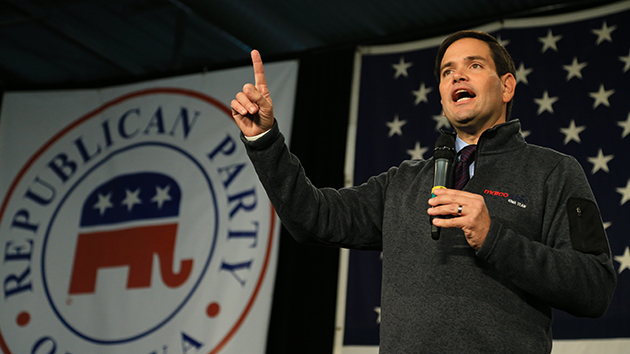 During last week’s Republican presidential debate, Marco Rubio insisted that the poor benefit more from his tax plan than the rich. “The largest after-tax gains is [sic] for the people at the lower end of the tax spectrum under my plan,” the senator from Florida asserted.

But Rubio prefers to measure his plan by a different metric: the percentage of income that each demographic group would save. “Five percent of a million is a lot more than five percent of a thousand,” Rubio told debate moderator John Harwood during last week’s debate. “So, yeah, this is going to make more money—numerically, it’s going to be higher, but the greatest gains percentage-wise for people are going to be at the lower end of our plan.”

Even by his own criterion, though, it’s not at all clear that Rubio’s plan would give greater savings to the poor.

At the time of the debate, the only analysis of Rubio’s plan backed up his claim. The conservative-leaning Tax Foundation had scored Rubio’s plan and found that people in the top percentile saved 11.5 percent of their income while the bottom 10 percent of filers saved 44.2 percent.

As of Tuesday, there is a second analysis of Rubio’s plan, this one from the left-leaning Citizens for Tax Justice. It also finds that the poor benefit more percentage-wise than the rich—but by a tiny margin. The top one percent under Rubio’s plan would see their after-tax income rise by 12.5 percent while the bottom 20 percent would gain 13.9 percent—a difference of just 1.4 percentage points.

That would appear to imply that Rubio’s claim holds up—except for an important caveat. Both analyses are based on the assumption that Rubio’s tax plan contains a generous tax credit for the poor. But the Rubio campaign has indicated that the credit would be a lot less generous than it appears. As a result, both of the analyses of Rubio’s plan overestimate the savings for the poorest Americans. And if the Citizens for Tax Justice study is correct, the poor would almost certainly save less than the rich under the plan.

At issue is a new tax credit in Rubio’s plan that replaces the standard deduction. The new credit, $2,000 for individuals and $4,000 for married couples, is “refundable,” meaning that even Americans with no tax liability would get $2,000 or $4,000 back from the government. But as Vox‘s Dylan Matthews pointed out last week, despite calling the credit “refundable,” the campaign has said that in some cases poor tax filers would not be eligible for the credit. “Rules would be tailored to ensure that our reforms would not create payments for new, non-working filers,” the campaign told Vox.

If that’s true, then any analysis that treats Rubio’s tax credit as fully refundable for the poorest tax filers overestimates how much poor Americans would save under Rubio’s plan. The campaign has not elaborated on how the tax credit would work for low-income filers, and did not respond to a request for comment for this story.

Whether or not the poor save a higher percentage of their income, it’s clear that the bulk of the taxpayer savings from his plan would go to the wealthiest Americans. According to the Citizens for Tax Justice study, the top 20 percent of filers would receive back 65 percent of all savings under Rubio’s plan—with the bulk of that going to the top 1 percent. The middle 60 percent would get 29 percent of the savings. And the bottom 20 percent would receive just 6 percent.