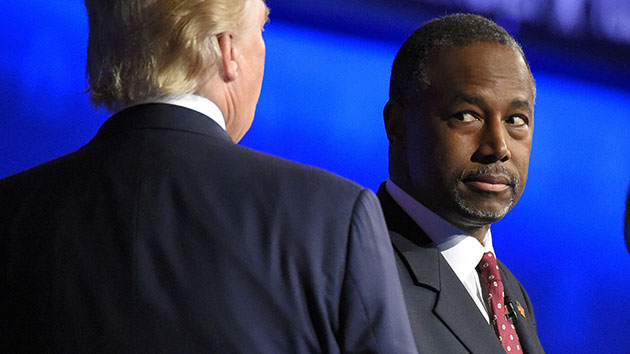 Ben Carson’s improbable presidential campaign took a big hit on Friday when Politico reported that a key story Carson has long told—that he was offered a “full scholarship” to the prestigious US Military Academy at West Point after meeting a prominent Army general—was false. It turns out that Carson never sought admission to West Point. There was no offer of any scholarship. (In fact, there are no scholarships to West Point; cadets attend free). Carson’s campaign acknowledged to Politico that his account was inaccurate.

With Carson faring so well in the GOP contest—especially among evangelical Christians who admire his Christian faith, character, and biography—how might this news affect his presidential bid? Perhaps when it comes to evaluating this revelation, his supporters and fans should take their cue from Carson.

In a recent email solicitation—headlined, “I’m not a politician”—Carson, while asking for donations, explained what he believes are the most important qualifications for the job of president. Political experience (of which he has none) was not at the top of the list. Instead, he prioritized the moral fortitude of the candidate. And he claimed that the success of his campaign showed that a large number of Americans were forming a movement demanding strength of character over policy know-how. Here’s how Carson put it:

Many in the political class don’t seem to understand it, but something historic is happening across America. We’ve been told that only politicians can fix our problems, but I believe that traditional “political experience” is much less important than faith, honesty, courage, and an unshakable belief in the principles that made America the greatest nation in the world.

And Carson does tend to depict himself as a teller of truths. In one of his books, he pointed out that he was always advising youngsters to be honest:

When I talk to young people, I urge them, “Tell the truth. If you tell the truth all the time you don’t have to worry threemonths down the line about what you said three months earlier. Truth is always the truth. You won’t have to complicate your life by trying to cover up.”

So what will it mean for Carson that he has been dishonest about an important element in his from-rags-to-riches-via-neursurgery narrative, which is a bedrock of his political appeal? Pundits rushed to Twitter to declare that this would—or could—be a fatal blow for Carson, who recently has been mocked for having once said the pyramids of Egypt were built not to house the remains of the Pharaohs but to store grain. But Carson is no conventional candidate, and the support he has drawn has defied political norms. So there’s no predicting how Carsonites will absorb this news. They might start to question Carson’s character. Then again, they might see him as a victim of persecution waged by the godless liberal media and embrace him even more.

God only knows what they will do if forced to choose between facts and faith.

Update: Carson’s campaign tells the Daily Caller that “the campaign never admitted to anything” and called the Politico story “an outright lie.”