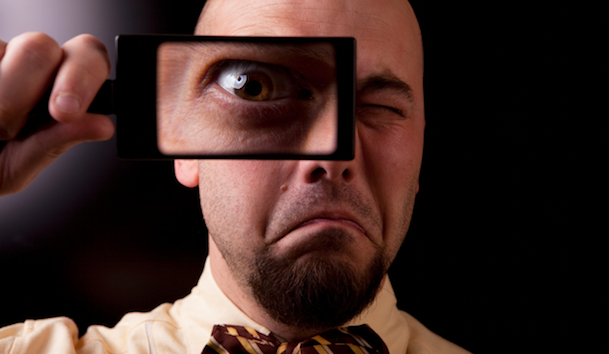 On Sunday, the National Security Agency will have to shut down one of its controversial mass surveillance programs: the unlimited collection of the phone records of millions of Americans, known as bulk metadata collection.

That program allowed the NSA to collect information about citizens’ phone calls, including whom they were calling, when and where they made calls, and how long those calls lasted. While metadata collection doesn’t include what was said during those calls, the information can allow intelligence analysts to build up extensive profiles of an individual’s pattern of life. The New York Times first reported on the bulk metadata program, which was created under the Patriot Act, in late 2005, but it didn’t attract truly widespread outrage—or reform—until details of the program appeared in the documents leaked by Edward Snowden in 2013. A federal judge in Washington, DC, ordered the program to stop in a ruling issued later that year, but that didn’t happen until Congress passed a law this May that outlawed the bulk metadata program as of November 29. Under the new law, phone companies must now keep such records themselves, and intelligence agencies must seek permission from a federal judge to access specific data.

To its supporters, the program was a critical counterterrorism tool. “There is no other way that we know of to connect the dots…Taking the program off the table, from my perspective, is absolutely not the right thing to do,” said former NSA director Keith Alexander to the Senate Judiciary Committee in 2013. Michael Hayden, another former NSA chief, and former attorney general Michael Mukasey said in a joint op-ed that the reform law was “exquisitely crafted to hobble the gathering of electronic intelligence.” After the terrorist attacks in Paris two weeks ago, there was even a failed last-ditch effort to restart the bulk phone records program.

But privacy advocates say the record tells a different story. “That program hasn’t prevented or even contributed to preventing a single attack in the [nearly] 15 years that it’s been in operation,” says Elizabeth Goitein, the co-director of the Liberty and National Security Program at the Brennan Center for Justice.

Think tank reports on the program have backed her up. “There does not appear to be a case in which…bulk phone records played an important role in stopping a terrorist attack,” wrote Marshall Erwin in a January 2014 report from the Hoover Institution, a conservative think tank. His counterparts at the nonpartisan but liberal-leaning New America Foundation found the same thing in a study that was released in the same month as Erwin’s report. “Surveillance of American phone metadata has had no discernible impact on preventing acts of terrorism,” wrote national security journalist Peter Bergen and three others in the New America study.

The government hasn’t provided much more compelling evidence. The study from New America noted that President Barack Obama once claimed bulk surveillance had stopped at least 50 terrorist plots, but Alexander eventually admitted to the Senate Judiciary Committee that there was actually only one such case, in which a San Diego cab driver had attempted to send money to the Somali terrorist group al-Shabaab. Richard Leon, the federal judge who ruled the bulk metadata program illegal in 2013, wrote that there was an “utter lack of evidence that a terrorist attack has ever been prevented because searching the NSA database was faster than other investigative tactics.”

Late last year, a trio of Democrats on the Senate Intelligence Committee—Oregon’s Ron Wyden, Colorado’s Mark Udall, and New Mexico’s Martin Heinrich—filed a brief in support of a lawsuit against bulk surveillance, saying they had “reviewed this surveillance extensively and have seen no evidence that the bulk collection of Americans’ phone records has provided any intelligence of value that could not have been gathered through means that caused far less harm to the privacy interests of millions of Americans.”

In fact, say privacy advocates, bulk surveillance can actually hurt intelligence rather than strengthen it. “Part of the problem is that the analysts were drowning in data,” Goitein says, citing the 9/11 Commission Report as evidence. “There was too much information, and the threats got lost in the noise. So more surveillance isn’t the answer.”