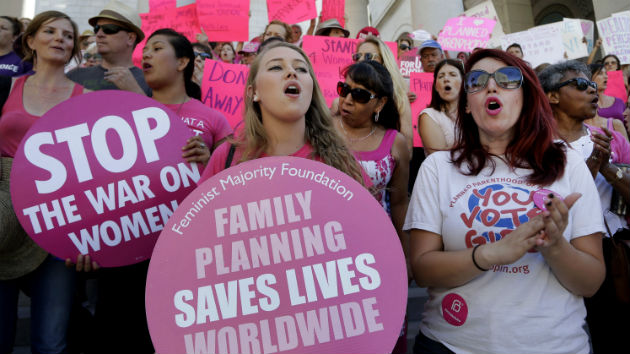 Update (10/30/15): On Thursday, US District Judge John W. deGravelles issued a preliminary injunction that will keep Planned Parenthood funded until the lawsuit is decided.

In a blistering opinion, a federal judge blocked Louisiana Gov. Bobby Jindal’s attempt to defund Planned Parenthood in the state, saying the move would cause “irreparable harm” to the 5,200 women who depend on the organization for health care.

In July, Jindal ordered an investigation into the group following the release of a series of highly edited videos that show Planned Parenthood officials discussing fetal tissue donation. He also ordered the Louisiana Department of Health and Hospitals (DHH) to cancel Planned Parenthood Gulf Coast’s (PPGC) Medicaid contract, which it did in August, effectively defunding the organization in the state. Neither of the two Planned Parenthood clinics in Louisiana offer abortions. Planned Parenthood took the DHH to court later that month.

US District Judge John W. deGravelles issued a restraining order against the DHH’s move late Sunday. The order will remain in place for at least two weeks while the lawsuit proceeds. However, in his opinion, deGravelles was outspoken in his support of Planned Parenthood. He wrote that the DHH attack on the organization was baseless:

The uncontradicted evidence in the record at this time is that PPGC does not perform abortions in Louisiana, is not involved in the sale of fetal tissue and none of the conduct in question occurred at the PPGC’s two Louisiana facilities. Based on the record before it, it appears likely that Plaintiff will be able to prove that the attempted termination against it are motived and driven, at least in large part, by reasons unrelated to its competence and unique to it.

He also disputed a common Republican argument (which former Mother Jones reporter Molly Redden debunked last month) that closing Planned Parenthood won’t burden its patients, who would have access to other reproductive health providers in the area. According to deGravelles, defunding Planned Parenthood would leave thousands of women without options:

[The Court] turns to the uncontested and unquestioned facts—PPGC serves 5,200 poor and needy women, and PPGC has repeatedly been deemed a ‘competent’ provider by DHH—and honors the public interest in affording these women access to their provider of choice…For decades, PPGC has served numerous at-risk individuals and helped DHH combat a host of diseases, and, in the process, become the regular provider of over 5,000 women.

For its part, Jindal’s office said on Monday that the governor would “continue to fight to ensure Planned Parenthood no longer receives taxpayer funding.”