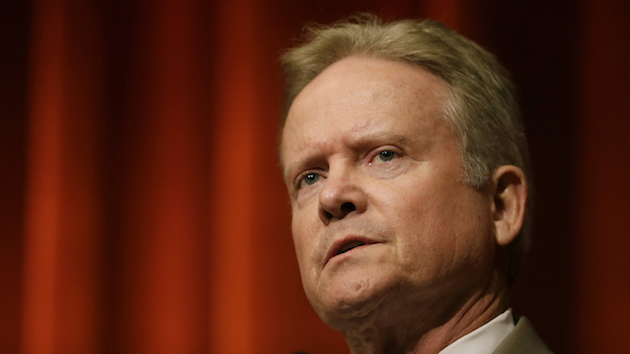 Jim Webb needed to make a splash at Tuesday night’s Democratic presidential debate, and his chance to do it arrived early. As the rest of the field sparred over the Iraq War and use of force in Libya and other countries, Webb tried to interject. It was time for the former Marine infantryman, the only person on stage with military experience, to lay the hammer of his combat experience and Pentagon leadership down on the rest of the field.

But when he finally got a chance to speak, Webb’s answer was more of a lecture than a smackdown. He wandered from ethnic divisions in Iraq to a nuclear Iran before unexpectedly diving into the issue of China’s rising power, one of the former Virginia senator’s pet themes. He then finished by picking the first of many fights with moderator Anderson Cooper over his speaking time.

It’s those moments, which came off as petulant, that may define Webb among voters who know little about him. That, or for his jarring answer to the final question of the night, where he said the enemy he was proudest of making was one he killed in Vietnam:

Outside of that, Webb’s debate performance was mostly soft. He was seen as the “wild card” in the days before the debate, an intelligent and unpredictable candidate whose straight talk could catch Sen. Bernie Sanders and Hillary Clinton off-guard. But during the debate he was more often heard demanding airtime than he was seen on camera. When he was, his answers tended to be discursive, with essentially no big moments like Sanders’ “damn emails” line or effective policy shots like Clinton’s jabs at Sanders’ gun record that might grab the attention of media or voters.

His finest moment was a respectful exchange with Sanders, in which Webb gracefully declined to take shots at Sanders’ status as a conscientious objector during Vietnam and Sanders praised Webb’s service and key role in passing the Post-9/11 GI Bill. Both men came off as thoughtful and humane, and Webb got a competitor to talk about his biggest political achievement. But in a debate that was generally civil and substantive, it wasn’t enough.

The question for Webb was always one of organization: Even if he did turn in an outstanding performance, would his small campaign have the resources to make something big of that moment? After tonight’s debate, that question seems less relevant.