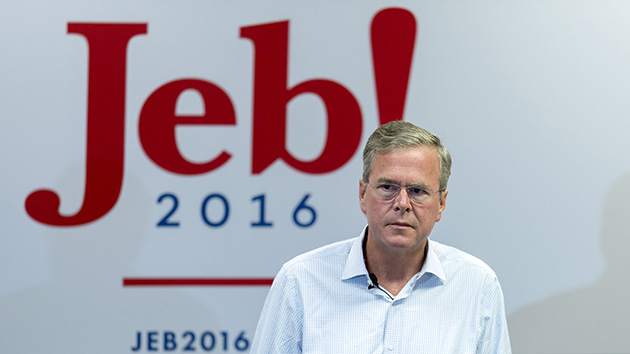 Jeb Bush thinks the country’s landmark law to prevent discrimination against voters of color has run its course. On Thursday, the Republican presidential candidate said he wouldn’t renew the Voting Rights Act. “I don’t support reauthorizing it as is,” he said when asked about the law at an event in Des Moines.

The 1965 law, signed by President Lyndon Johnson, has dramatically reduced racial discrimination in voting. But for the past two years, its impact has been less clear. In 2013, the Supreme Court struck down the heart of Section 4 of the Voting Rights Act. That provision laid out a formula to determine which states had a history of voting discrimination that would subject them to extra scrutiny every time they sought to change voting laws. At the time, nine states were affected by the clause. Unless Congress writes a new formula that would pass muster with the Supreme Court, the effect of the law remains muted.

To Bush, singling out states for their historic racism is no longer relevant. “If it’s to reauthorize it to continue to provide regulations on top of states as though we are living in 1960—’cause those were basically when many of those rules were put in place—I don’t believe that we should do that,” he said. “There has been dramatic improvement in access to voting. I mean, exponentially better improvement. And I don’t think there is a role for the federal government to play in most places, could be some, but in most places where they did have a constructive role in the ’60s. So I don’t support reauthorizing it as is.”

Even if he’s elected president, Bush won’t be faced with an impending deadline to renew the law, which isn’t set to expire until 2031. That’s because his brother, George W. Bush, signed a reauthorization of the law in 2006, extending it for another 25 years. Back then, ensuring a just voting system was still a bipartisan cause, with the reauthorization passing the Senate 98-0 and the House of Representatives 390-33. When he signed the bill, Jeb’s brother likened the cause to the spirit of equality in the Declaration of Independence, and vowed that his administration would not only enforce the law but also defend it from any legal challenges.

“In four decades since the Voting Rights Act was first passed, we’ve made progress toward equality, yet the work for a more perfect union is never ending,” George W. Bush said at the signing ceremony. “We’ll continue to build on the legal equality won by the civil rights movement to help ensure that every person enjoys the opportunity that this great land of liberty offers.”