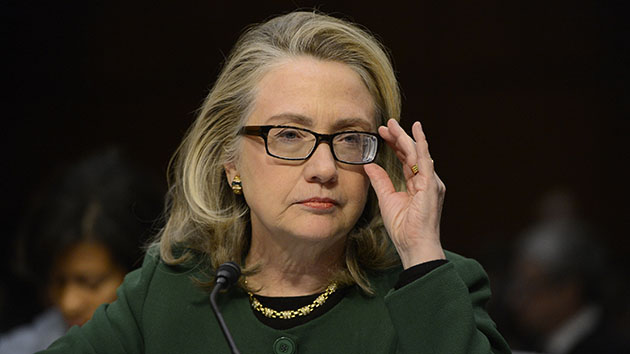 Hillary Clinton testifies before the US Senate Committee on Foreign Relations on January 23, 2013.Ron Sachs/ZUMA

Hillary Clinton heads to Capitol Hill on Thursday to testify before Congress on the most politically charged issues relating to her time as secretary of state: the deadly 2012 attack on the Benghazi consulate in Libya and her decision to house her emails on a private server. If her past performances at congressional hearings are any indication, she’ll be well equipped to handle the pointed questions from Republicans.

Clinton, now a Democratic candidate for president, first offered herself up to questioning from Congress in 1993. She appeared at five committee hearings that year on a whirlwind tour to tout the plan put forward by the presidential administration of her husband, Bill Clinton, to reform health care. “The hearing room was packed when I arrived, and I was unusually nervous,” Clinton wrote of her first hearing in her 2003 memoir, Living History. The nerves were misplaced, as Clinton answered each question with ease, delving comfortably into the policy minutiae of the proposal.

Since then, she’s become less apprehensive as she’s trekked before Congress more than 20 times. (She was also on the other end of congressional hearings during her eight years in the Senate.) Throughout her time as secretary of state, Clinton appeared before committees in the House and Senate to explain the Obama administration’s foreign policies.

Thursday’s appearance before the House Select Committee on Benghazi will mark Clinton’s first return to a congressional hearing room since she departed the administration in 2013. But it won’t be the first time she’s opened herself to questions on the attack that resulted in the deaths of Ambassador Christopher Stevens and three other Americans.

On January 23, 2013, Clinton took questions for a total of more than five hours in two separate hearings before the House and Senate foreign relations committees, her last appearances before Congress as secretary of state.

“I have taken responsibility, and no one is more committed to making this right,” Clinton said in her Senate opening statement. She tried to frame the attack on the consulate as part of a long history of US compounds abroad being targeted for violence. “Benghazi joins a long list of tragedies,” Clinton said, detailing a host of other attacks that killed Americans. “Since 1977, 65 American diplomatic personnel have been killed by terrorists.”

Clinton expressed concern about the issues raised by the independent board that reviewed the attack and its causes. She teared up, her voice growing hoarse, as she talked about burying Stevens and speaking with the families of the deceased.

For the most part, Clinton dispatched those five hours of questioning without much difficulty. Given her impending departure from Foggy Bottom, Democrats on both committees spent much of the time lauding Clinton for her tenure as secretary of state and asking easy questions. Republicans tried to push her on whether she was aware of concerns about the lack of security at the consulate, but she generally handled these inquiries without too much trouble. With each member of Congress limited to just five minutes of back-and-forth with Clinton, she could eat up much of the time without being pinned down on thorny topics. And members of Congress spent a good deal of the hearings addressing broader issues beyond the Benghazi attack, as they took the opportunity to ask last questions of Clinton on pet foreign policy issues before she left office.

Clinton’s lone slipup came when Sen. Ron Johnson (R-Wis.) pressed her on the cause of the attack, asking whether it was an unplanned demonstration or a plotted scheme. That led Clinton to exclaim, “What difference at this point does it make?” Optically, it was a misstep from Clinton, who appeared to question the importance of how murders came to pass. But in context, it made sense after Johnson had spent his time claiming that the Obama administration had deliberately misled the public on the cause of the attacks. Clinton’s full reply:

With all due respect, the fact is we had four dead Americans. Was it because of a protest or was it because of guys out for a walk one night who decided that they’d they go kill some Americans? What difference at this point does it make? It is our job to figure out what happened and do everything we can to prevent it from ever happening again, senator. Now, honestly, I will do my best to answer your questions about this, but the fact is that people were trying in real time to get to the best information. The [intelligence community] has a process, I understand, going with the other committees to explain how these talking points came out. But you know, to be clear, it is, from my perspective, less important today looking backward as to why these militants decided they did it than to find them and bring them to justice, and then maybe we’ll figure out what was going on in the meantime.

On its own, Clinton’s “what difference” line sounds callous. But next to the rest of her comments, it was an expression of exasperation at a narrow line of questioning on what Clinton perceived as an irrelevant distinction. Thursday’s hearing will surely offer additional lines of questioning of dubious relevance to the committee’s brief, particularly as pertains to Clinton’s emails. Perhaps this time she’ll keep her cool.