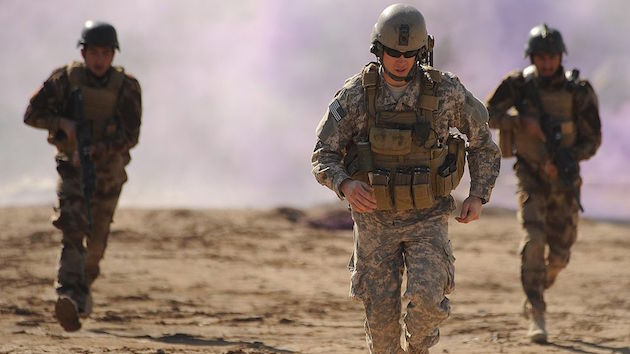 The Pentagon announced on Thursday that a special-operations soldier was killed during a rescue mission in Iraq. The unnamed soldier is the first American service member to be killed in combat in Iraq since 2011.

Before today, last #US combat casualty in #Iraq was David Hickman, 23, of Greensboro, NC, who was killed in November 2011 by an IED. #ISIS

US officials told media outlets including Reuters and the New York Times that the soldier died during an attempt to rescue some 70 hostages being held captive by ISIS in the vicinity of Hawija, a town in northern Iraq near the city of Kirkuk. While Kurdish forces took the lead in the assault, Pentagon spokesman Peter Cook told reporters during a briefing on Thursday, the US military provided helicopters and other support. The hostages were initially believed to be Kurds, but none were in fact Kurdish. Twenty-two of the hostages were members of the Iraqi security forces.

Cook confirmed that the as-yet-unnamed US casualty was fatally wounded while accompanying Kurdish forces “in a support role” on their assault of the prison. The United States withdrew its forces from Iraq at the end of 2011, but a small number of US Army soldiers have since returned to help train the struggling Iraqi security forces in their fight against ISIS. The Obama administration promised last year that there would be no American “boots on the ground” in the fight against ISIS, and the soldier’s death in a firefight raised the prospect that Americans have in fact been engaged in other ground combat.

But Cook denied that the soldier’s death indicated that American soldiers are changing their training role or taking part in fighting. “In that support role they are allowed to defend themselves and their partner forces,” he said. “I wouldn’t suggest you should look at this as some change in tactics on our part.”

Cook dodged repeated questions from reporters about whether US forces have taken part in similar raids or rescue missions since the start of the anti-ISIS campaign last year. He consistently referred to the rescue mission as a “unique” instance prompted by the threat of “imminent mass execution” at the prison and a “specific request” from the Kurdish regional government. He refused to discuss any other potential missions in which Americans may have also accompanied Iraqi or Kurdish troops into battle.

The United States captured five ISIS fighters and recovered “important” intelligence materials, though Cook said the mission was planned specifically as a rescue and did not target any ISIS personnel or information.

This story has been updated with information from a Pentagon briefing that took place after publication.