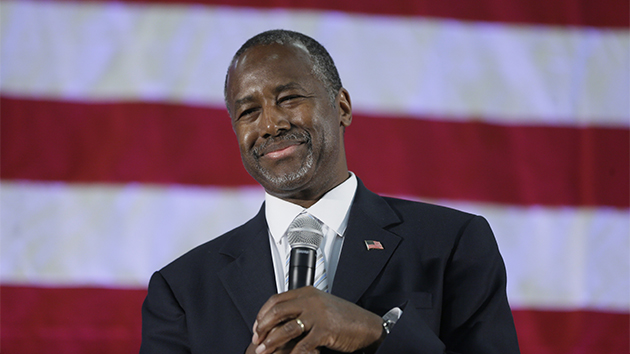 There is much that is impressive about Ben Carson. His rags-to-riches personal history. His medical accomplishments as a neurosurgeon. He is a best-selling author and a public speaker who draws substantial fees for his appearances. In the TV movie based on his life, Cuba Gooding Jr. plays the lead role. Carson certainly has won over many Republican voters: As a political novice now seeking the GOP presidential nomination, he routinely places in the top three in the GOP polls, mostly due to support from evangelicals. And when it comes to the brain, he knows his stuff.

Take a gander at this remarkable video of Carson explaining how the brain functions when mounting a simple task.

Carson did this incredible riff during a speech in which he was defending creationism. He has long been a foe of evolution and a passionate advocate for the view that God created the world and all its creatures in six days.

What’s intriguing about Carson is how he deploys his scientific knowledge to try to disprove the science of evolution. The point of his rap about the brain was to show that there is no way that such an intricate and amazing organ—look at those frontal lobes!—could have come into existence as the product of natural selection; it had to be the work of a higher and purposeful force. That is, God.

Carson, a devout member of the Seventh-day Adventist Church, quietly soared to the top of the GOP pack due to his appeal to social conservatives, but he may be able to reach out to other GOP voters by demonstrating his in-depth understanding of the brain. If he were to repeat his performance about how the brain works at the next Republican debate, Carson would indubitably wow the crowd. Even Donald Trump might be left speechless (for a brief moment). Carson would make the other candidates look like pikers. (No doubt, some rapper would subsequently sync it to a rhythm track.) And his stock among Republicans would go higher.

Especially among those social conservatives who get the message.