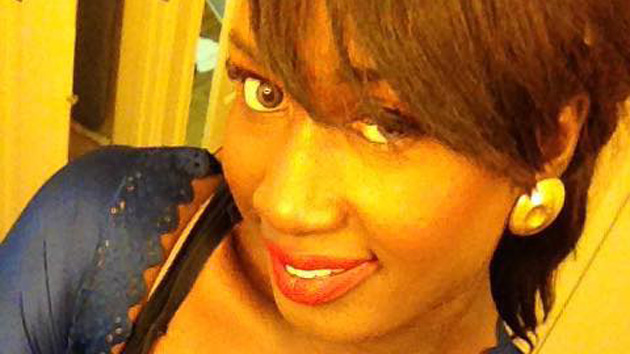 At about 2 a.m. on a Thursday in July, Kenton Haggard, a 66-year-old former security officer, walked through the streets of Fresno, California, wearing a white cardigan and a dress. Near the corner of Blackstone and Cornell streets, someone called Haggard over from the window of an SUV. Haggard crossed the street and approached the passenger side of the vehicle. As Haggard peered into the window, the person inside lunged and stabbed Haggard in the neck. Haggard was left bleeding in the street and died at a hospital later that morning.

The media and the police were both quick to report the July 23rd killing. But they disagreed over one detail: whether Haggard was a man or a woman. Some news outlets described the incident as the 11th homicide of a transgender woman this year—and the second such homicide within the span of a week, after a transgender woman was found murdered in Tampa Bay, Florida, on July 21. In Fresno, members of the community gathered at the scene of the crime to honor Haggard, with placards that read, “trans rights” and “we are everywhere.”

The media and the police were both quick to report the July killing. But they disagreed over one detail: whether Haggard was a man or a woman.

But when the local police put out a statement to the press, it referred to Kenton Haggard, also known as K.C. or Casey, as a man. “Officers located a 66-year-old male suffering from a wound to the neck,” Lt. Joe Gomez, a spokesman from the Fresno Police Department, told me, adding that Haggard had been identified as a man by the coroners.

Three weeks later, the department has yet to arrest a suspect. Of course, it’s not uncommon for homicide investigations to take time or fizzle out, but Haggard’s homicide might be even harder than usual to solve, in part due to the discrepancy over pronouns. The gender and name used by the police to describe a victim can affect the success of an investigation, says Chai Jindasurat, a program coordinator for the Anti-Violence Project, a New York-based advocacy group that has tracked homicides of transgender women for decades.

When investigators refer to a transgender woman victim as a man, Jindasurat says, it can confuse witnesses, who, in turn, may offer fewer tips for the investigation. “If [community members] see a report that doesn’t reflect the person they knew, in terms of gender and name, they may not associate the report with the actual person they knew,” Jindasurat says. Officer Albie Esparza, a spokesman for the San Francisco Police Department, agrees. If a transgender woman is killed, he says, “the witnesses would remember seeing a female, not a male.” If cops refer to her as a man, Esparza says, “it would contradict the investigation.”

And yet, activists say police officers frequently “misgender” and “misname” victims. After a 20-year-old transgender woman was fatally shot in Detroit on August 8, law enforcement told media that a male had been killed, and the county medical examiner’s office released her male birth name. When India Clarke’s body was found near a basketball court in Tampa Bay last month, initial calls to 911 identified her as a woman, but a detective said investigators would not categorize her as transgender, and a local news report described her as a “man dressed as a woman.” On August 10, the Dallas police identified as male a 22-year-old transgender woman whose body was found badly decomposed in a field last month; in a separate statement, they noted that the victim had been wearing a blue-and-white tube top with straps, a black wig, and sunglasses, along with fake pink-tipped nails.

The confusion over pronouns makes it difficult to know how many transgender women are murdered each year, and how many of these murders were hate crimes.

The confusion over pronouns makes it difficult to know how many transgender women are murdered each year, and how many of these murders were hate crimes. “We know transgender people, particularly transgender women of color, experience disproportionate violence, deadly violence, and it can’t just be random occurrences—it’s often associated with their identity,” Jindasurat says. “When law enforcement refuse to recognize someone for who they were, it leaves out a huge piece of the story.” Some activists say at least five transgender women have been killed or found dead since the attack on Haggard in Fresno, including 35-year-old Kandis Capri, who was fatally shot in Phoenix on August 11, and 20-year-old Elisha Walker, whose body was discovered two days later in a crude grave in Johnston County, North Carolina.

Last year, the FBI for the first time published statistics for hate crimes against transgender and other gender-nonconforming people. In 2013, the bureau found that 33 hate crimes—or 0.5 percent of the national total—were motivated by gender identity bias. But this number is far from complete: It only reflects cases reported to authorities, and experts say many victims are reluctant to bring their stories forward. FBI spokesman Stephen Fischer Jr. also says some crime-reporting programs at the state level have opted, for budgetary reasons, not to collect data on hate crimes against transgender people. In 2013, nearly 350 transgender people reported themselves as victims of violent hate attacks to the National Coalition of Anti-Violence Programs, the umbrella to which Jindasurat’s Anti-Violence Project belongs.

The case in Fresno highlights how tough it can be to pinpoint a victim’s gender identity. Before the homicide, Haggard had not been in close contact with family members, who say they never spoke with the 66-year-old about changes in gender identity. “We don’t have any information to say he’s a transgender woman,” Gomez, the Fresno police spokesman, told me. “The murder investigation has not been hindered in any way by identifying the victim as a man. Whether he’s gay, transsexual, or heterosexual, we’re going to investigate fully.”

“If they’re in female attire, if they lived as a female, then that’s how we should address them.”

But Karen Adell Scot, executive director of the Frenso-based group TransCare, says Haggard was newly transitioning and had attended at least four sessions of another Central Valley group for transgender women. Scot agrees with Jindasurat that “misgendering limits the amount of evidence that may be available” to help bring victims to justice.

In February, the FBI published a training manual noting that an attack on a cross-dresser indicates an “anti-transgender” crime, regardless of whether the victim has had surgery to change sex characteristics. “If a man wearing a dress is attacked after leaving a party, that would be an anti-transgender crime,” the manual states.

But investigators sometimes have legal reasons to refer to a transgender woman victim as a man: Some states make it difficult for people to change the gender listed on their driver’s licenses and birth certificates, which law enforcement use to identify victims. Medical examiner’s offices determine a victim’s sex after a physical exam and may also be required to use the victim’s legal name.

At the San Francisco Police Department, which employs transgender officers, the policy is to refer to both victims and suspects of crimes by their preferred pronouns. If someone has died, investigators talk with the person’s family and community members, says Officer Esparza. He couldn’t comment on the Fresno homicide investigation, but said that in his department’s own investigations, he and his colleagues keep the following principle in mind: “If they’re in female attire, if they lived as a female, then that’s how we should address them.”

Esparza says using people’s preferred identities isn’t just a matter of respect—it’s also practical. “Without the community, the police department is not functional. We have to serve the community, and we rely on their help when things occur, as far as crimes go, so we need to have that trust.”