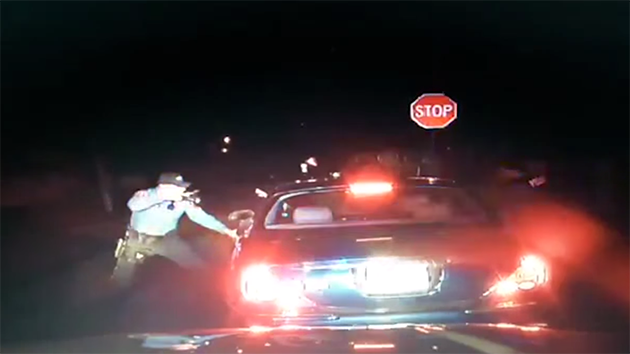 A New Jersey grand jury has decided not to indict two Bridgeton, New Jersey, police officers who shot and killed Jerame Reid in December 2014. Reid’s death sparked protests in the town, about an hour south of Philadelphia, as the national conversation about police shootings of black men intensified in the months after Michael Brown’s death in Ferguson, Missouri.

Reid, 36, was the passenger in a car pulled over on December 30, after it allegedly didn’t come to a complete stop at a stop sign. Bridgeton police officers Roger Worley and Braheme Days approached the car, and Days, talking to the driver of the car from the passenger side, began to explain why the officers pulled them over. Days then apparently noticed a gun in the glove compartment after the driver reached for his papers, and immediately drew his gun. Days reached in, removed the gun, and told Reid and the driver not to move. Reid said he was going to get out of the car and get on the ground, but Days told him not to and tried to keep the door closed. Days can be heard in a police dashboard camera video saying Reid would be dead if he reached for anything.

Reid opened the door and got out of the car with his hands up, after saying, “I ain’t doing nothing. I’m not reaching for nothing, bro.” As Reid got out, Worley fired one shot through the car’s windshield and didn’t hit anything, according to the Cumberland County prosecutor’s office. Days fired seven shots, which struck Reid repeatedly, according to prosecutors.

Both officers were placed on paid administrative leave pending an investigation, and Reid’s family filed a civil rights lawsuit in federal court against the city of Bridgeton. Days is also facing a separate lawsuit for an alleged rape. A message left for the Bridgeton Police Department wasn’t immediately returned on Thursday afternoon. In June, Cumberland County reached a $340,000 settlement with Reid’s estate for a lawsuit he had pending against the county, alleging that he had been beaten in jail after a 2009 arrest.

Bridgeton is near Vineland, where another man died at the hands of the police. Phillip White, 32, died in custody shortly after the Vineland police tried to arrest him. A cellphone video shows the police on top of White and punching him, while also letting a police dog bite him. That investigation remains ongoing.